The blue shells and the bob-ombs of Gamescom 2017

Gamescom is, to all intents and purposes, very much the sexier, more refined European cousin to E3’s bold, brash American convention. If E3 is a Michael Bay movie (all big bucks, explosions and exposition), then Gamescom, which wrapped up this week in Cologne, Germany, is the thoughtful foreign film with more to offer. As the name suggests, it’s also all about the games, not the industry blather. It’s more a celebration of gaming and less of a pissing contest. That being said, it’s still the largest games show in Europe, so it’s not all delightful indie gems and witty banter.

It was also the show’s biggest year ever this year. According to their press release, Gamescom 2017 beat its record for visitors, with over 350,000 guests across the full event. That makes it slightly bigger than Gamescom 2016, which had approximately 345,000 visitors, and about 5 times larger than E3, which brought in 68,000 visitors in 2017. Gamescom's visitors hailed from 106 different countries all coming to visit the convention, which was host to 919 companies showing everything from console and PC gaming, mobile and online, as well as VR and e-sports. 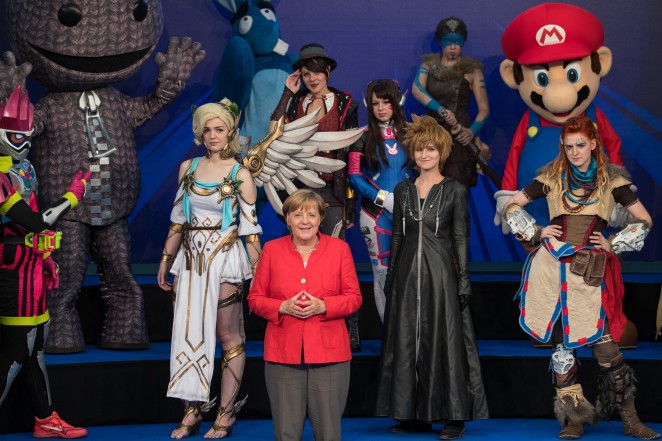 This year's event was host to a number of major events, including the wildly successful PlayerUnknown's BattleGrounds' first invitational tournament, Devcom (a game development conference with over 3,000 visitors), and a brand new SPOBIS Gaming & Media event focused on competitive gaming. The opening ceremony was hosted by German Chancellor Dr Angela Merkel, who emphasized the success of Gamescom and its importance as an economic and cultural asset. I didn’t get the chance to attend the convention myself this year, but I have spent the best part of the last week trawling the web to source what I feel are some of the most notable games from the show. The good, the bad and the bonkers.

"Gamescom 2017 set new standards and a new visitor record. More than ever it proved its exceptional worldwide importance as a 360-degree experience event and leading communications platform for current and future themes of the computer and video games industry" Gerald Bose, president of Gamescom organizer Koelnmesse GmbH

The Blue Shells (The Best)

The amount of good to great looking indie games on show at this year’s Gamescom was frankly unreal, but of all the indie games I managed to catch a glimpse of Swords of Ditto probably looks the most exciting. Like a mishmash of all the best vintage Legend of Zelda games given a co-operative makeover, it also looks incredibly colourful, with a Saturday morning cartoon/Adventure Time aesthetic that I’m all over. On the flip side, we have Ruiner, which has been created by a team of Polish creatives who previously worked on Shadow Warrior and The Witcher (both games I loved). It’s a gory, top-down action game with a really unique look and it’s probably one of the only Xbox games I’ve seen in recent months that has made me consider dusting off the Xbox One.

Of the ‘triple A’ games, Bethesda really seemed to hit it out of the park with The Evil Within 2. I was a big fan of the first game so was always going to be paying attention to this one, but the idea to shoehorn an open-world setting into the game didn’t sit well with me at first. I loved the serialised nature of the first game and simply don’t have the time or the inclination for open-world games these days. The footage, however, set my fears to rest. Another game I’ve been waiting to play for a few years now is Cuphead, which is still alive and well! A zany shooter evoking the style and hand-drawn 1930s cartoons, it looks like sheer poetry in motion and I am happy to report it’s finally due to hit the Xbox One and PC this month! Another reason to dust off that Xbox then! 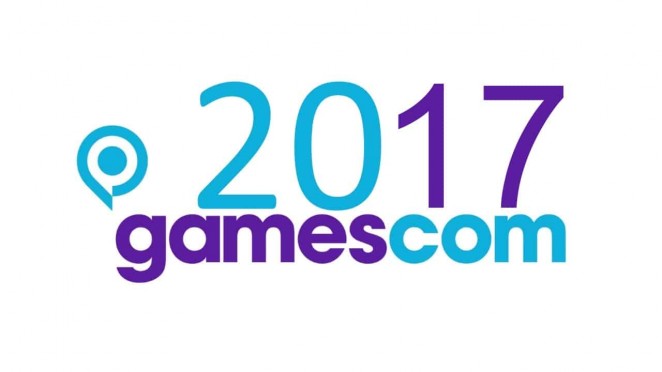 The Bob-ombs (The Worst)

Whilst they have admittedly fallen short of their main rival Sony when it comes to sales of their current console, I personally think that Microsoft should have stuck to their guns instead of rolling out so many hardware ‘upgrades’ and the Xbox One X, whilst on paper a real powerhouse of a console, is perhaps the most elaborate and pointless (for most) upgrade of them all. Gamescom was Microsoft’s chance to get the gaming community pumped up for the Xbox One X, but instead, we got the same marketing spiel and no reasons to consider upgrading besides the fact it’ll make conventional Xbox One games look better in 4K. Admittedly 4K is more common these days, but the Sony PS4 Pro, whilst a lot less powerful on paper, does pretty much the same thing for a much more attractive price. Will the One X go down in history as another Sega CD/32x style misfire? Who knows, but my money is on the £500 console tanking and tanking hard.

One area in which I expected Gamescom to shine was in VR, but, unfortunately, all we got was the same tried and tested jump-scare horror games and VR ports. On the first note, we saw a lot more of The Inpatient, a psychological horror game from the team behind Until Dawn and its VR spin-off Rush of Blood, which looks effective, but generic. As a PSVR owner, the primary problem any horror game is going to have is that it has to compete with Resident Evil 7, which is arguably the definitive VR experience on any platform thus far. Inpatient looks neat, but we’ve seen it all before. Ubisoft’s Transference, meanwhile, seems a little more ambitious, but solid details are scarce. Reports reveal that it’s full of jump scares, but I’m willing to at least give the demo a go when it eventually drops. As for the VR ports, meanwhile… Skyrim VR looks horrendously ropey and Final Fantasy VR Fishing looks just as dull as it sounds. Sigh.

Next year's Gamescom will take place August 21 through August 25, 2018, once again in Cologne, Germany.

Benjamin Hiorns is a freelance writer from Kidderminster in the UK. His opinions are very much his own and in no way reflect those of the Creativepool community at large.

PS – My mates (who actually did attend Gamescom this year) run a YouTube channel that I really think deserves a little more love, so please lend your peepers to the video above and hit subscribe if you enjoy games and laughs in equal measure.