The Beeb's new take on Glastonbury

As Glastonbury 2013 gets ready to kick off, those of us who are not there in person will no doubt be tuning into the BBC at some point over this weekend to enjoy their ever-extensive coverage of the event.

The BBC have just unveiled their new logo for their Glastonbury coverage, a task which was commissioned to London-based creative agency Studio Output who were told to 'think Beyonce' instead of going along the stereotypical washed-out hippie lines.

This is the result...

The existing typography was tweaked for greater legibility and the agency worked with Found, their moving image partners who came up with the animated sting using the letter 'A' as a glittering representation of the pyramid stage at it's finest.

"Something you always notice at Glastonbury is the way the excitement builds as day turns to night," explains Studio Output's creative director Alun Edwards. "We wanted to capture that feeling of glimpsing the setting sun, or being blown away by the stage lights of a headline performance."

Here are some past logos as used by the Beeb... 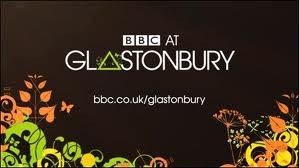 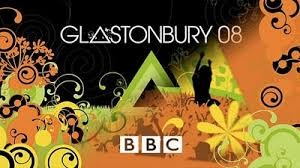 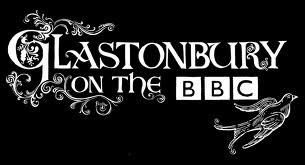 As 296 BBC staff decamp to Glasto, we hope you have a great festival, whether you are watching it from a field or your sofa.