That Google Memo: The sacking, the fallout and everything else

Last weekend, an internal memo from a Google software engineer with an incendiary title and even more incendiary content, went viral. Yesterday, it was confirmed that the employee who birthed the memo had been fired. The real question on everyone's lips, however, isn't whether or not the man subsequent reports have named as James Damore should have been fired, but whether his views deserve debate or outright condemnation, and whether or not his sacking was actually justified. Personally speaking, I think it was more than justified. I found the “Google's Ideological Echo Chamber” memo to be condescending, patronising and potentially damaging to the company. It was also (if I'm being brutally honest), a little dull. But it's not the memo itself that should be causing concern here, it's the fallout from it.

A worrying number of commentators have jumped to Damore's defence, and whilst many of them might appear on the surface to be your typical Trump voting, alt-right mouth-breathers (he has reportedly already reached out to Brietbart, to complain that he was fired for “perpetuating gender stereotypes”), Damore himself has said that fellow Google employees have expressed their gratitude. Just as many, however, have made great efforts to distance themselves from him. Some Google staff defended Damore, taking to anonymous message boards such as the workplace gossip app Blind to share their views. Public comments, however, were much more critical, with Google employees tweeting that “the internal response to the doc ranges from anger and disgust to sadness,” and “it went viral because 99% of people wanted to comment about how unsupported/wrong/hurtful the doc was.” Google, for its part, accepted that “much of what was in the memo is fair to debate,” but also admitted that there were parts of the memo that are simply indefensible.

Sundar Pichai, Google's CEO, fired Damore on Monday morning (August 7), after admitting that portions of the bizarre doctrine violated Google's code of conduct and “crossed the line by advancing harmful gender stereotypes.” If you've read the document yourself, you'd be hard pressed to disagree. It accuses Google of silencing conservative political opinions and argues that the biological differences between men and women determine why there’s a shortage of women in tech and leadership positions. The 10-page memo, which you can read for yourselves HERE if you're so inclined, argues that (and I quote) “the abilities of men and women differ in part due to biological causes and that these differences may explain why we don't see equal representation of women in tech and leadership.” and that we “need to stop assuming that gender gaps imply sexism.” Damore, a chess master who studied at Harvard, Princeton and MIT and worked at the search engine’s Mountain View HQ in California, also claimed that women have a lower tolerance of stress and that conservatives are more conscientious.

To play devil's advocate, the memo is at least comprehensive, but the research seems iffy at best. Damore apparently used Wikipedia entries and various blog posts alongside academic research and links to discussion boards to back up his claims. He also used news articles from outlets such as The Wall Street Journal and The Atlantic, as well as smaller publications like libertarian magazine Quillette. Many of the sources he pulled from, however, were quoted completely out of context. 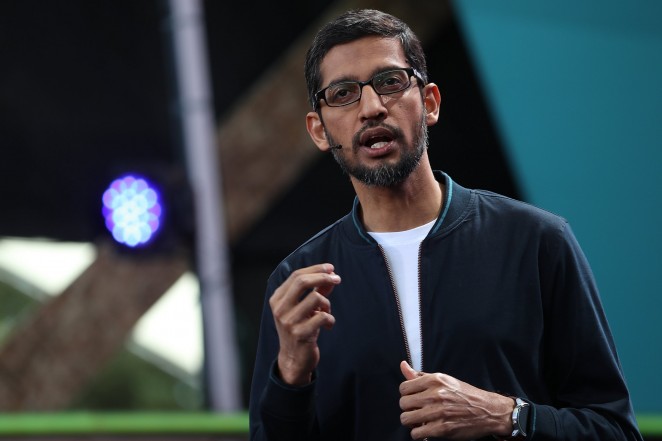 Pichai has said that the memo has already negatively impacted Google employees, who had started to feel like they were second-guessing their own opinions, thoughts, feelings and motives because of the memo. He explained: “The memo has clearly impacted our co-workers, some of whom are hurting and feel judged based on their gender. Our co-workers shouldn’t have to worry that each time they open their mouths to speak in a meeting, they have to prove that they are not like the memo states, being ‘agreeable’ rather than ‘assertive,’ showing a ‘lower stress tolerance,’ or being ‘neurotic.’” This is troubling, but understandable, especially given the media coverage the memo has already received.

Damore confirmed his dismissal via an email to Bloomberg, in which he states that he had been fired for “perpetuating gender stereotypes.” He also said in the same email that he’s “currently exploring all possible legal remedies” to the situation, inferring legal action. He added that before his termination, he had submitted a complaint to the National Labor Relations Board claiming that Google’s upper management was “misrepresenting and shaming” him in order to silence his complaints. It is hard to feel any sympathy for a man who feels that men are biologically more suited to coding jobs than women, but, whilst I personally feel his dismissal was justified, I completely understand there are those who might view it as unjust.

The “freedom of speech” debate looms large over the whole sordid affair. Damore argues: “I have a legal right to express my concerns about the terms and conditions of my working environment and to bring up potentially illegal behaviour, which is what my document does,” but I'm not 100% sure what this “illegal behaviour” actually is, and whilst he does have the right to express his concerns, he is doing so under the banner of a company with a noted progressive stance. Indeed, Google has already publicly announced its intention to improve the company’s diversity programs and close pay gaps between men and women. Google has always promoted an open culture and has allowed employees to question senior executives and their decisions via internal forums, but Pichai has said that while he supports free expression in the workplace, the memo has gone too far. So, my argument is that it's surely well within Google's rights to distance themselves from a man who is openly critical of their progressive practices and seeks to undermine them from within?

I've already made my opinions clear, but much of this subject, arguably like the memo itself, is open to debate. Do you feel that Google was simply so resistant to conservative ideology that it couldn't cope with having a right-winger in its midst? Does James Damore make a few genuinely good points in his rambling misogynist essay or is it all a load of hot air? Either way, Damore has reportedly already been offered a job from WikiLeaks founder and professional troll/martyr Julian Assange. So he'll probably land on his feet. Meanwhile, the world of tech continues to suffer mounting criticism for simply not doing enough to stamp out gender inequality. This is just another straw on the camel's already blighted back. 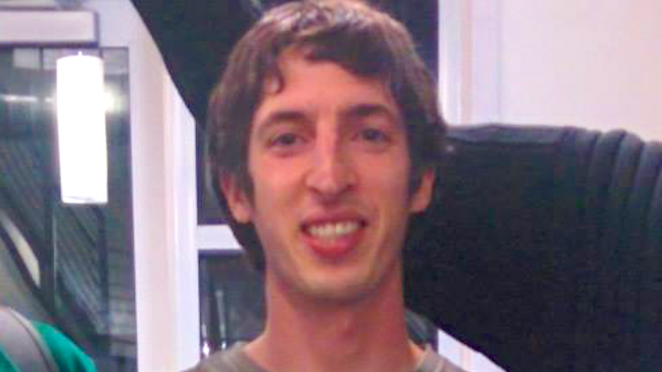 I've reached out to a number of industry insiders, who will be lending their opinions on the subject to me over the next few days. Keep your eyes glued to Creativepool next week for their collated responses.

I'm more than welcome to address genuine concerns and participate in a reasonable debate, but I detect more than a pinch of the angry troll here.

I generally don't respond to trolls, because it just feeds into the hate vortex. So, if you're looking for a fight, you won't get one here. However, you've called my professionalism into account so I feel I should at least offer a brief retort.

I have read the memo itself, what kind of writer would I be if I hadn't? The problem here is that you simply don't agree with my interpretation of it and, it would appear, we have some pretty blatant ideological differences.

I think there is something VERY wrong in stating that men and women differ in ability due to biological differences. Such rhetoric can, if left unchecked, engender feelings of male superiority amongst those already predisposed to it, and lead to female employees feeling uncomfortable and like they are somehow 'less than' their male counterparts because they happen to have been born without a penis.

I'm more than open to discussing our disagreements in a civil manner (as otherwise the whole thing just becomes an echo chamber of back-slapper confirmation bias) but it sounds to me like you brought knives to this word fight, and I'm not about to bloody the pages of Creativepool with that nonsense.... Maybe try Breitbart?

I apologise if you presumed I was inferring you were some kind of raving alt-right bigot. I merely posted the Breitbart line in jest and admit it might have been an unprofessional, misplaced jolt of joviality in an otherwise rather serious post. Again. My apologies.

I will not, however, apologise for standing firm behind my beliefs and for defending my posts.

I have never once asserted that I expect everyone to agree with everything I post. Indeed, I welcome the chance to debate some of the issues raised and was actually encouraged to see somebody posting on this piece.

I am simply virulently against the fractious nature of the memo. It’s dangerous stuff and I’m not sure even its author appreciated just how dangerous it was when he posted it.

Thank you for your feedback.