Will.i.am gets into the jack-less iPhone headphone game

Music producer, TV host and Black Eyed Pea, Will.i.am, has made another foray into the design world, this time with a pair of wireless headphones inspired by the shape of vinyl records. The i.am+ Buttons headphones are backed with magnetic metallic discs which, when not in use, join to form a necklace. They connect to the user's device through Bluetooth, negating the need for a headphone jack. When fully charged, the buds, which were created in partnership with Apple to work with their controversially headphone jack-less iPhone 7, have over six hours of battery life. The Buttons provide iPhone 7 users with an alternative to Apple's wireless headphones, which were heavily criticised when they were first unveiled in September. The Buttons are available in black, grey, rose or gold, and are priced at the decidedly luxury price of around £185.

Geometry Global invite us into the Store of the Future 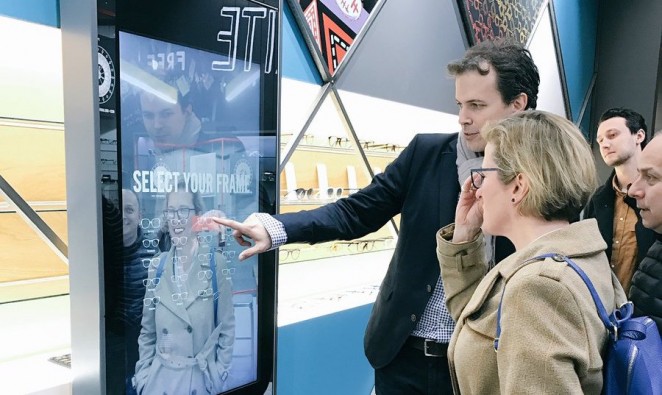 Last week, 350 leading FMCG manufacturers, retailers and influencers met at the annual Omnishopper International event this month with a single focus: to spark new ideas across shopper insights, shopper marketing, in-store, online and at home. In short, to shape the future of retail. Heads of innovation, e-commerce and shopper marketing from major businesses including Unilever, Danone, Coca-Cola, Harrods, Mondelez Europe, Samsung, Shell Retail and Tesco were amongst the delegates at the London Marriott West India Quay Hotel between the 15th and the 17th of November. As part of its partnership with Omnishopper International, Geometry Global EMEA used the opportunity to serve up a personal tour of the future of retail; inviting brand owners to visit a handful of stores innovating for the modern shopper and turning brand experience on its head. Geometry’s view is simple: winning brands and retailers recognise that shoppers research online and buy in-store, and, vice versa. Great retailers and brands worry less about where they convert the shopper as long as they convert. For some brands, the store is a show room experience to nudge shopper research, for others it’s a new way increase visibility and convert new customers.

“The showroom phenomena is coming out of the need for retailers to provide an experience that can't be replicated online” Geometry Global EMEA CEO, Pietro Leone 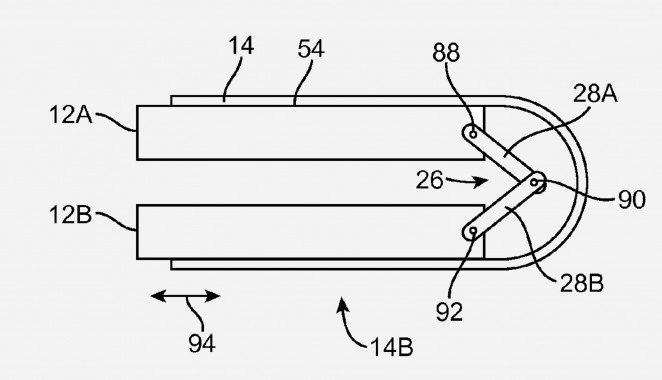 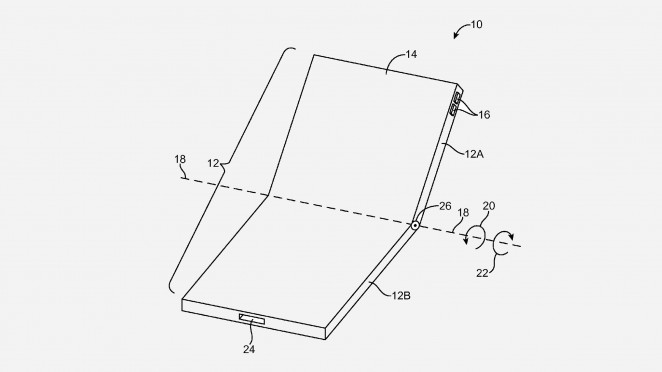 Apple has been granted a patent for a retro-style flip phone with an OLED screen display. The patent details a foldable potential future iPhone with a flexible OLED display that spans from edge to edge. Similar to flip phones popularised in the 90s by brands like Motorola and Nokia, the phone is capable of being folded in half across its middle. According to the patent, the phone would be split into two halves and joined by a hinge mechanism. The OLED screen itself doesn't split, and instead bends around the hinged case. Connections between the two case sections would be made through flexible printed circuit boards. Apple is yet to make wide use of OLEDs, which emit light across a surface rather than from a specific point. However, it has introduced the technology through the Apple Watch, and sources speculate it is likely to feature in the iPhone 8. In one example, the flexible screen folds over onto itself, but another configuration describes the display as facing outward after folding, with clips for fastening onto a user's clothing. The document also details options with two hinges and a glass covering, and with different viewing angles taken into consideration. Of course, retro flip phone enthusiasts shouldn't get excited just yet, as Apple famously files large numbers of patents each year, most of which never come to fruition. 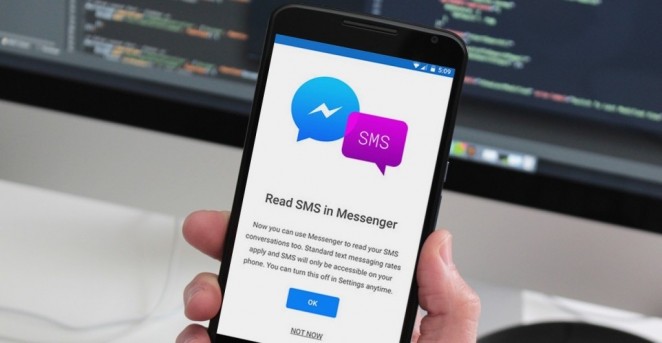 Ogilvy & Mather has stepped into the AI game in a big way with “Bots by Ogilvy;” an AI led model, which has been designed in-house by a team of tech & innovation experts to place conversational interaction at the forefront of a brand’s marketing roadmap. With AI now a permanent fixture on marketers’ agendas, the rise of Chatbots has emerged as the next pioneering step in consumer-facing artificial intelligence. Brands & advertisers are now looking to these digitally-engineered messaging bots to help remain at the forefront of the digital revolution. Grown from the demand to “make brands more human,” the idea is that the Bots by Ogilvy model will allow brands to develop bespoke Chatbots and connect with customers through opt-in, direct conversations across a range of messaging platforms, delivering data and insight in real-time back to the brand. The bot framework, created in-house, saw its first model to market rolled out earlier this month for client PHE to coincide with their Stoptober campaign. The Facebook-messenger bot was created to provide around the clock instant practical support & daily messages to smokers throughout the 28-day campaign. Most recently, Ogilvy were also invited by Mondrian London to create a Chatbot for guests that would act as both a tour-guide & showcase the hotel’s vast range of hospitality & entertainment services on offer. The birth of Ogilvy’s first Chatbot (Ogilvy Roombot) was developed following the agency’s move to Sea Containers, having sought a way to better connect employees and clients with the new building & its various benefits. With over 75 rooms, across 13 floors, servicing 1800 people, the Ogilvy Roombot was built to allow staff and clients to confidently navigate their way throughout the building, & remain up to date with various events & initiatives within the agency.

“We are at the start of a sea-change in how consumers interact with brands and, with Bots by Ogilvy, we want to help our clients profit from this” Will Godfrey, Experience Designer at Ogilvy

The Electric Bike which is also a speaker that charges your phone!

Electric bike manufacturer Noordung has designed a bicycle with a battery that charges phones on the go and functions as a backup speaker. The detachable battery sits atop the company's Angel Edition bike, where it sits upon a carbon fibre frame. Once removed, it doubles as a speaker that can play 100 hours of music, controlled by the user's phone. For those running low on power, two USB ports offer room to charge phones or other devices on the go. The multifunctional battery is also able to measure and report on air quality, as well as recommend cleaner routes. When it comes to powering the bike, Noordung claims the battery can carry riders for 30 kilometres from a single charge. The company will hand make a run of only 15 prototype Angel Edition bikes to start with, costing €9,760 each. Although the bike is currently still in prototype stage, the company promises to fix any problems that arise free of charge and will offer complimentary upgrades for the future. It also plans to seek feedback from the initial buyers, who they hope will will become friends and the ambassadors of the Noordung brand.

“We believe commuting is not just moving from one point to another. For us it represents a journey of joy” Noordung 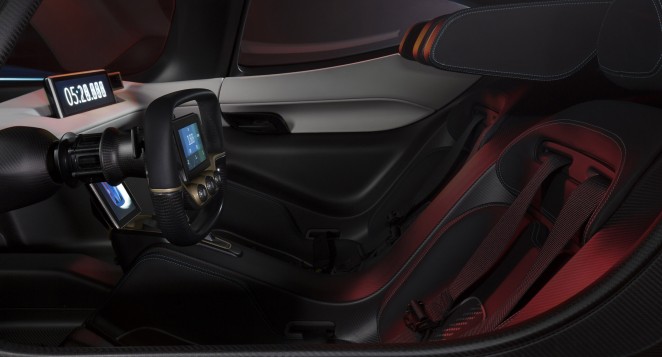 Chinese electric car startup NextEV has launched a vehicle it claims is the fastest electric car in the world. The EP9 supercar was unveiled at a launch event in London and is the first model from NextEV's new brand, Nio. Dubbed the world's fastest electric car, it can go from zero to 200 kilometres per hour in 7.1 seconds, and has a top speed of 313 kilometres per hour. The electric vehicle can be fully charged in 45 minutes and has a range of 427 kilometres. It also features an interchangeable battery system, which allows drivers to swap out the empty cells in eight minutes. To showcase the car's top speeds, the company raced an EP9 around the Nürburgring track in Germany; where it beat the existing electric vehicle lap record with its 7:05:12 time. The car's high-speed capabilities have largely been achieved through innovative design and material choices. The cockpit and chassis is made from carbon to cut overall weight and aid aerodynamics, while its rear wing lifts to three positions to achieve twice the downforce of a regular Formula One car. At the unveiling, NextEV Founder, William Li, said he expects electric vehicles to become the natural choice for everyone in the near future, a sentiment also expressed earlier this year by transportation designer Paul Priestman, who said he believed that battery-powered planes were the future. Maybe the dawn of mainstream electric transportation is finally upon us?

“The Nio EP9 was born to push limits and is the first stage of automotive production for Nio. It is a statement of our vision and technical and manufacturing capabilities” William Li