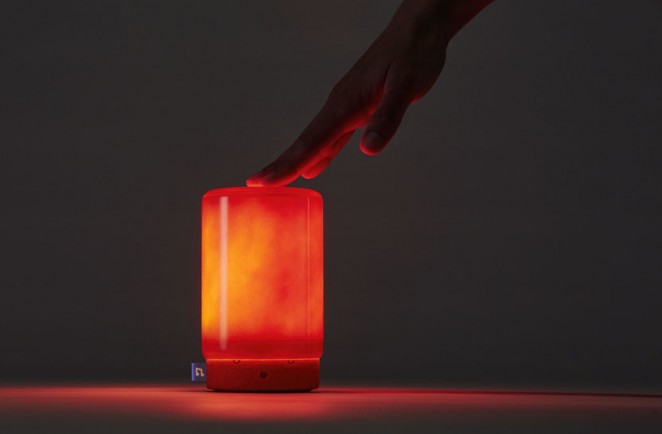 Suzy Snooze, which launches today on Kickstarter, is the latest in the BleepBleeps line of cute, connected devices that aim to make parenting easier. The device is an all-in-one baby monitor, sleep trainer and nightlight, which can be controlled via your smartphone. Suzy helps out with one of the biggest challenges for parents of young children: sleep, or the lack thereof. Like all BleepBleeps products (and unlike many parenting and connected/Internet of Things devices) it also places an emphasis on design. As well as helping out parents, Suzy also helps young children learn healthy sleeping patterns and rituals with a Sleep Sequence function, which uses patterns of light and sound to induce sleep at bedtime, before turning into a constant nightlight, to fill the room with a cosy light needed to create the consistent and calm environment to help children stay asleep. At a time set by the parent or guardian, Suzy’s hat gently pops up to let children know it’s time to get up, allowing both children and the whole family get a better night’s rest. Suzy Snooze can also be connected to the BleepBleeps app, allowing parents to monitor their child’s sleep via a smartphone and making it easy to schedule and log sleep routines for children, even recommending unique sleep schedules for children based on their age.

“The idea for Suzy Snooze came from my own experience of trying to create different sleep routines for my children with my wife” Tom Evans, Founder of BleepBleeps 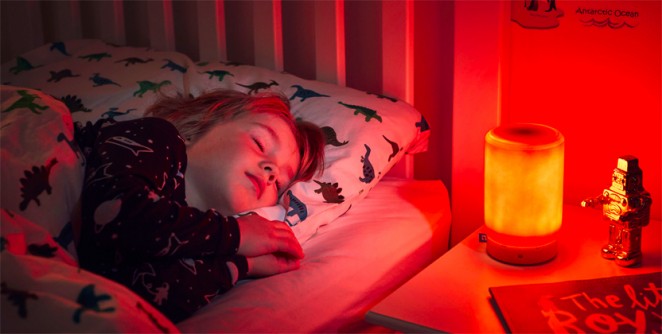 The device has been designed in collaboration with leading sleep scientist Professor Colin Espie of Oxford University, and Founder and Chief Medical Officer of Sleepio, a clinically proven digital sleep improvement programme and one of the world’s leading authorities on sleep. The twist is that by ensuring that kids adopt healthy sleeping rituals early on (incredibly important for their wellbeing), parents end up being better rested too, so this is as much for grown ups as it is for children. Alongside its own team of designers, BleepBleeps also brought together industrial designers MAP, technology consultancy Hirsch & Mann, and electronic music producer and DJ Erol Alkan, who has created a unique soundscape for the product. Like all BleepBleeps products, it was inspired by the simple geometric shapes of kids toys, with a wide range of other influences from iconic industrial design by the likes of Italian studio Alessi and Germany’s Dieter Rams to distinctive Japanese vinyl toys. Suzy Snooze has also been created with the input of hundreds of parents from the Mumsnet online parenting community. These same parents will help beta test Suzy Snooze before it reaches Kickstarter pledgers and store shelves. The Suzy Snooze Kickstarter launches today (Tuesday 21 June), and runs through to Thursday 21 July. 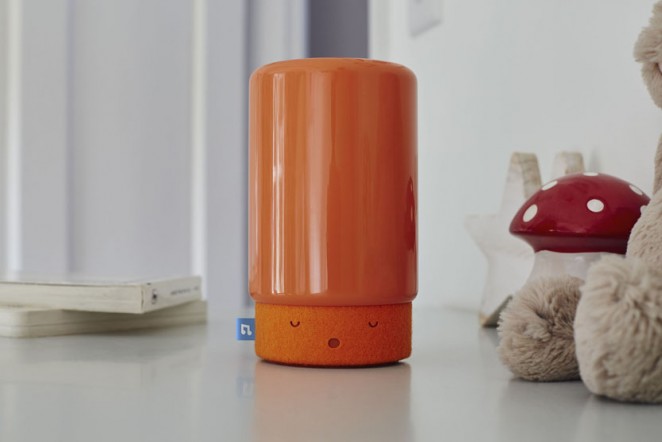 “We’re excited to be involved in the development of a world-first product, which will make bedtimes easier for families” Justine Roberts, Founder of Mumsnet

Blippar is giving creative agencies the chance to get their share of the projected $120 billion (by 2020 at least) augmented reality (AR) market with a new set of tools enabling them to create seamless AR experiences. Thousands of brands are already using AR, but only a handful of creative agencies are using it to its full potential. Blippar is making it possible for agencies to drive growth by inviting them to use its range of AR creation tools as part of a new Beta Programme, which it launched this week at the Cannes Lions festival. The new tools, designed specifically for creative and digital agencies, will make AR easily deliverable. The Beta Programme includes a new version of Blippar’s Blippbuilder tool, which enables the creation of AR content with no coding skills required, and the Blippar API suite, a tool for advanced programmers.This will enable agencies to develop creative solutions, which stretch from brand storytelling to shopper marketing. It will enable agencies exercise their creative as well as commercial muscles and push their clients into exciting new areas of brand building. These tools present a simple way for agencies to start creating AR, and provide a fast learning curve with drag and drop or JavaScript options.

“The Beta Programme is a unique opportunity for agencies to be at the forefront of innovation and drive this new behaviour” Ambarish Mitra, Blippar Co-Founder and CEO 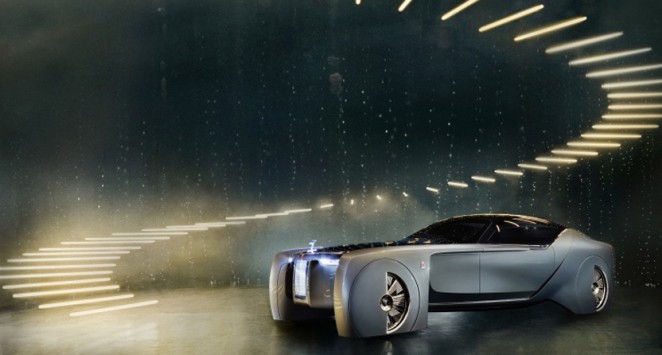 BMW Group has revealed a car concept for Rolls-Royce, which it says is a vision for the future of driverless luxury vehicles. Instead of a driving area, the Vision Next 100 features a lounge-style interior with Massacar wood interiors, an OLED display that functions as an entertainment and work station, and silk carpets and sofas. Rolls-Royce says customers would also be able to use interactive design tools that involve them in the design process, so that they can customise everything from the wheelbase and design of the body to the interiors before the car is built. Some might say it almost looks like the car Homer Simpson created (the same car that sank his brother's company), but this is an entirely new ballgame. For one thing, there's no wheel!

“With the Rolls-Royce Vision Next 100 we wanted to be as innovative as possible and at the same time transcend the design history of the marque” Giles Taylor, Design Director at Rolls-Royce

The car concept includes a virtual assistant called Eleanor, named after “Eleanor Thornton,” the model who inspired Charles Robert Sykes’ iconic ornament that appears on every Rolls-Royce car bonnet. Using virtual intelligence, Eleanor is able to control the entertainment system, speak to passengers and “learn about their interests and needs”, such as their favourite restaurants and tastes in art, according to Rolls-Royce. The roof and coach door have been designed to open like a clamshell, revealing the inside of the car so that passengers can stand up fully when they are getting out. At 5.9m long, there is more space for storage, including a luggage compartment. It also has a sport-style rear and curved cabin roof made out of black glass, while the car’s traditional Pantheon grille still features but with a smaller design. The car is due to hit the roads in about 25 years, but BMW Group has not given any indication as to how much it will cost. With inflation though, and the luxury market the car is being aimed at, we're probably not looking at an affordable motor here. 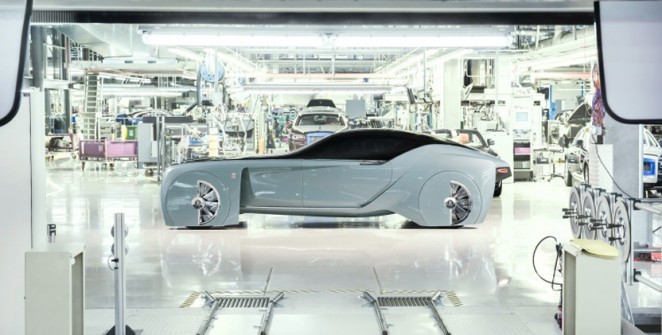 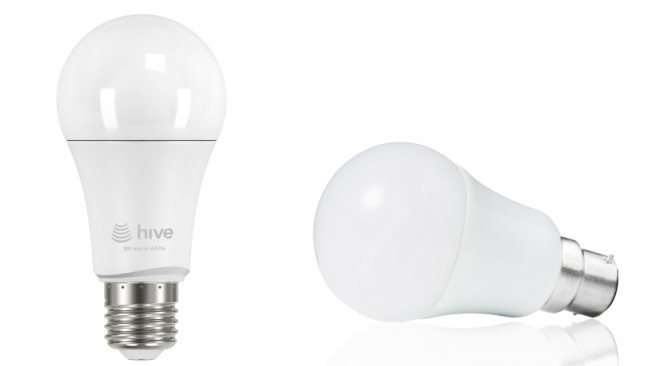 The British Gas connected home division Hive has launched a smart light bulb which will enable users to control their house lights from their phone. Hive Active Light looks similar to an ordinary light bulb, and is fitted in the same way, but can be connected up to the Hive iOS and Android app, enabling scheduling. Lights must be physically turned on at the switch in order to be controlled by the Hive app. The bulb is available both as a screw-in and a bayonet, and claims to be energy efficient. Hive says each bulb offers 25,000 hours of life. Designed by Hive’s in-house creative team, the bulb will help users save energy because lights can be controlled remotely, enabling them to reduce their energy bills, and it can help with security, as they can be scheduled to come on when users are away. The bulb can be set to an on/off function, or to a dimming function, where light brightness percentage is controlled via the app. The lightbulb does not work on its own however, and needs to be used with the Hive Hub connected home router, which is the control centre for all of the company’s products. Alongside the new product, Hive has also redesigned its app interface, enabling all Hive products to be viewed on a dashboard on one page, which the company says allows for seamless control of all products and lets customers see the status of all their Hive products in one place. A single Hive light bulb costs £19.99, and can be purchased from the company’s online shop, or multiple retailers.

“These products give people greater control of the space they love most, and can lead to energy-saving and mood-enhancing benefits” Kass Hussain, Director at Connected Home for British Gas 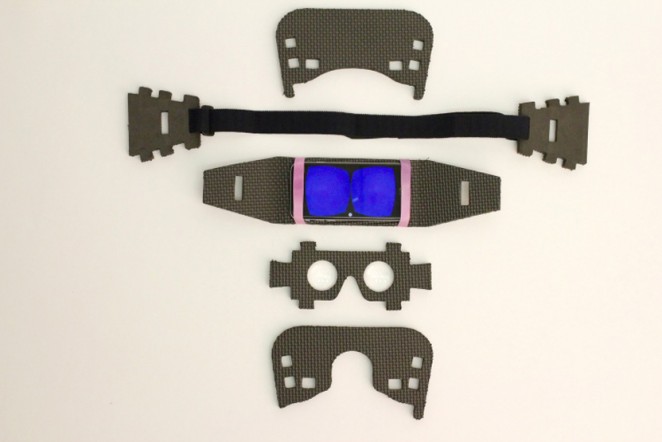 Digital and product design consultancy Frog is exploring the combination of design and medicine, with a new virtual reality project that will help burn patients when receiving wound care. For burn victims, the initial pain is followed by months of ongoing care and wound treatment that is often excruciatingly painful. But research has found that virtual reality is a highly effective way of distracting patients when cleaning and dressing their wounds. However, as many VR systems are customised and expensive, it’s not an approach that’s widely used in clinical practice yet. This is what Frog hopes to change with its VR Care device, a new concept that consists of a low-cost headset and a bespoke virtual reality gaming experience. VR Care was created together with Dr. Brian Pridgen, a healthcare design fellow at Frog and a Stanford plastic and reconstructive surgery resident. With it, Frog aims to create an affordable, easy-to-assemble VR headset that is suitable for use in a burn wound care environment, and it’s also developing an open-source game concept for use by burn patients. To help make healthcare solutions as widely accessible as possible, Frog gathered a number of design principles for the VR, which they came up with after speaking to nurses and patients. Their research showed that the custom VR headset needed to be very low-cost, as well as durable and water resistant, while still being comfortable to wear for the patient. It would ideally also be easy to assemble from pieces that would let it be flat-packed. Frog aimed for the headsets to cost $10 or less, so that hospitals are more likely to absorb the cost.

“This project has been an interesting case study of the potential for a medicine-design collaboration” Dr. Brian Pridgen

Other aspects taken into account include patient comfort, accessibility to nurses, eco-friendliness and making the assembly of the headset and the phone insertion into it as intuitive as possible. One of the problems with using VR for burn patients according to Frog is that there is a lack of functional VR applications that work when someone is lying down, which is often the case when patients undergo wound care. Another challenge was looking at the game experience itself, which has to allow for players with varying degrees of familiarity with both VR and games in general. Game content needed to be appropriate for players of all ages, and the use of bright colours in the game had to be limited since long exposure to bright colours causes eye strain. All of these principles and many others were taken into account when Frog was creating the VR Care headset and custom game experience. The game experience is now available as an open source Unity package, and the headset is already being used as part of an ongoing study with burn patients. 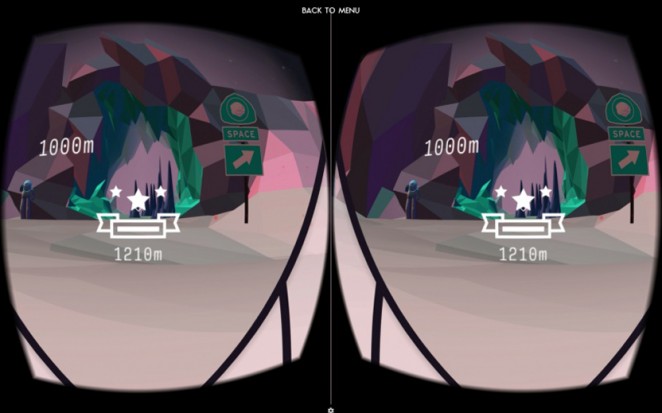