The Director of London's Natural History Museum, Sir Michael Dixon, has spoken out about the importance of the impact technology can have on visitor experience. Speaking in the museum's Darwin Centre as a part of London School of Business and Finance's (LSBF) Great Minds series, Sir Michael explained that technology is important for both visitor interaction and the science behind the scenes.

"Nowadays we use touch screens, so you can layer the information."

"In the days when we used printed labels, you were clearly limited by the physical space," Sir Michael said. "Nowadays we use touch screens, so you can layer the information. People can explore what interpretation we provide about objects based on their own interests." Five years ago we were worrying about what technology to put in our galleries. Nowadays everybody carries a smartphone, and instead of putting tech into the galleries, we should rely on people to bring their own smartphones. [Using smartphones] visitors can plot their own journey around the museum - customise their experience." 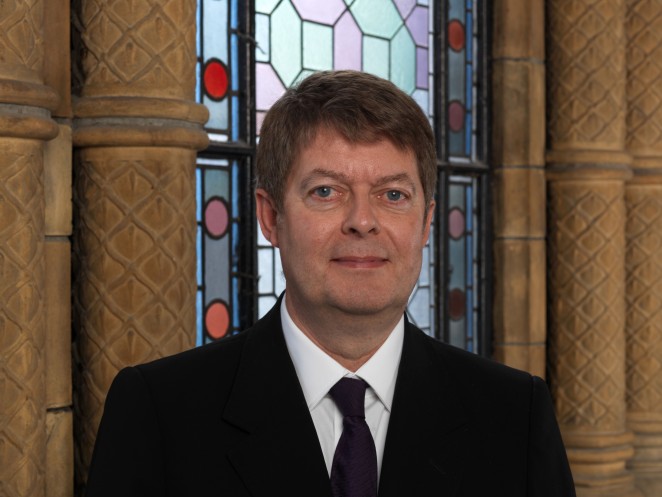 "The Natural History Museum is home to some rather impressive technology."

Looking at things from a more scientific angle, it's unsurprising that the Natural History Museum is home to some rather impressive technology. Sir Michael explained how the museum utilises their immensely powerful CAT scanner.

"We have a very rare and unusual anglerfish in our collection. We don't want to cut it open so we put it inside the CAT scanner. Anglerfish swallow things bigger than they are, and our scientists have been able to look at the skeleton of the fish inside it and determine what that species is. We even think we've been able to see the contents of the stomach of the fish that the anglerfish ate. We couldn't have done that 15 years ago. That's a very old specimen and we've been able to do that in a non-destructive way."

"This is phenomenal growth."

In the near 11 years that Sir Michael has been the Director of the museum, the annual number of visitors has risen from 3 million to almost 5 and a half million.

"[This] is phenomenal growth," Sir Michael said. "Far more than - dare I say it - most of the other museums across the UK have been able to achieve."

What is the LSBF Great Minds Series?

As well as offering programmes dedicated to fostering leadership skills, LSBF also endeavours to provide students with insight and inspiration through a number of innovative resources. One of these initiatives is the LSBF Great Minds Series: a collection of video interviews with leading business and political leaders promoting debate on education, employability, entrepreneurship and the economy.

"The video series started in 2011 with a conversation with Tony Blair."

The video series started in 2011 with a conversation with former British Prime Minister Tony Blair, followed by an interview with former Education Secretary Lord Kenneth Baker. In 2012, entrepreneur Sir Richard Branson, founder and chairman of the Virgin Group said that universities worldwide should become hubs to boost entrepreneurship and inspire self-starters to develop their own businesses.