Pornography is one of those rare commodities that many of us consume on a regular basis, but we never actually talk about (for obvious reasons), which is why I found the concept behind this debut solo show from photographer Sophie Ebrard and global music agency MassiveMusic, so inherently fascinating. The brilliantly named “It's Just Love” exhibition, which is part of this year's “Unseen Photo Fair” programme in Amsterdam (a city universally, and perhaps wrongly acknowledged as the home of everything pornographic), shows us the human moments that happen on on an average shoot.

From one actor ironing his shirt in the buff, to another 'performing' on her knees (don't worry, the really salacious stuff is hidden from view), using a soft cushion for extra comfort, there's something so marvellously mundane about these photographs, and mundane is rarely an adjective we use when discussing X-Rated movies. Ebrard's alternative take on the often misrepresented world of pornography will also be complemented by a bespoke soundtrack thanks to the photographer's partnership with MassiveMusic, a company that specialises in helping brands find their “Sonic identities.” MassiveMusic regularly operates outside the world of moving image to create sonic environments and music profiles for many brands and projects, including retail stores like Selfridges. Moving outside even the vast sphere of their usual work, however, the agency's London and Amsterdam offices have collaborated to help create an appropriate ambience for the project, delivering a soundtrack for each photo to create a fully sensory, audio-visual experience.

Paul Reynolds, managing director of MassiveMusic London, said of the project: “When you think about it, finding the right music for a film isn't totally different to a still image. With a photograph, we still need to draw out the story, enhance an emotional response, and transport the viewer from the world we see to a world we can experience. The great thing for this project is that we had no film edit to adhere to so the shackles were removed and we were free to discover the perfect tracks.”

As to how this unique collaboration came about, Reynolds adds: “I've been a fan of Sophie's work for a number of years and we got the chance to collaborate on a moving image project back in 2012. I've always loved the way Sophie tells a story through the still image, capturing real and very natural emotions. When Sophie asked us about collaborating for her event I was instantly interested and very much up for the challenge. At MassiveMusic we have become renowned worldwide for soundtracking the moving picture, but what should we do for a still image? He admits some initial hesitation (it is porn after all), but he felt that “Sophie's take on the world the actors and actresses live and work in” was fascinating, and he adds that in many ways the work isn't too dissimilar to their retail work, where they create sonic environments for public spaces.

Following an exclusive media preview on Tuesday, 15th September, the show will be open daily until 20th September

Following an exclusive media preview on Tuesday, 15th September, the show will be open daily until 20th September. So if you happen to be in Amsterdam that week, why not take a breather from the campy thrills of the Red Light District, and indulge in something a little more tasteful (though no less titillating) and a lot more interesting? 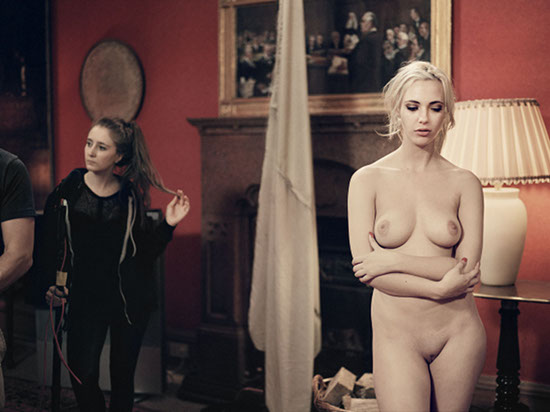 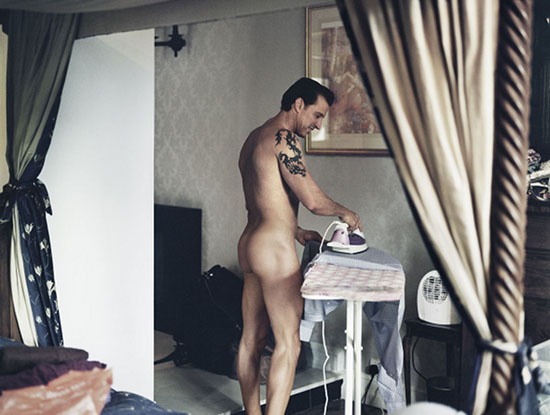