Soho House has teamed up with long-term collaborator Michaelis Boyd to renovate an old farm in Oxfordshire. The cunningly named “Soho Farmouse” is a hotel that combines the quaint beauty of the English countryside with the modern chic style of the brand's London-based members clubs and the cabin culture of upstate New York. Soho Farmhouse occupies a 40-acre site in Great Tew, near Soho House founder Nick Jones' own home. It provides guest accommodation across a series of cabins, a cottage, a farmhouse and tents. The site also houses facilities including a pub, farm shop and deli, children's entertainment area, cinema, gym, spa, indoor and outdoor swimming pools, restaurants and bars. The companies developed the site's existing structures, which include a dilapidated water mill that now houses a country pub, and also created a series of new buildings that shared a similar, thought updated aesthetic. 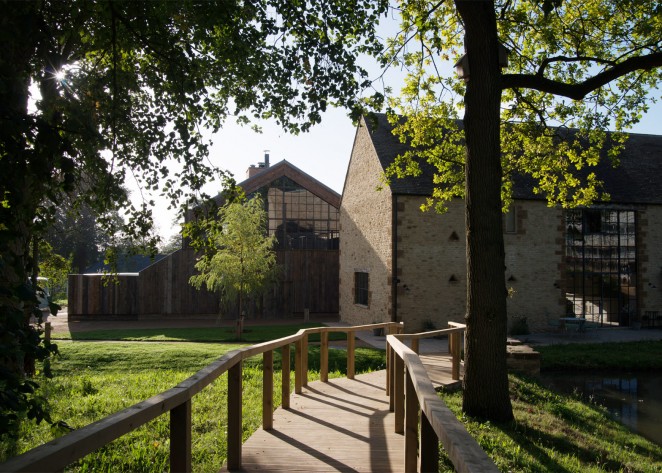 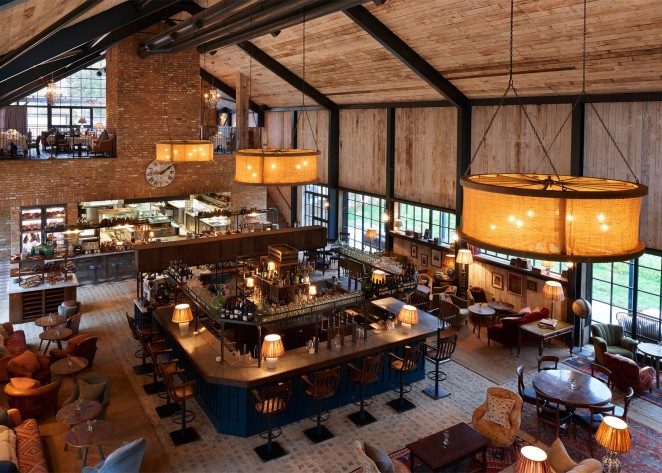 This combination of upscaling and modernisation creates a pretty unique vibe that we believe really sets the farmhouse apart. The little touches are what really make the farmhouse sing though. Crittall-style glazing is used to suggest an industrial origin for the building, while the roof over the terrace is covered with reclaimed chicken-wire corrugated glass sourced from America. The interiors, meanwhile, feature Soho House's trademark comfortable aesthetic, combining old and new dark wood furniture and plump, upholstered seating, with modern fabrics, muted wall coverings and raw finishes. Jones has said that the aim for all his properties is to design a place that feels like it has atmosphere with no one in it. Looking at the photographs scattered around this page, you'll surely agree that it's hard to argue with that statement here. 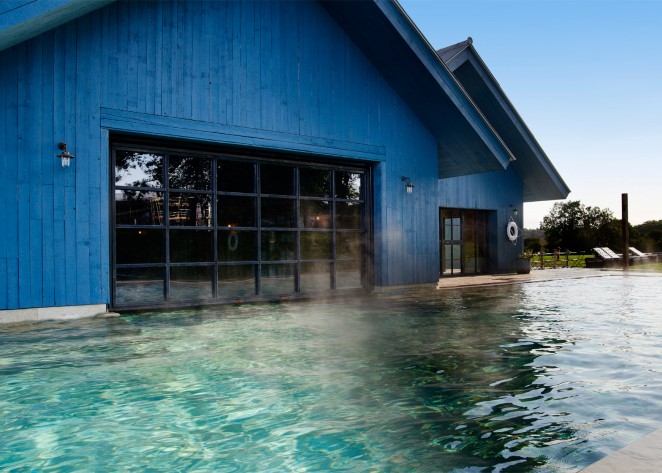 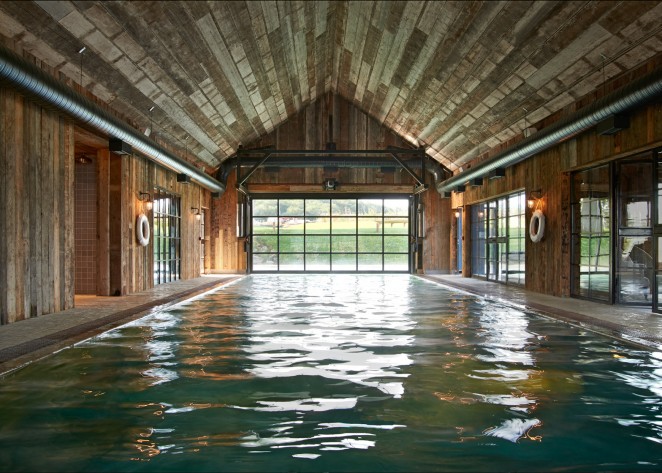 Michaelis Boyd co-founder Alex Michaelis said of the development: “Nick Jones has always wanted something that gets the design right then takes the edge off it to make it feel like the building has ended up like that over time. We've had to learn how to quite carefully design things but just slightly pull it apart and take the seams out of everything so that you can't really tell sometimes that we've been involved. One of the phrases Nick always uses is 'fucked up' - he says that a lot. He wants it done properly but wants it to look beaten up, so it looks like it's been around for a long time. It's quite a difficult architectural challenge. Nick's ideas and his foresight in what the market is and what needs to happen has always been amazing. In the early days there was really so little happening in England, pushing boundaries was quite easy – it's tougher now and he's still doing it.” Soho House & Co architect Alex Jackson, added: “The Soho Farmhouse aesthetic was influenced by upstate New York cabin culture. Interiors feel contemporary yet still authentic – the aim was to give a home-made and personal feel, more like a guest cottage on a farm.” 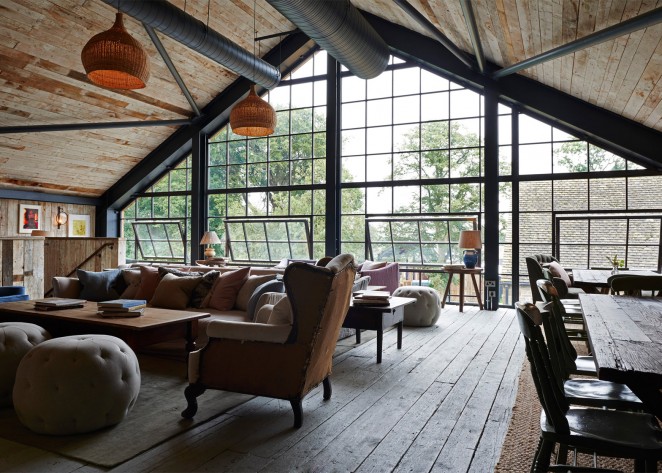 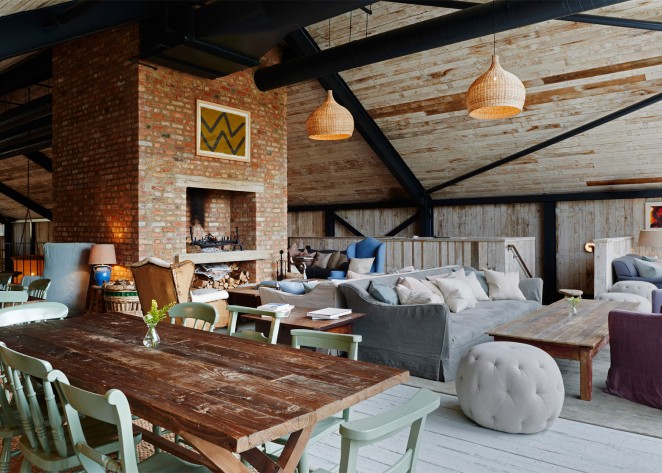 Guests stay in wooden guest cabins, which contain between one and three bedrooms and are arranged around the lake, within a short walk of the main communal spaces. Each features a different interior design, ranging from minimal to rustic, with reclaimed timber walls and flooring. The new structures include the 805-square-metre Main Barn, which houses a restaurant and bar. This steel-frame building features walls made from exposed recycled timber, with cobbled stone flooring on the ground floor and more timber on the mezzanine dining levels. A new 1590-square-metre building on the edge of the farm's lake, called the Boathouse, meanwhile, is arranged as a series of staggered gabled structures with an interior designed to suggest a working boathouse. This houses the swimming pool, as well as a spin studio, and steam and sauna facilities in the basement. 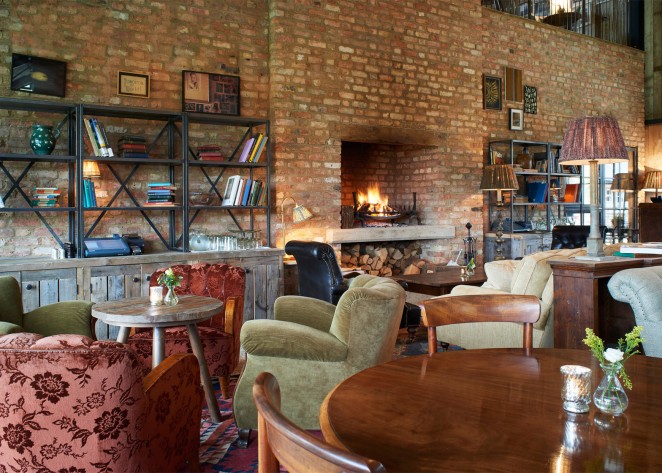 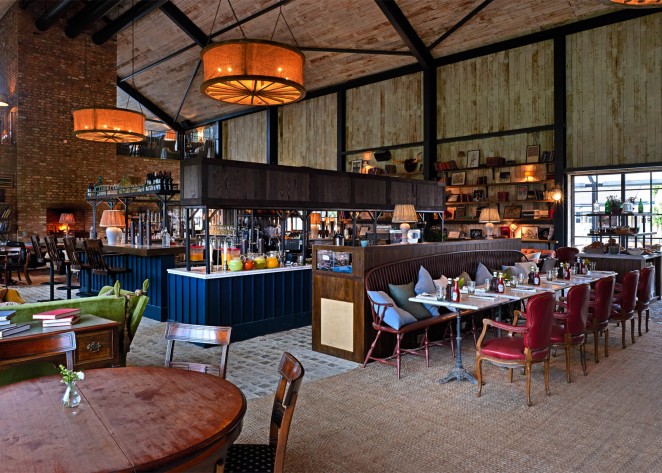 The Gym and Yoga Studio building has a more contemporary appearance with a largely glazed eastern facade and blackened timber exterior walls. The minimal interior features cork flooring and white walls, with pendant lights by designer Anton De Groof. There's also a cinema building made from brick and corrugated metal, which contains a carpeted 390-square-metre screening room with walnut veneered panelling, red velvet seats and day beds. Finally, a green hillock on the mill pond known as the Steam and Sauna Island contains a series of small pavilions designed to look like self-built huts. The steam and sauna buildings are separated by a walkway with a glazed roof that leads to a range of hot tubs. The original courtyard in the middle of the farm's old industrial buildings was retained to act as the main gathering and socialising space, with the Main Barn at the centre. Original stone buildings around the sides now contain guest rooms, eating and dining areas and other facilities. 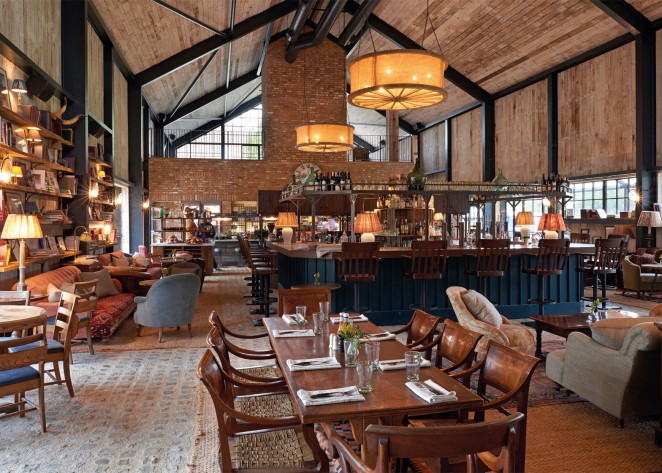 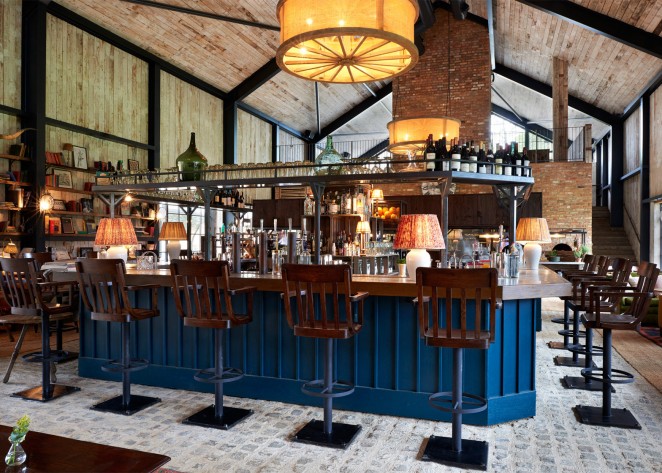 Since Soho Farmhouse opened last August, it has added 15 bell tents to its accommodation in an area near the lake called the Farm Camp. These include six-foot beds, wood burning stoves, rugs and armchairs. The project is one of the last in Michaelis Boyd's 20-year collaboration with Soho House, which began with the bar of its first members' club in London. Jones brought all of his design services in-house four years ago, and is now also launching Soho Home, which will allow people to buy the furniture, furnishings and tableware they see at his properties. 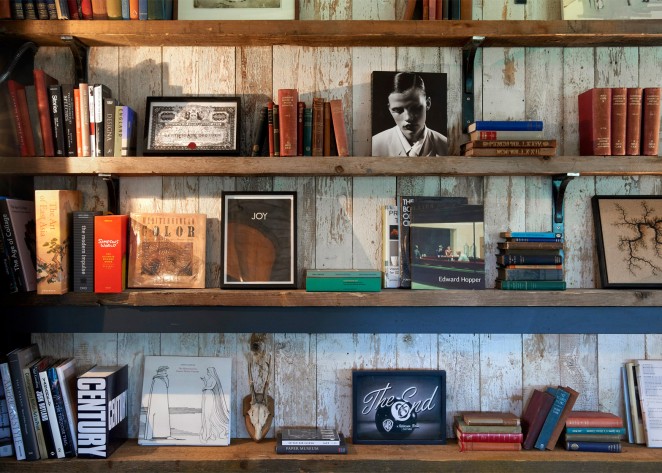 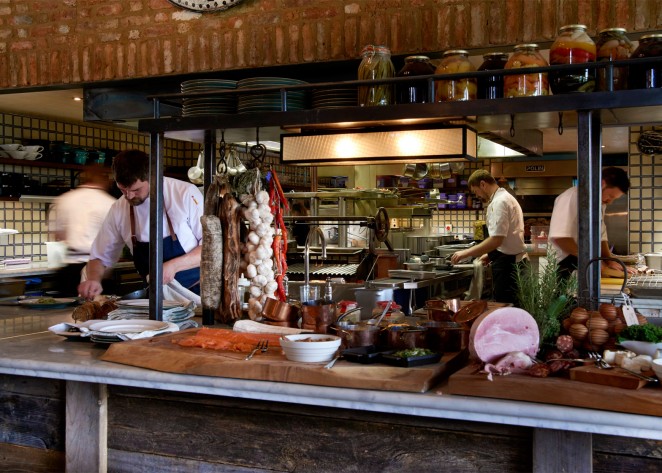 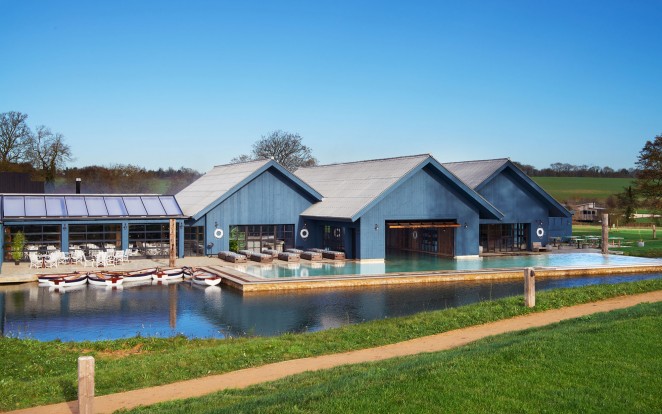