Nobody was prepared for the abhorrent series of events that befell the staff members of the satirical French magazine Charlie Hebdo yesterday in Paris. The vicious attack, brought on (once again) by nothing but harmless religious satire, shook the world at lunch time yesterday (Wednesday 7 January), with everyone from Barack Obama to Ian Hislop speaking out against the horrendous, cowardly murder of 12 innocent satirists by a trio of evil zealots, high on their own indoctrinated hatred.

(Above) Illustration by Francisco J. Olea 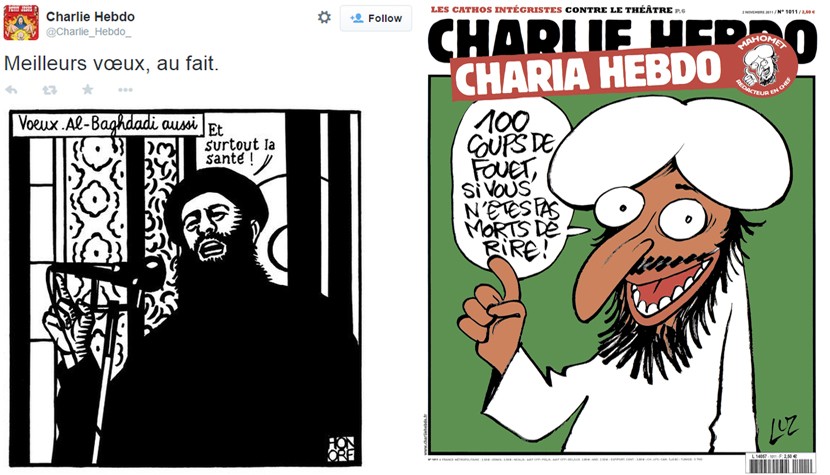 Individuals slain in the attack included editor Stéphane Charbonnier, who operated under the pen-name “Charb.” Charb had been placed under police protection after his name appeared as part of a “Wanted for crimes against Islam” propaganda publication in 2013. Editor-in-chief Gerard Biard was not present in the offices at the time of the attack. He was shocked that such an attack could take place in a secular republic, and said he couldn't “Understand how people can attack a newspaper with heavy weapons,” because “A newspaper is not a weapon of war.”

I won't go into further details, because they have been written, explained and analysed in great detail elsewhere, but it is interesting, and inspiring to note how the internet has reacted to this unspeakable tragedy. The thought process behind such an attack was undoubtedly to scare the western world into submission, but thousands of social media users worldwide have not allowed fear to seep into their fingers and stop them venting their ire and sharing their support for the magazine and its supporters. The hashtag #JeSuisCharlie has become one of the most trended phrases on Twitter over the past 24 hours, and with good reason. 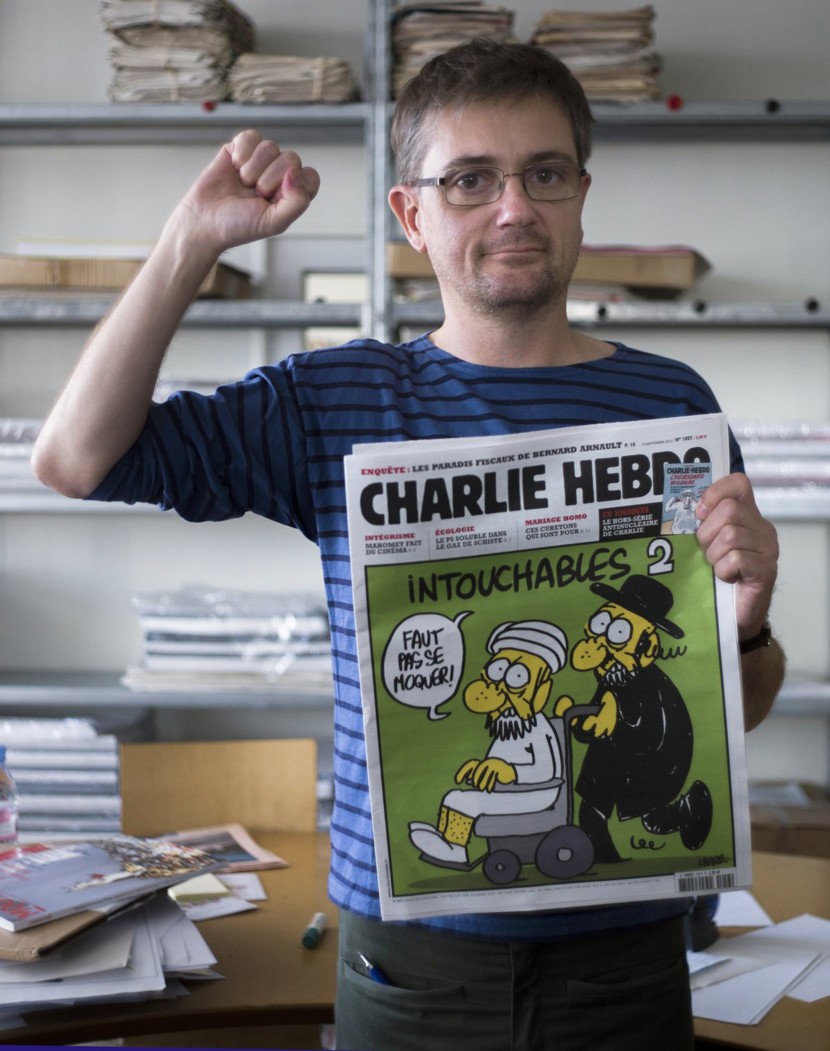 It's a statement that underlines the power of free speech, and it (for once) serves to show us just how powerful a force for good social media can be. The phrase, which roughly translates in English to “I am Charlie,” (possible a fresh spin on "I am Spartacus") has been retweeted by hundreds of notable users, including celebrities, journalists and politicians too numerous to mention. Social media is more often than not used to spread the kind of pointless piffle most of us would choose to ignore unless our lives depended on it. However, the fact that such a strong, defiant message has been lent wings by Twitter, Facebook and Instagram, surely proves there is a point to it all besides telling strangers what we had for dinner and having public, passive-aggressive conversations with our 'friends' and followers. 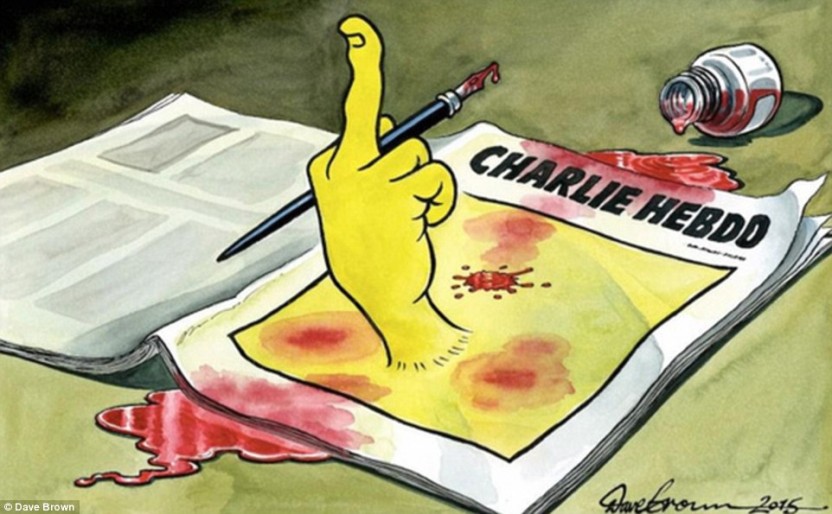 The fact that such a strong, defiant message has been lent wings by Twitter, Facebook and Instagram, surely proves there is a point to it all

This is, of course, not the first time a social media hashtag has been used to show a global sign of solidarity, but it is the first time a hashtag has managed to have such a dramatic impact following such a monumental tragedy. The impact was so far reaching, in fact, that the US embassy in France changed its main Twitter avatar to a text image featuring the slogan, which also makes up the home page of the Charlie Hebdo website. 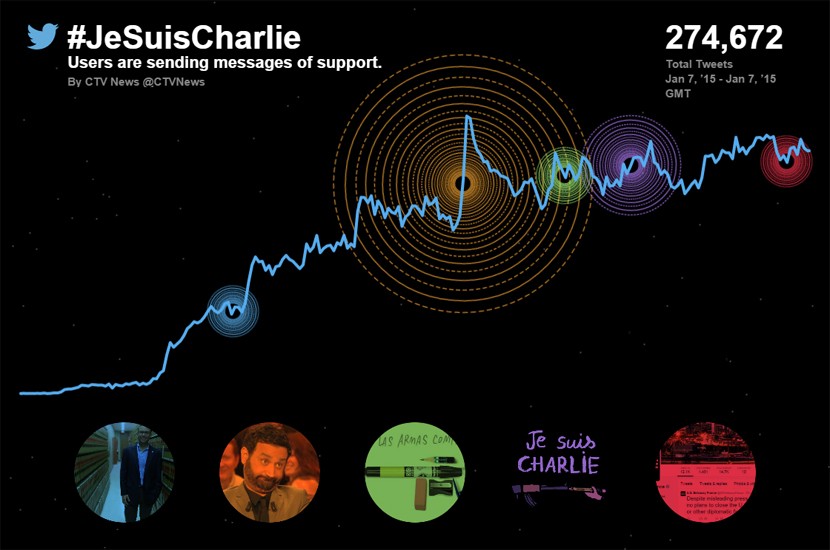 Remarkably, despite being dealt perhaps the harshest possible blow, Charlie Hebdo's remaining writers and illustrators have vowed to keep the magazine going, though it's unclear yet in what capacity or if it can feasibly continue to act as France's agent provocateur. However, the determination to carry on should hardly be surprising given the zeal expressed by Charbonnier in a speech he gave back in 2012 following an uproar over an illustration of his depicting the prophet Muhammad: “Muhammad isn't sacred to me. I don't blame Muslims for not laughing at our drawings. I live under French law. I don't live under Quranic law. The freedom of the press, is that a provocation? I'm not asking strict Muslims to read Charlie Hebdo, just like I wouldn't go to a mosque to listen to speeches that go against everything I believe.” Couldn't have said it better myself. 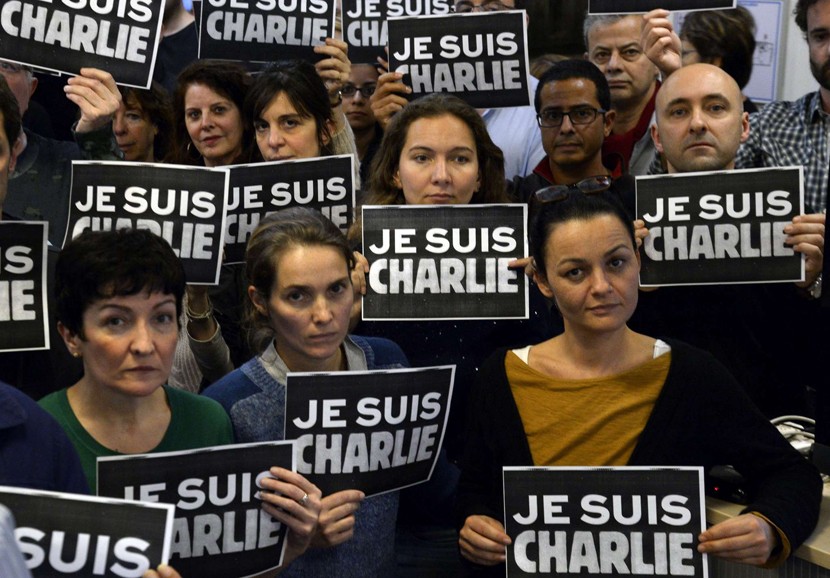 A show of support for the fallen

Benjamin Hiorns is a freelance writer and musician from Kidderminster in the UK. He also believes wholeheartedly in secularism and the right to free speech, so has been deeply saddened by these events. #JeSuisCharlie