Don’t you just hate it when they take something pure, and put sponsored ads all over it? Not that Instagram is the purest social media platform; it has been co-opted readily by A-List celebrities who just want to rebel against Anna Wintour’s selfie ban. 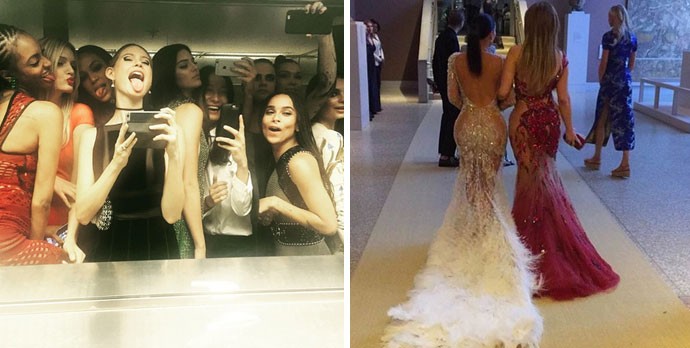 But Facebook knows the value of a targeted ad. Those of you who run a page or host an event through the site will have seen how Facebook’s hold over your audience affects performance. It’s no secret that Facebook want you to depend on ad spend to reach your audience, and that organic reach has been dropping year on year.

Since acquiring Instagram, Facebook have been comparatively slow to roll out a similar model to all users, although there's been successful campagins by the likes of Starbucks and Waitrose. But it was only a matter of time until it went mainstream. Especially as one of IG’s biggest selling points for brands was that all your followers could potentially see 100% of content posted. 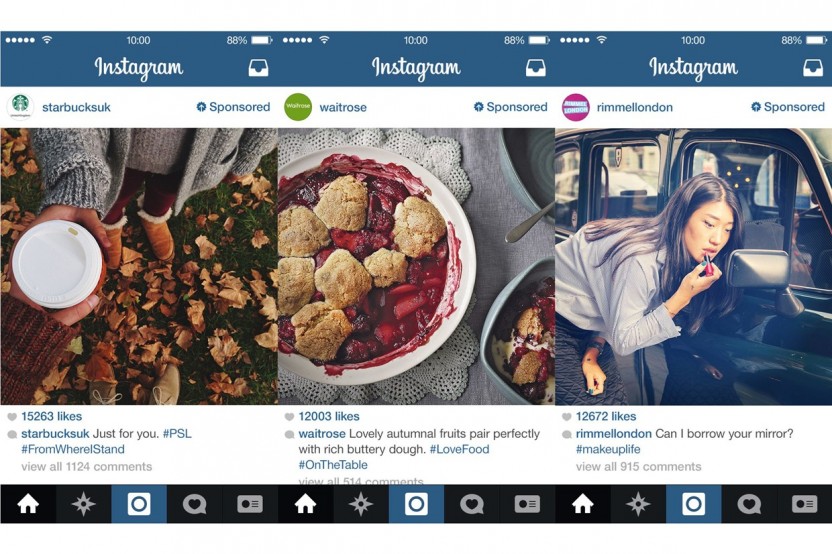 There’s been a backlash to paid advertising content on Snapchat. For a platform that prides itself on disappearing content, asking brands to shell out $750,000 for one day of visibility.

Of course, that’s their prerogative. And maybe it shows a level of integrity on Snapchats part – they want fewer, bigger adverts on their platform. And since they can draw tens of millions of viewer a day, and have topped 100 million monthly users, they are in a position to set their own prices and stick to them. Ephemerality might not seem worth the big bucks, but getting branded content in front of their young, tech savvy user base just might be.

But to get back to Instagram. Unlike Snapchat, their advertising will be open to both established and grassroots businesses, on local and global levels. They’re going to be targeting posts based on user age, gender, interest, location and demographic – they’re going to basically Facebook sidebar the crap out of your lovely, linear Instagram feed.

Although there are some nice rules to the IG advertising game. It won’t completely disrupt user experience. Adverts aren’t allowed to have text on them, and the content should be in keeping with IG’s creative and engaging output, plus there’ll be ways to hide ads from your newsfeed. And Instagram, far more so than Facebook, is a place for aspiration and inspiration driven content. If the onus is on discovery, content and beautiful pictures then paid advertisement might not be as distracting and necessary as it has become on Facebook.

Finally, the carousel ads offer a multi-layered ‘storytelling’ experience to the user, and the cynical side of me thinks ‘well done’ for using a charity as their use case. Well played.