As the electric scooter situation in Paris comes to a head with negative media coverage fuelling the fire and anti-scooter measures on the rise, the brand has repositioned as a mature and responsible urban mobility leader.

Despite the fact that one in 10 Parisians use electric scooters and one in four intends to in the future, there has been growing concern about the conduct of riders around the city.

Lime's campaign consists of three ads featuring bold and negative statements that catch the eye before making a point in a tongue-in-cheek way.

The work launched in the capital recently and will be rolled out in all Metropolitan France. 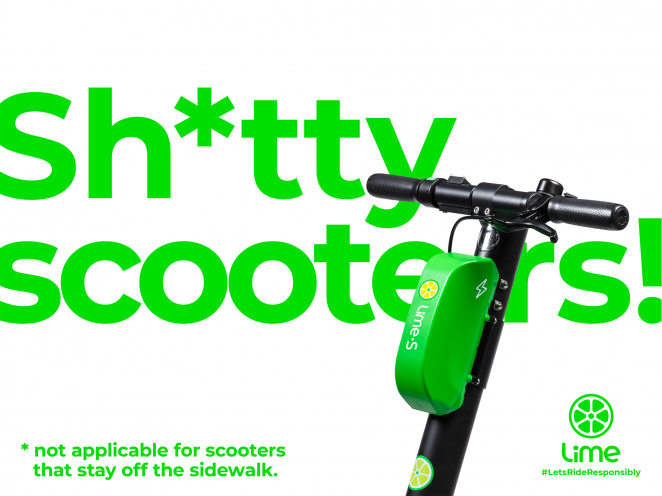 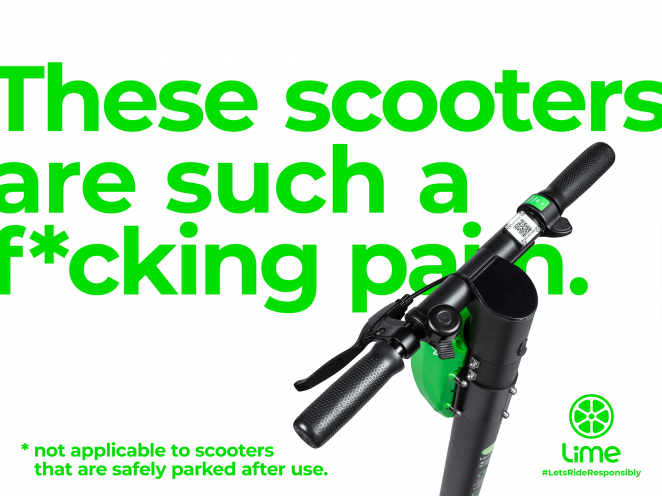 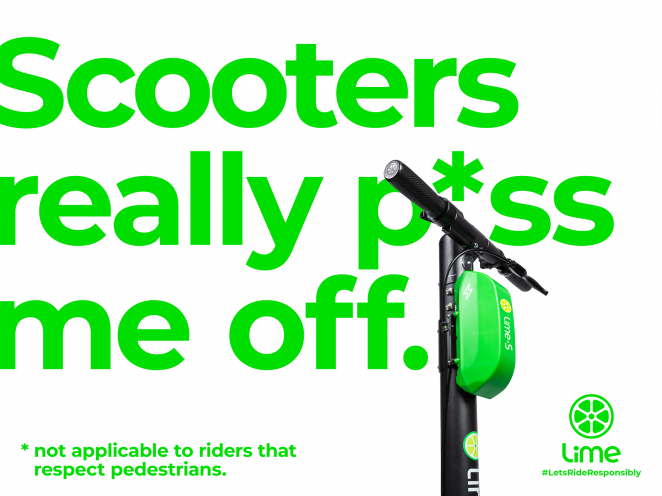