Say bye to Coco: Is Birch the next trend in packaged water?

British design studio Horse has created a unique log-like carton and a Norse-inspired identity for the aptly-named Tåpped; a drink actually made from birch-sap. Created to help the Finnish drink break into the UK market, the design aims to reflect how the birch water is actually drawn from birch trees in Finland via a tapping method that will be familiar to anyone who's seen how maple syrup is made. It's already a popular drink in its native country, and in other countries including Canada and China, but it's not yet common in the UK, which has been identified as a target market for the product.

Horse has created a unique log-like carton and a Norse-inspired identity for the aptly-named Tåpped; a drink actually made from birch-sap 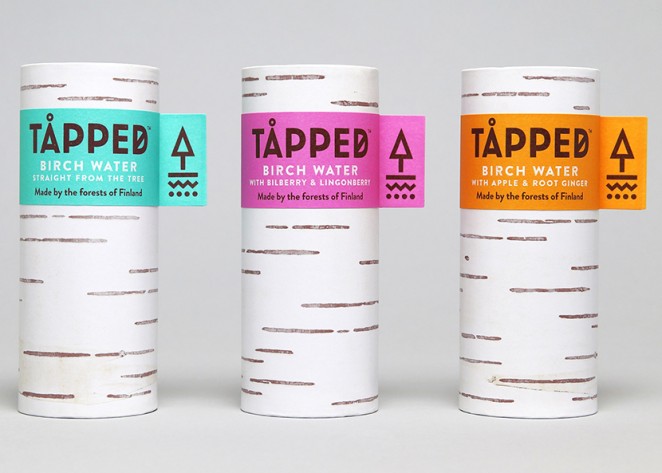 Tåpped's cylindrical can is made from 75% wood, and is designed to resemble the white stripy bark of a birch tree trunk, which helps overcome some of the challenges of communicating an unusual new product, but equally distinguishes the water from other beverages. The recyclable can is mostly made from renewable paperboard, which is sourced from sustainably managed forests. The Tåpped label wraps around a section of the cylinder, and features an extended tab with a tree-shaped logo, which is apparently a reference to the tagging of young birch saplings. Heavily referencing Norse iconography, the logo also doubles as an upwards-pointing arrow, representing the way sap travels up the tree before being collected. Orange, pink and blue labels have been used to differentiate between flavours (green for natural, pink for bilberry & lingonberry and orange for apple & root ginger).

Tåpped's cylindrical can is made from 75% wood, and is designed to resemble the white stripy bark of a birch tree trunk 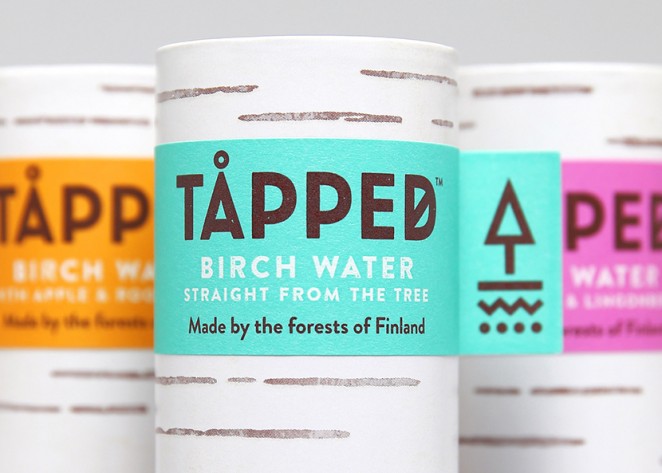 Horse founder Ian Firth said: “Clarity of product communication was therefore paramount, so we used the packaging structure to our advantage. The design has been considered holistically, with both the packaging and the product helping to contribute to the preservation of forests.” Tåpped founder Paul Lederer added: “We knew that to create the birch water market here in the UK, we'd need to educate consumers, so innovative attention-grabbing packaging would be vital.”

To create the unique beverage, birch water is harvested by tapping birch trees as the sap rises at the beginning of spring

To create the unique beverage, birch water, which is rich in minerals, vitamins and the antioxidant manganese, is harvested by tapping birch trees as the sap rises at the beginning of spring. The birch tapping season lasts just a couple of weeks each year and sap collecting has traditionally been a cottage industry. The health benefits of birch water are now being marketed heavily to a wider audience, and the product is being talked up as a super-drink comparable to coconut water, leading to increasing industrialisation of the vast birch forests of Scandinavia and Eastern Europe. 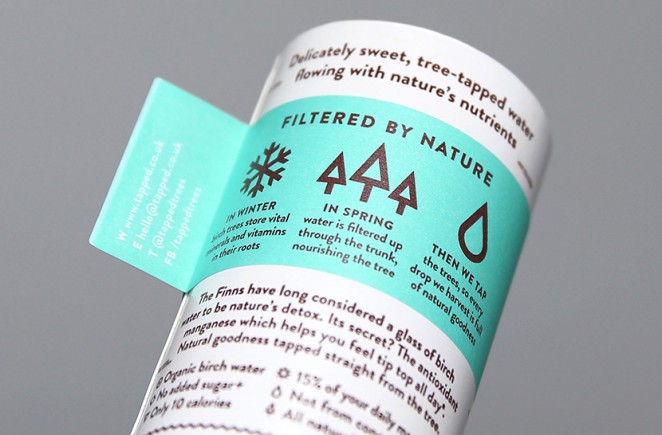