In collaboration with Surf Life Saving Australia, Samsung Electronics Australia recently launched and piloted an Augmented Reality (AR) mobile app developed with Leo Burnett Sydney, which uses technology to help raise awareness of the number one hazard on Australian beaches; rip currents. The pilot program for the “Pocket Patrol” initiative took place from October 22 through to November 13 at selected beaches on the Sunshine Coast in Queensland. The app enables users to visualise identified hazards by using a combination of data that is uploaded by the on-duty lifeguards and surf lifesavers as well as AR, GPS, Compass, Gyroscope and image recognition. Pocket Patrol is part of Samsung's Launching People initiative, which started in 2013 and is based around Samsung technology that genuinely changes or at least positively affects people's lives.

Grant McAloon and Vince Lagana, Joint ECDs at Leo Burnett Sydney, said that smartphones are becoming a natural extension in people’s lives and with two-thirds of Australian beach goers unable to identify a rip, there was an opportunity to use technology to raise beach safety awareness. They explained: “The idea to develop Pocket Patrol came from connecting these two insights together, creating an app that lifeguards and surf lifesavers can use to pinpoint dangers in real time. It was important that Pocket Patrol was easy to use; it had to be as simple as holding up your smartphone to the water. Augmented Reality became a natural fit to implement into the app, Pocket Patrol is the first time that this technology and GPS have been used together to display hidden dangers in such a manner. Making it happen meant pushing the technology to its current limits so we could achieve a level of accuracy satisfaction to both SLSA and Samsung.”

Shane Daw, Coastal Safety Manager at Surf Life Saving Australia, said the innovative technology of Samsung Pocket Patrol has provided beach visitors with a firsthand look at what lifesavers see every day. He said: “The identification of rip currents and other hazards displayed through Samsung Pocket Patrol’s augmented reality program has greatly assisted in providing increased education and awareness.” Philip Newton, Corporate Vice President and Chief Marketing Officer, Samsung, added: “Each year Samsung looks at local real life issues affecting Australians and how technology can help support or solve the problem. Pocket Patrol allows Samsung to support SLSA by providing a tool to help them educate beachgoers regarding rips and hazards at the beach.” 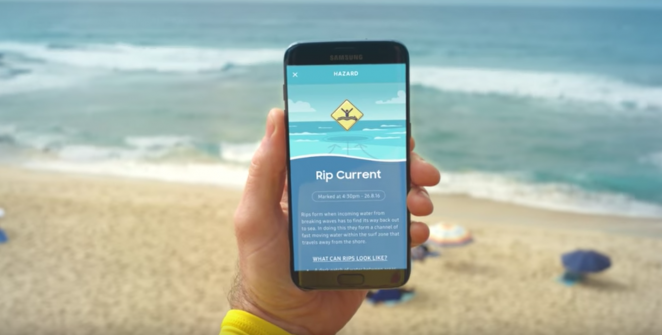 More than 2,000 beachgoers tried Pocket Patrol during the first four-week trial pilot, learning how they can identify rips and other potential hazards. A further three million have thus far connected with the program through Virtual Reality, 360 film and online content that communicated the importance of beach safety. The app itself was produced by the Ustwo digital product studio and media on the campaign was through Starcom. If you're a concerned surfer and want to give it a whirl yourselves, you can do so by downloading it HERE. 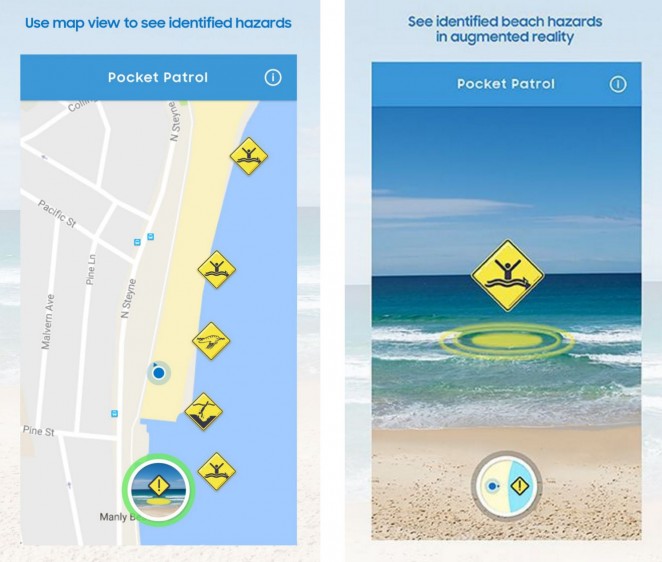