There is surely still something to be said for ambition in advertising. As easy (and fun) as it is to be passive and cynical about the latest flashy campaigns from the biggest brands, it's more fun to simply sit back and let the spectacle do its job. Saatchi & Saatchi are an agency that know this perhaps better than anyone, and have used their experience in big-budget campaigns well in this action-packed new campaign for Toyota, which aims to promote the automotive brand's brand new Tacoma pickup truck. Created by Saatchi LA, the campaign underscores the truck's adaptability and hard-as-nails capabilities by featuring a range of epic stunts and putting the vehicle through its paces (in what seems to be every possible type of rough terrain) in a series of stunning TVC spots. Frankly, if your heart doesn’t beat a little faster after sitting through these spots, you might want to check your pulse.

Two broadcast spots have been unveiled: “Countdown” and “Blow Off Steam,” which was shot in one take, and features a multitude of professional motocross riders and stunt people unapologetically taking aim at the dust-filled landscape alongside the Tacoma. Countdown, meanwhile, is a more traditional spot, which features perhaps the most mud-per-second I've ever seen in a TV ad. Complementing the spots, social media elements of the campaign include a series of dynamic videos, which use the latest in visual and targeting technology to showcase the Tacoma in action. On Facebook and Twitter the videos speak directly to target consumers by focusing on their interests, specifically: BMX racing, dirt bikes, ATV, snowboarding and snowmobiling. 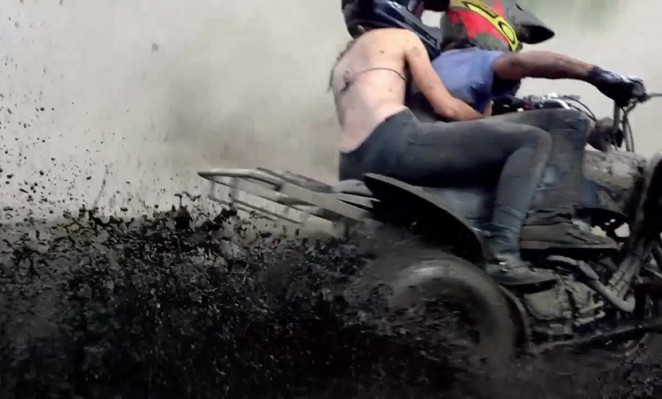 Instagram activations will deploy snippets of slow motion video, shot in bullet time with 4k technology, that graphically highlight the grittiness of the Toyota Tacoma in off-roading action from different angles. Additionally on Instagram, a stop-motion video pays tribute to Tacoma owners and trucks at play. Tacoma owners are encouraged to submit their Instagram photos to possibly be featured in the series of videos. The Tacoma broadcast spots aim to connect with the liberating, adventure-seeking culture that dreams of dares and fears nothing, the young and young-at-heart who live on the edge. The tougher and more adaptable their truck, the more fun they will have. In fact, while on set at one of the shoots, the featured Tacoma didn’t even make contact with soap and water; the crew kept it down and dirty to maintain the authenticity of the vehicle’s off-roading escapades.

Jason Schragger, chief creative officer at Saatchi & Saatchi Los Angeles, said: “This has to be one of my favourite campaigns since I arrived here a year ago. It was so much fun to get a little dirty and create authentic content that emulates what the Tacoma is all about. We not only wanted to ignite the passion for exploring the great outdoors, but also show that playing in the mud should never get old, even when you become an adult.”

Toyota’s Hispanic marketing agency, Conill, has added another online leg to the journey, one that focuses specifically on the Latino market 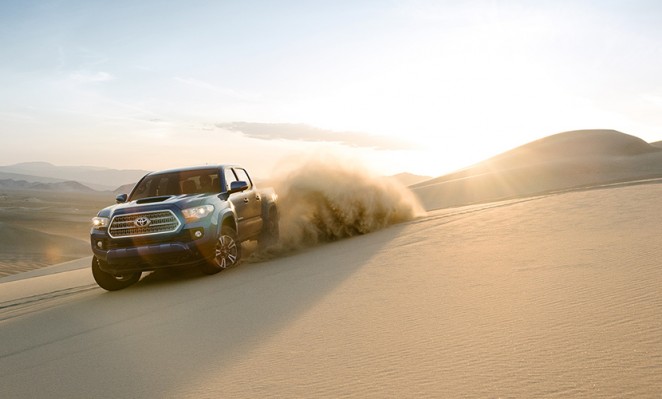 In addition to the main path of the campaign, Toyota’s Hispanic marketing agency, Conill, has added another online leg to the journey, one that focuses specifically on the Latino market. Using culturally relevant insights and a little competition, “Sal a Jugar” (Go Out & Play) highlights hard working Latinos who reward themselves with adventure. The objective is to measure the level of fun participants have driving the Tacoma. Special wristbands monitored the electrodermal activity of each person on competing teams during a series of outdoor challenges. Javier Campopiano, chief creative officer at Conill, said. “We as Latinos tend to more closely associate this vehicle class with work and business than other groups. This led us to a surprising idea to show our guests how much fun the all-new Tacoma can be. Putting some real science behind it adds another dimension to the experience. It’s an interesting twist for the category.”