Kevin Roberts, Saatchi & Saatchi's Lancaster-born global chief executive, is to be one of the hosts at this years 'Be Inspired Business Awards', Lancashire's leading business awards ceremony. Roberts will be one of the featured hosts at the event, which takes place at the iconic Blackpool Tower in the Tower Circus and Ballroom on the 12th of September, he follows former celebrity hosts such as Julian Clary, Christopher Biggins and Eamonn Holmes. Roberts, who attended Lancaster Royal Grammar School, will be flying in from New York specially for the event.

Roberts has been chosen not only because his firm is the ceremony's sponsor, but because he is Lancashire born and bred. He said he was delighted to be asked to return to his home county to present the awards, a county he recognises “As somewhere that business thrives through never being willing to accept second best.” He says that from what he's seen of the BIBAs, “In terms of the calibre of entries and the attention to detail of its organisation,” he has no doubt that the winners he'll be unveiling will be “The very best of the best. He says it is truly a “Great honour to be invited to be master of ceremonies for the awards,” and he is “Looking forward to standing up in front of a sell-out crowd at the iconic Blackpool Tower,” a building that is to Lancashire, what the Empire State Building is to New York. 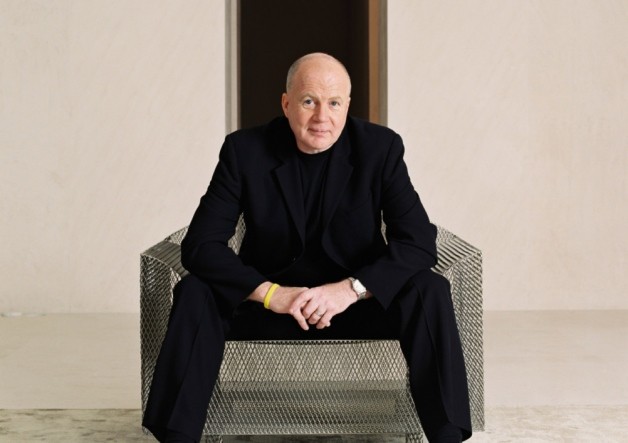 Robert's career in advertising began in the late 60's working with Mary Qaunt, the famous London fashion house. He went on to hold senior marketing roles with brands such as Gillette, Procter & Gamble, and Pepsi-Cola before taking on the role of global chief executive at Saatchi & Saatchi in 1997. Despite his globe-trotting past, however, he has not forgotten his roots, having accepted an Honorary Professor of Creative Leadership at Lancaster University. Mark Oulson-Jenkins, managing director of RTR Digital, the sponsors of the Creative Business of the Year Award, believes Roberts is “The perfect choice” for the BIBAs; a “True Lancashire success story; having come from the county and worked to the top of one of the biggest businesses in the world.” He adds that “The BIBAs recognises those businesses which bring something very special,” to the business community and he “Cannot think of any better example of business success to host the ceremony.”

“Kevin Roberts is a true Lancashire success story; having come from the county and worked to the top of one of the biggest businesses in the world.” Mark Oulson-Jenkins

It has also been announced recently that the BIBAs is to launch the 'BIBAs Academy, with the Lancaster University Management School. The academy will be providing support to BIBA winners, offering them leadership masterclasses with the likes of mountaineer and LUMS Chancellor Sir Chris Bonington, Jo Fairley, the founder of chocolate brand Green and Blacks and Will Butler-Adams, the boss of folding bicycle brand, Brompton Bikes. The BIBAs Foundation was also unveiled, an initiative using donations made by the Lancashire business community to held organisations and charities throughout the county.

Benjamin Hiorns is a freelance writer and musician from Kidderminster in the UK. He had completely forgotten Christopher Biggins even existed until this morning. A truly sobering thought.