As a life long Midlander, I've become accustomed to living a little bit behind the times. Just this weekend, a friend visiting from 'south of the wall' casually remarked that he was genuinely shocked and amused that the street lights in Kidderminster's residential areas shut off at midnight. As a Londoner, he couldn't quite fathom the concept. I, on the other hand, understand that the council needs to pinch its pennies and am quite comfortable with walking home in near complete darkness, because it's, quite frankly, what I'm used to. It can, however, still be more than a little disorientating, especially when you've had a few skinfuls on a Saturday night. 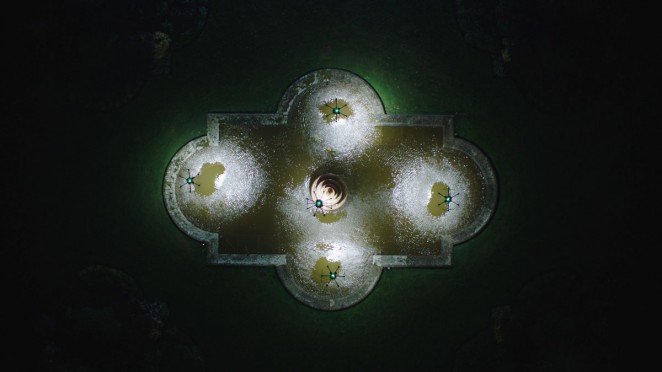 Looking to provide a solution to this most first world of problems, Direct Line has created a way to make people feel safer in darkly-lit areas such as my own, with their Fleetlight drones, which fly ahead and light your way on the path ahead. The prototype service is made up of a fleet of flying torch drones that are responsive to an individual’s movements and controlled via a bespoke app. Direct Line, who fancy themselves as the 'fixer' brand, wanted to solve the issue of darkness that affects communities across the UK by looking at the problem from a difference angle. Direct Line struck on the idea after analysing research that found people are less likely to leave their houses with poorly lit streets as Britons feel more at risk of muggings and road traffic accidents, as well as feeling generally more depressed. Road traffic accidents increase at this time of year, with 41% of these increases resulting in injury to pedestrians, and searches for Seasonal Affective Disorder spike in October and November every year.

Direct Line worked with Saatchi & Saatchi to create the Fleetlights activation. The idea is that, whether you’re walking home from the pub late at night or are (in graver circumstances) part of a search and rescue team, people can feel more safe, secure, and confident to use previously dimly-lit routes by ordering a drone using their phone to light the path for the duration of the journey. Direct Line collaborated with Mission Planner technology expert Michael Oborne to create new “Fleet Control” prototype software, which enables Fleetlights to be ordered via GPS and mobile technology directly from the user’s smartphone. The technology lights a pre-determined path ahead of the user, while responding and adapting to changes in the user’s journey. 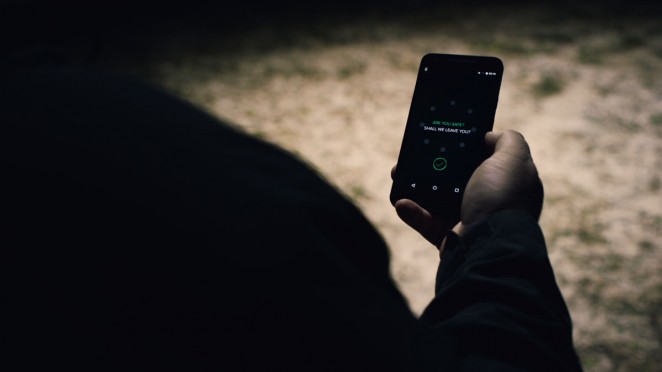 Mark Evans, Marketing Director at Direct Line Group said of the remarkable concept: “Increasingly, technology will shift the centre of gravity for insurance from restitution towards prevention. We want to lead the trend into this space and so we are always looking at innovative ways to proactively improve everyday life through emerging technologies. We felt that street lights could be much better, especially as the nights draw in. This beta technology has been created to show how a responsive light service could help people to feel safer.” Wendy Pearson, Head of Marketing at Direct Line, added: “Fleetlights is an incredibly exciting project, that demonstrates how Direct Line has taken a real consumer issue and solved it in a high performance way.”

The technology behind Fleetlights is available on the Direct Line website and is open source, so anyone can use it globally. It's currently available to the public, of course, but Fleetlights is just one part of a brand activation campaign which focuses on high performance 'fixing' that will see the brand undertaking a series of “Experiments to improve everyday objects that impact the lives of people in the UK.” No word on exactly what's to come next, but an automatic, robotic dog poo remover wouldn't go amiss? 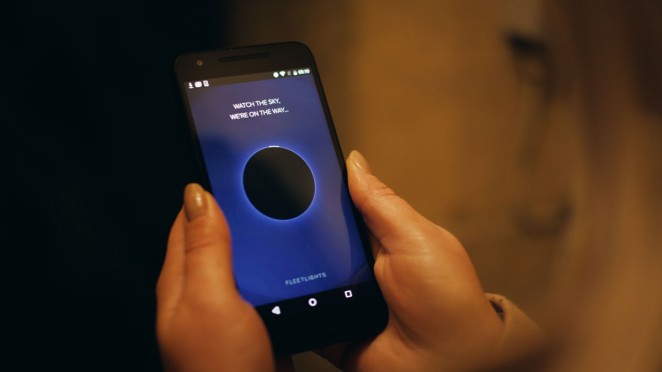