Launched on May 18, blacksdontvote.com is the latest hard-hitting campaign by Operation Black Vote and Saatchi & Saatchi London to engage Black and Minority Ethnic (BME) communities across the UK to boost BME voter registration and turnout to vote in next month’s general election. To support the campaign, high-profile celebrities such as Star Wars star Riz Ahmed and musical entrepreneur Jamal Edwards will appear in short films highlighting the facts, but also inspiring young people from all communities (particularly BME) to be the change makers and engage in civic society. Ahmed will also be tweeting the launch of the campaign – urging people to visit the website and register.

Launched in response to statistics revealing the stark reality of low BME voter registration, the campaign aims to demand attention, lay bare the facts and ultimately empower BME individuals to realise the potential political clout that could force politicians to address areas of persistent race inequality. In the last general election, 1.4 million potential votes were not used by BME individuals. Today, 28% of BME’s are not even registered in comparison to 6% of white people. Amongst Black Africans this figure rises to nearer 50%. BME voter turnout is less than the national average but made worse by non–voter registration.

The motivations behind these figures lie very much in a great sense of powerlessness, a unrepresentative parliament and policies, such as austerity, that hit BME individuals harder. The essence of this campaign is to transform people from powerless to powerful by registering to vote, making demands and by voting. Based on the campaign idea that Black people don’t vote, Riz and Jamal have created short online films calling out the difference that the BME vote could make to the world we live in.

Campaign posters will also appear at large poster locations around the UK and will also be promoted on social media. The posters will display a simple non-branded black URL on a white background: blacksdontvote.com. Directing people to the campaign website, the posters aim to create intrigue and drive people to find out more. Once on the website, a short empowering message will be displayed stating: “Black people don’t vote, but if we did, we could, in effect, decide who will win next month’s election.”

With that immense power, BME voters could make demands such as: 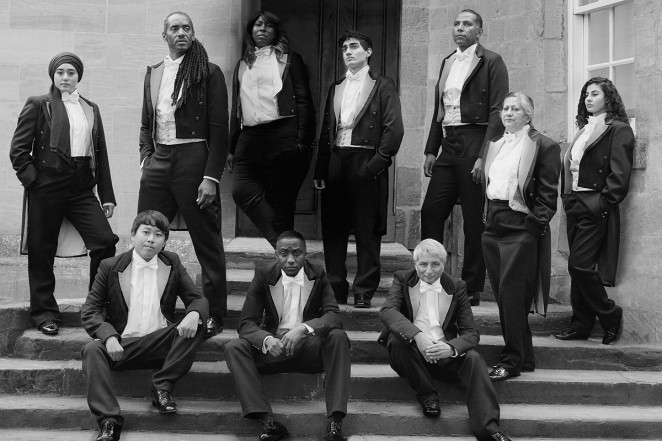 OBV research around this election has revealed startling information: 7 of the most marginal seats have huge BME populations. 31 out of 50 of the most marginal seats in the county have BME voter electorate that dwarf the voter majority of that seat. Overall the BME vote could decide 70 seats. Theresa May goes to the polls with a slim majority of just 12. With the general election voter registration deadline of May 22nd drawing close, OBV wants to highlight the urgency and importance of the vote to BME communities and the potential of being the deciding factor in the General Election outcome. 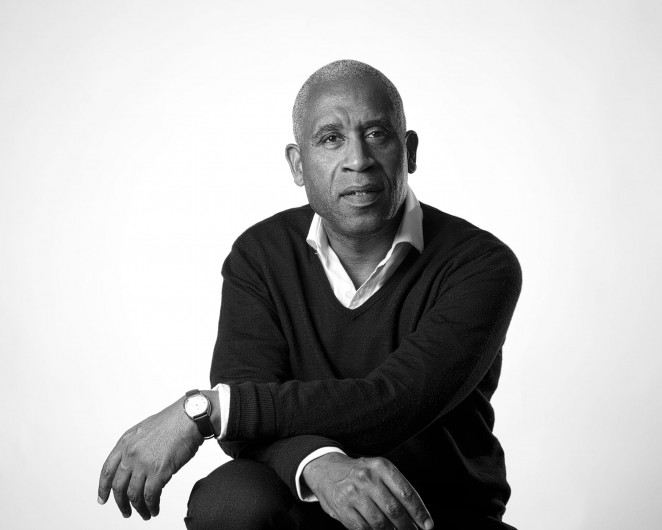 Simon Woolley, Director of Operation Black Vote, said: “Too many Black and Asian people are not voting but if we did, we would massively influence this election. The facts don’t lie: 31 of the 50 most marginal seats in the country has BME electoral that dwarfs the existing majority. If we register to vote, and vote, we have the power to unlock talent and build a society in which we can all truly belong. It literally takes 3 minutes to register to vote.” Riz Ahmed, added: “Of all the films I've done, this might be the most important. I understand why it's really easy to feel that our politicians don't take notice of us, and nothing will change anyway, but sitting on the sidelines is a sure-fire way to change nothing at all. Right now, blacks don't vote, but if we did, we would have the power to put some of the pressing issues facing our communities on the political agenda.” 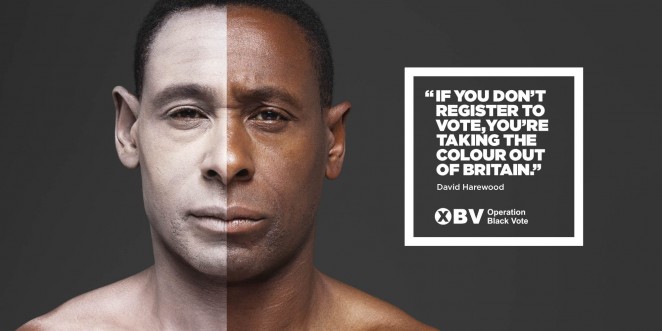 Operation Black Vote is the leading organisation dedicated to enabling the African, Asian, Caribbean, Chinese and other Minority Ethnic communities to claim their place in politics. They have successfully run high-profile political campaigns over the last few years, including in the run up to both the last general election and European Referendum. Working with talent such as Tinie Tempah, David Harewood and Sol Campbell, they have tirelessly worked to ensure greater racial justice and equality throughout the UK. In 2016, they successfully empowered over 30,000 disenfranchised people from UK BME communities to register to vote in the Referendum with the “A vote is a vote” campaign. 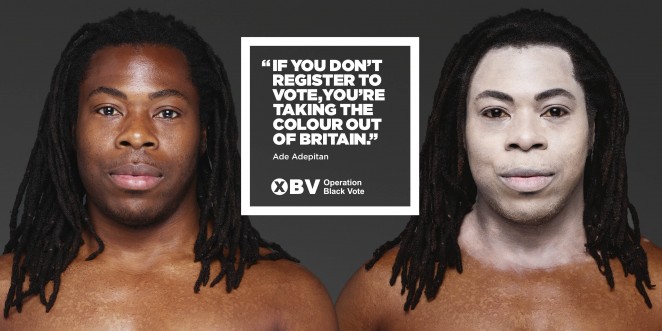