Pokémon Go Phenomenon: How advertisers and brands are getting involved

Location-based marketing is at something of a tipping point right now where it could honestly go either way, but the outrageous success of the recently released Pokémon Go AR smartphone game seems to suggest it could be about to really kick off in earnest. The major drawback to such practices in the recent past, of course, is the fact that a pretty substantial and consistent wi-fi signal and/or 3/4G signal is required to fully take advantage of the practice. But with super-strong 4G now pretty much a given in most major city centres around the world, and even in smaller cities and towns throughout the western world, it seems like the time could be right for location-based marketing, and Pokémon Go could very well be the catalyst.

“You will absolutely be seeing that and you will be seeing, Pokémon Go sponsorship, done in a way that adds value to the game rather than detracts”

It's important to understand, of course, that the game itself is far from revolutionary. It's actually little more than a re-skin of developer Niantic Labs' previous game, “Ingress.” What it does do incredibly well, however, is tap into our innate sense of adventure and combine that with our social media addictions and hopeless nostalgia reflexes. That's why the game has not only been a hit amongst kids and teenagers, but amongst millennials and even people in their late twenties/early thirties such as myself. These are the kind of people who are most easily influenced by location-based marketing, as they/we are the generations that have grown up with the technology that allows it to exist. 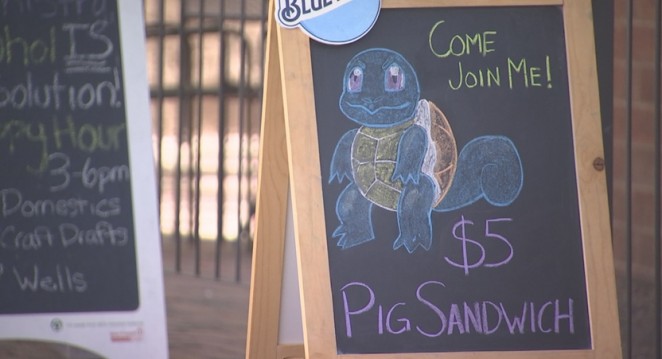 Niantic Labs, The game's developers, have already admitted that sponsored locations are coming to the game, and there’s speculation that an early sponsor might be McDonald’s, which would certainly make sense given that almost every McDonald's I've walked past in the last 5 days has been literally swarming with Pokémon. An investor in Niantic Labs has also declared that sponsored items are in the pipeline. David Jones, whose firm You & Mr Jones became Niantic shareholders back in February, has said there has been a deluge of interest from the world’s biggest brands, who have contacted him about ways to get involved in Pokémon Go, and that brands will be able to sponsor specific products within the game world in the near future. Jones, a former CEO at Havas, was originally sought out by Niantic due to his contacts with top brands, according to an earlier Niantic announcement.

“If you’re suddenly getting ten times the store traffic because people are coming in to get a rare Pokémon or a particular egg, it will deliver massive brand impact”

Jones points to a speech given by Mathieu de Fayet, Niantic’s VP of Strategic Partnerships, at the Vivatech conference in Paris two weeks ago. De Fayet previously worked with advertisers at Niantic, when it was still a Google subsidiary, and at Google itself. The Niantic executive gave a talk on how augmented reality (AR) could essentially re-enchant the shopping experience. He said: “I can’t wait to see the potential with Pokémon Go where going to a pharmacy will heal your Pokémon, or going to a fast-food chain will get you berries to feed them.” Jones refused to be drawn on specific details of coming product sponsorships, saying only to look at what Niantic had already done with Ingress. The first retailer to advertise on Ingress was the pharmacy chain Duane Reade in 2013, which offered in-game weapons and codes to players at its stores in New York City. The game also offered virtual shields branded by the insurer AXA. 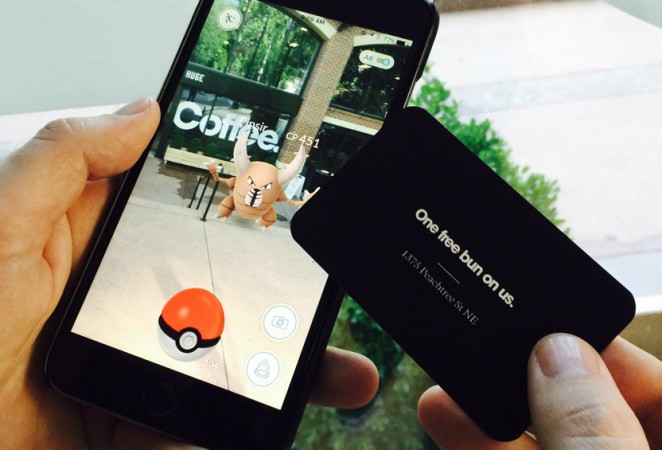 Further evidence that the immediate future for marketing within Pokémon Go stems from the fact that retailers are already experiencing a surge in sales from Pokémon Go players who might fancy a snack or a drink as they hunt nearby creatures, and when Niantic inevitably strikes deals with global brands, the game could send far larger streams of foot-traffic and sales to retail outlets. Many retailers are not even waiting to strike official deals. In Atlanta, Georgia, Huge Café has placed “lures” (bait to attract Pokémon) every half an hour at the corner of one of its coffee shops. In doing so, he shop has attracted hoards of Pokémon power players. Derek Fridman, ECD for Huge in Atlanta, explained that when his team was testing Pokémon Go over the weekend, they realised that Huge Café is located between two Pokéstops where players retrieve new items. He said: “This is definitely an opportunity for us to drive in-store traffic. So we started testing our idea with around $50 worth of Lure points. We will keep testing different ideas throughout the week and figure out the best way to apply gaming mechanics into retail marketing.”

“I can’t wait to see the potential with Pokémon Go where going to a pharmacy will heal your Pokémon, or going to a fast-food chain will get you berries to feed them”

Compared to historical data, Huge Café saw an in-store traffic spike on Monday when the initiative was launched. In order to keep the momentum, Fridman’s team was testing a new approach between 11 am EST and 2 pm EST on Tuesday: If players posted a photo featuring Huge Café in the Pokémon Go environment on social media with the hashtag #hugecafe, they would be rewarded with a free cake in-store. Huge has even started installing phone charging stations at their locations because the game is a notorious battery-hog. How long could it possibly be before larger, global brands start following Huge's lead? Probably not very long at all. 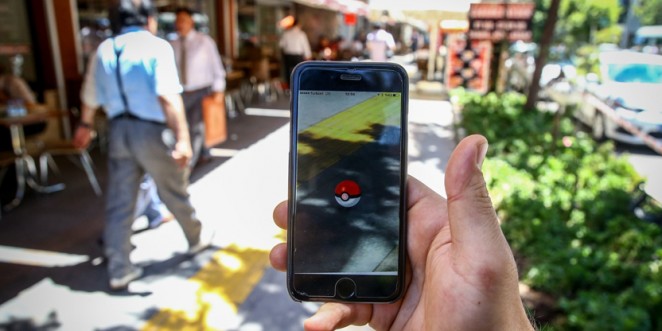 This all leads to an interesting question of course: Is there the potential for marketers to ruin the game? There are undoubtedly meetings happening in board rooms across the world right now with executives clambering to find a way to leverage the elusive power of the rare catch and turn it into some kind of horrendous sponsorship opportunity. Maybe Birds Eye could sponsor a massive, national Magikarp hunt? Or possible Whiskers could get in on the action and promote their cat food as a Meowth lure? The possibilities are as shameless as they are plentiful. For now though, let's all just enjoy the game for what it is before the penny drops and we return to our monotonous, Jynx-less lives.

Benjamin Hiorns is a freelance writer and level 5 Pokémaster from Kidderminster in the UK. For my earlier piece on the game from last week, Click Here.

very nice and easy usable its good system of styles. A Graphical User Interface (GUI for short) allows users to interact with the computer hardware in a user friendly way.We’ll be taking a look at the evolution of the interface designs of the major operating systems since the beyond new era .