'Come out to play' was the message last weekend as Irish bookmaker Paddy Power put together a team of LGBTQ players and walked alongside a larger than life inflatable dubbed The Game Changer at Pride Brighton.

The case video for the stunt (below), created by agency Officer&Gentleman, explains that despite football having moved on from the likes of chain-smoking coaches in the dugout and players wearing short shorts, the game of football still has a big problem with homophobia.

Across the UK and Europe, it’s still common to hear homophobic chants and abuse being shouted during matches. And online, the hateful rhetoric only gets worse across platforms such as Twitter. Perhaps that’s the reason England’s Premier League, like most of the world’s top football leagues, still has yet to see an openly gay or bisexual footballer in its ranks.

Irish betting giant Paddy Power, which has a history of fighting homophobia in the sport with activations such as its rainbow laces weekend, want to change that. That’s why last weekend the brand walked in the UK’s largest pride parade, Brighton and Hove Pride, with Proud United, a symbolic team made up of LGBTQ footballers from across the country, and ex-professional footballer Graeme Souness.

Accompanying the group was The Game Changer, a 22 x 42 ft balloon, (roughly the size of a double decker bus and taller than two story house) that represents all LGBTQ footballers, out or not, that are changing the game every time they step onto the pitch. A symbol which, like these players, can’t be overlooked. 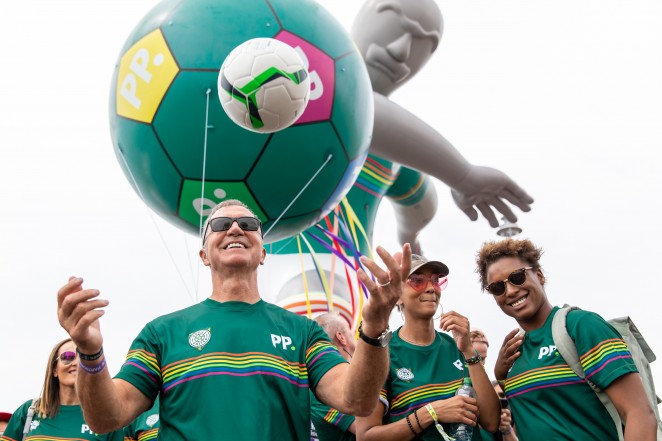 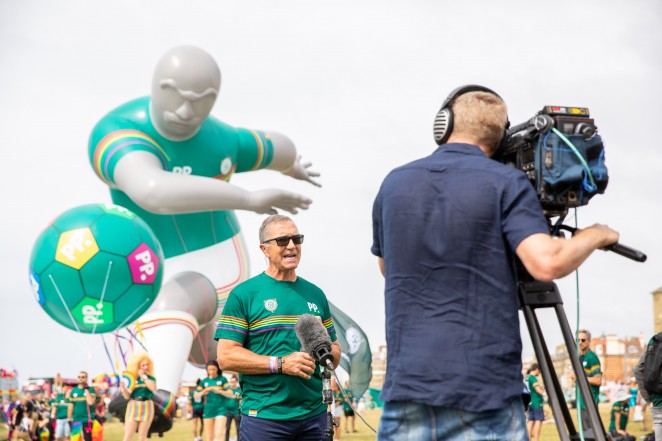 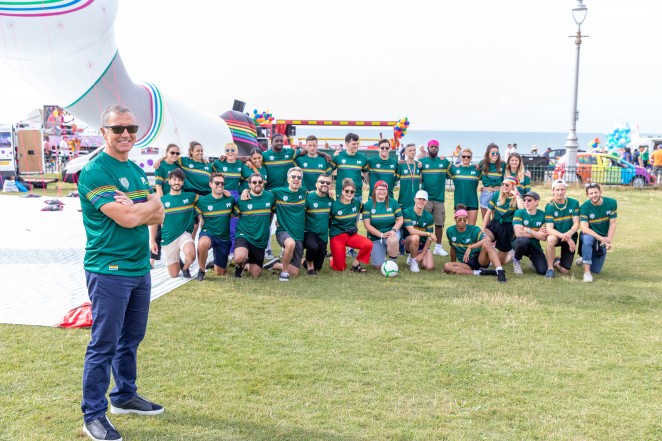 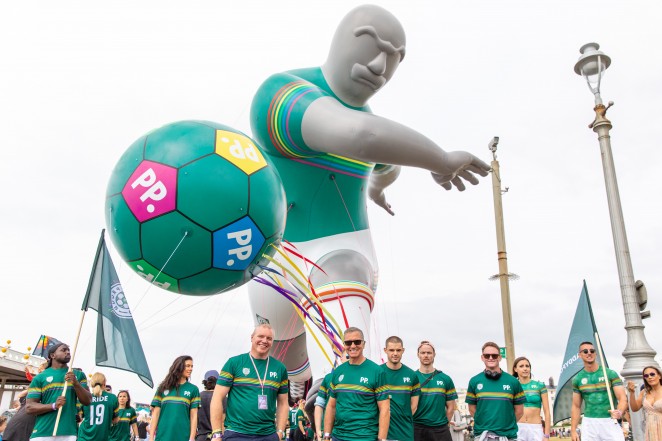 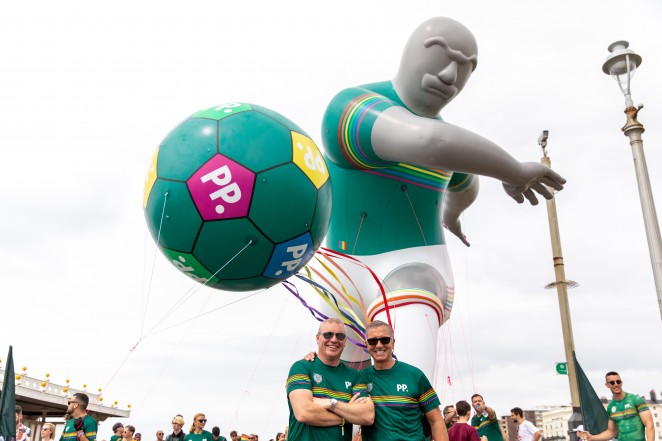 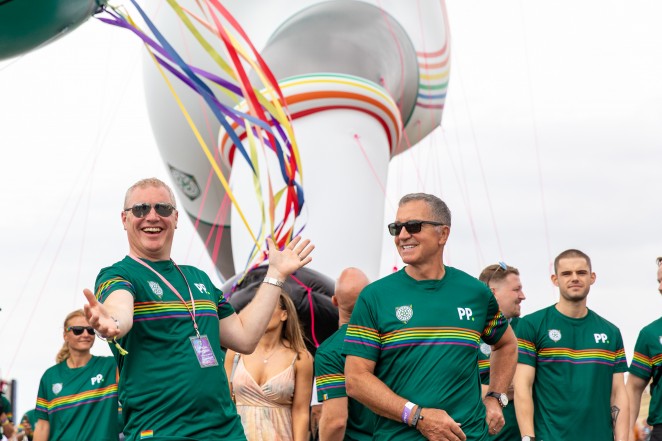