Old El Paso, the brand famous for providing Britain with fast Mexican food, will be promoting its new “Stand 'N' Stuff Tortilla” soft taco range through Facebook and Buzzfeed in a new digital campaign engineered by UM London. The idea of the campaign is to blanket the social media sites with Old El Paso sponsored, food-related Buzzfeed articles such as “Messy Animals Who Will Make Your Day” and “Things You Hear At Every British Family Meal” as a means of attracting clicks and promoting brand awareness. Ads will also be posted on Facebook, which will direct users towards the bespoke Old El Paso content that'll be hosted on the Buzzfeed site. Facebook will also be used to target those who have accessed Old El Paso content in the past, developing brand loyalty by offering them discounts on Old El Paso products. 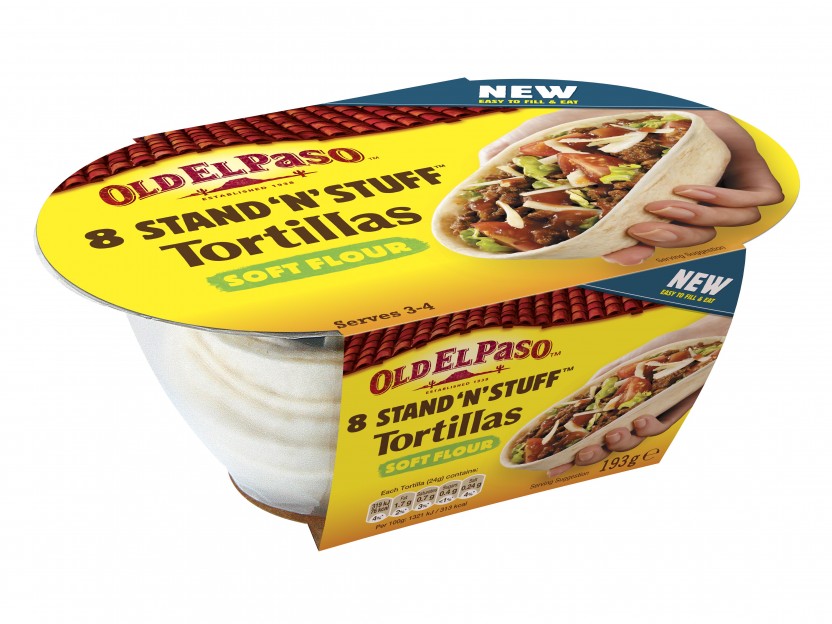 Will Hayward, vice president of Buzzfeed Europe, said that brands such as Old El Paso “Understand the value of storytelling and the importance of social sharing.” He says they are “Excited to work with Old El Paso to create fun and relevant content that encourages sharing on social platforms, like Facebook." Mark Brown, marketing manager of General Mills, the American owners of Old El Paso (as well as notable brands like Green Giant, Betty Crocker and Cheerios), feels this will be one of the most exciting digital campaigns they've ever worked with.

The idea of the campaign is to blanket the social media sites with Old El Paso sponsored, food-related Buzzfeed articles as a means of attracting clicks and promoting brand awareness

Brown feels that “By bringing together the joint of expertise of Facebook and BuzzFeed,” UM London has ensured the Old El Paso brand will be reaching its core consumer group “On the platforms they’re using to digest content and interact socially.” Laura Sweeny, UM London's business director, is “Delighted to be breaking the mould for Old El Paso in this new campaign.” She says they have managed to effectively “Close the loop between content and response” by bringing together two of the “Powerhouses of the digital world,” and the team at UM is “Looking forward to seeing the results.”

The promotion also includes a TV ad (above), which launched earlier this month and will run throughout September and into October. The ad features veteran Mexican actor and Old El Paso brand ambassador Danny Trejo poking fun at his 'tough guy' image and cooking up some Stand 'N' Stuff tortillas for his family. It's a change of pace for the actor, who is generally seen dodging bullets, not serving dinner, and it marks another step for General Mills as part of their “Heavy promotional investment” in markets outside of the US.

Benjamin Hiorns is a freelance writer and musician from Kidderminster in the UK who suddenly has a hankering for tacos! And a strange desire to re-watch Machete, in spite of its incredible awfulness.