The launch of the all-new 2016 Honda Civic is being supported with an integrated advertising campaign reflecting the dramatic, completely redesigned vehicle. The visually unexpected 30-second spot, 'The Dreamer' serves as the creative foundation of the multiplatform campaign, which has been created by agency RPA and production team at Roof.

The Civic launch will be heavily supported across social media. Instagram includes marquee video ads that will feature the unexpected nature of the Civic, followed by additional paid media support through March. Also on Jan. 8, Honda will officially debut on the Snapchat platform with a National Filter, IGN and Buzzfeed Discover Platform takeover, video ads across national and regional Live Stories and Discover channels featuring influencer David Lopez. 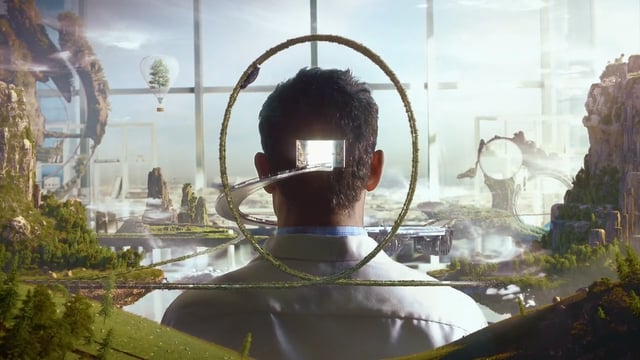 "A hint of magical realism."

Additionally, Wesley Grim and several other influencers are creating images of the Civic with a hint of magical realism. Paid targeted media on Facebook, Twitter and Instagram is also planned throughout. Striking print shows the all-new Civic springing out of a Honda engineer's open hinged head, and will appear in Road & Track, Autoweek, Sports Illustrated, People, ESPN The Magazine and US Weekly.

With the focus of reaching Millennials, the Civic campaign will look to incorporate a wide mix of media, with placements across network and cable TV, online video, gaming, and mobile. Digital will have a strong launch with homepage takeovers on Yahoo and YouTube. Digital support will continue across various partners, rolling out engaging programmes. Notable digital efforts include: a collaborative three-part video series by Buzzfeed that will appeal to both the general market and Hispanic audience. A Red Bull and Twitch partnership to host a Hearthstone gaming tournament will be broadcast live from Red Bull Studios to Twitch's highly engaged audience. Thrillist will also design a driving sneaker, inspired by the new Civic, which will be showcased at a Thrillist hosted launch event. 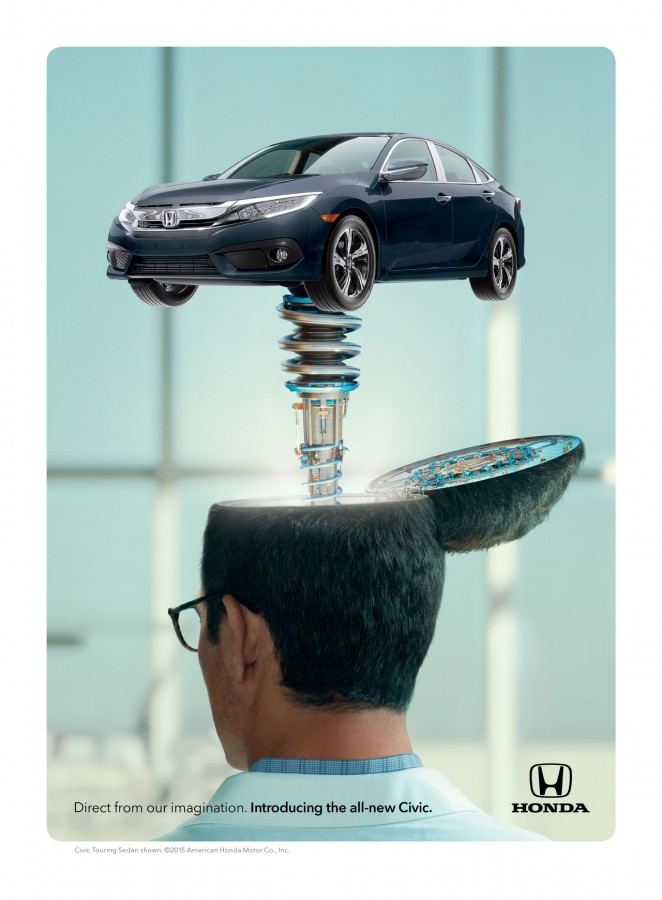