In the first of a stream of new hires and appointments announced over the past week, London-based agency, AMV BBDO has named the creative team of Mike Crowe and Rob Messeter from adam&eveDDB as creative partners. Together, they will be running some of the agencies most high-profile clients, such as Heinz and Cancer Research UK. They have been working together since 1999 at Ogilvy & Mather, where they worked on accounts like Mattel and Ford. They moved to RKCR/Y&R in 2004, where they picked up work for M&S, Virgin Atlantic and The Times, before joining DDB in 2006, where they created work for VW, Harvey Nichols, and Marmite, and also led a successful pitch for mustard brand Colman's. The pair have worked for most of the major advertising agencies in the country, so they bring with them an incredible amount of experience, which should help take AMV BBDO to the next level.

In other industry movement news, TBWA Worldwide recently appointed Luke Eid, who has been with the company for six years, as global innovation director. Eid started his career in advertising at Whybin/TBWA Australia, before moving to TBWA Hong Kong, where he most recently held the role of managing partner. In his new role for TBWA Worldwide's global operations, Eid will be responsible for building solutions for various clients, chief amongst which is Nissan, on which he'll be working with the existing 'Nissan United' group to lead the car manufacturer's developments in digital. Eid will work closely with Juuso Myllrinne, the new global strategy director for the TBWA Digital Arts Network. Myllrinne previously served as executive director of digital strategy for TBWA/Chiat/Day New York after joining TBWA from Nokia in his native Helsinki.

Eid started his career in advertising at Whybin/TBWA Australia, before moving to TBWA Hong Kong, where he most recently held the role of managing partner

Over at Ogilvy Washington, meanwhile, Tony Silva has recently been named as executive vice president and group director for its social marketing practice, taking over from Jennifer Wayman, who has been promoted to managing director. Rob Mathias, regional CEO for Ogilvy Public Relations, believes Silver is the right fit for the job thanks to his skills in “sustainability communications and behaviour change related to energy, environment and health augments.” Prior to Ogilvy, Silva was senior vice president at ICF International, where he built a portfolio of public diplomacy with his work for the State Department's “US-Middle East Partnership for Breast Cancer Awareness and Research,” which included input from the First Lady, foreign politicos and corporate/NGO partnerships.

Prior to Ogilvy, Silva was senior vice president at ICF International, where he built a portfolio of public diplomacy with his work for the State Department

Finally, the Shanghai, China office of Wieden + Kennedy has poached Yang Yeo from JWT as the new executive creative director at W+K in Shanghai from the 1st of August. Yeo will be represent one half of a new top creative duo, which will replace Michael Simons and Achilles Li, who are both preparing to leave the agency, with  Simons exiting next month and Li, later in the summer. The Cannes Gold Lion and Grand Prix winning Yeo, who worked at Fallon and Bartle Bogle Hegarty before joining JWT, feels that “Now is the right time to return to an independent setup where the creative project is at its core."  Mark Fitzloff, W+K's global co-executive creative director, feels that "Yeo represents a new kind of leader” for the agency; a leader who is “Deeply immersed in the business and creative communities of the region.” 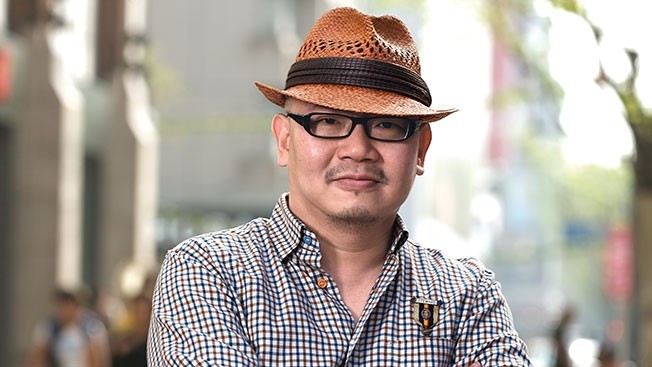 Benjamin Hiorns is a freelance writer and musician from Kidderminster in the UK. He condensed these 4 stories into one article because frankly, there were just too many to choose from this week!