Vinylize! invited 45 artists and illustrators to create new artwork inspired by the original design of their favourite record sleeve. Nearly Normal went above and beyond to honour their favourite track. Not only did they create artwork, but also a stop motion animation and series of Limited Edition screen prints... 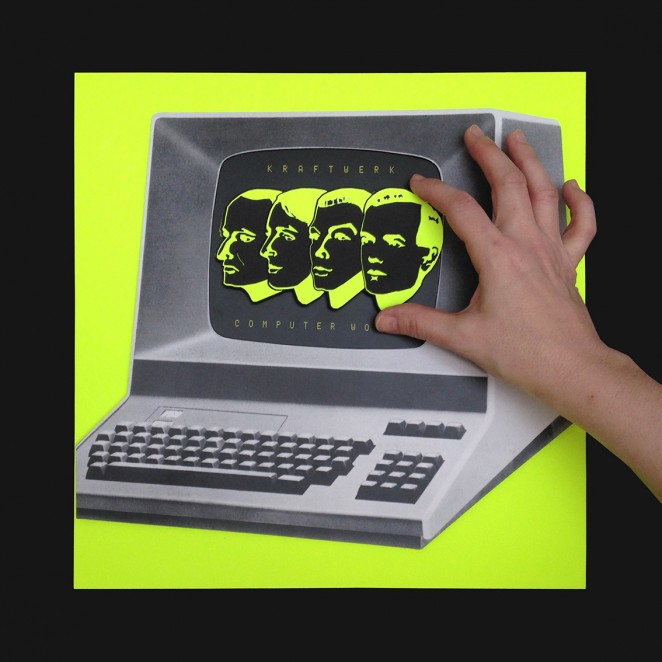 "One of my favourite albums is Kraftwerk - Computer World – the eighth studio album by the German electronic music band, released on 10th May 1981." Jaime Kiss, Nearly Normal

"Inspired by the beats repetition Kraftwerk uses to compose their tracks, and the themes of the rise of computers within society, I extended the recurrence of the elements on the album cover beyond the limits of the ordinary space to convey an invasion." 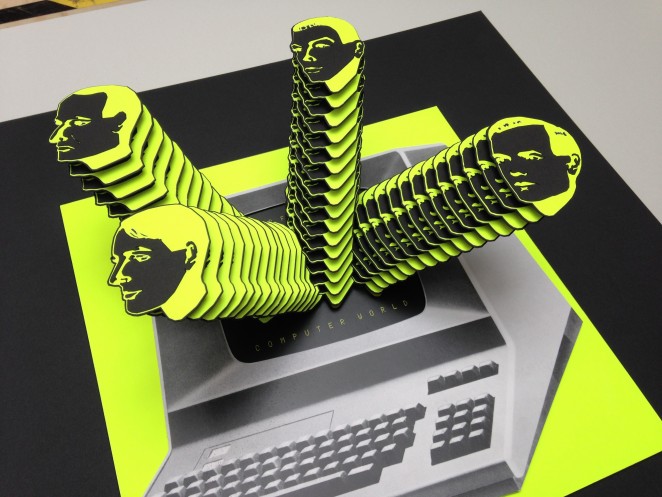 Aside from the artwork created, Nearly Normal also worked with Cintia Bertaccini and Callum Reid to create an stop motion animation clip entirely made from paper as a tribute to the Kraftwerk - Computer World track.​ 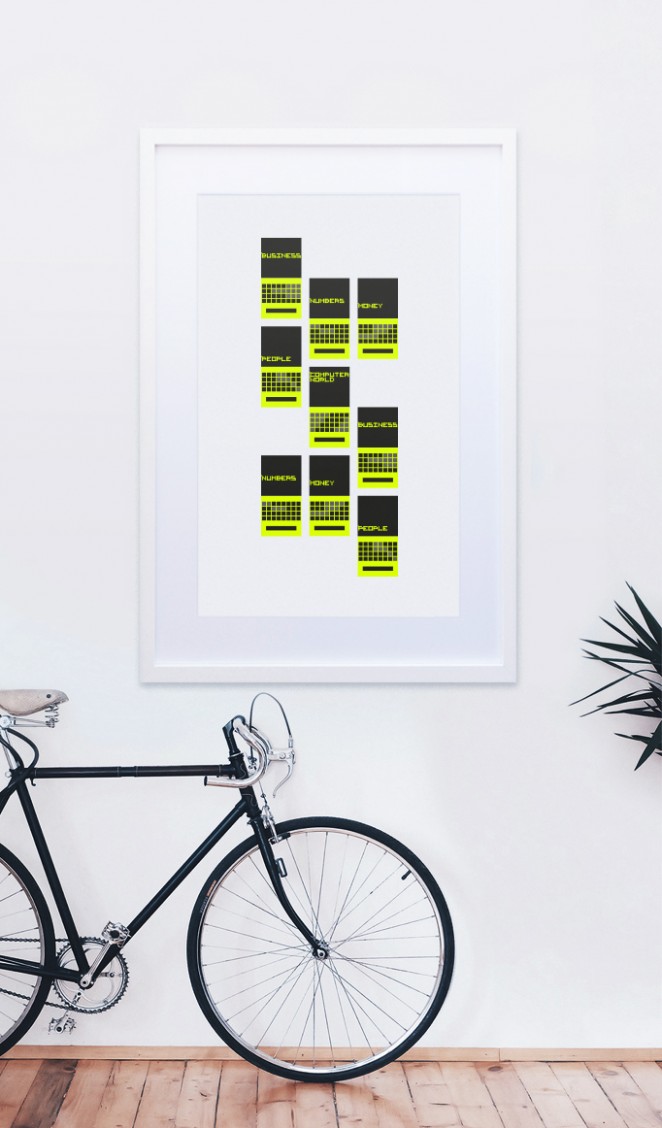 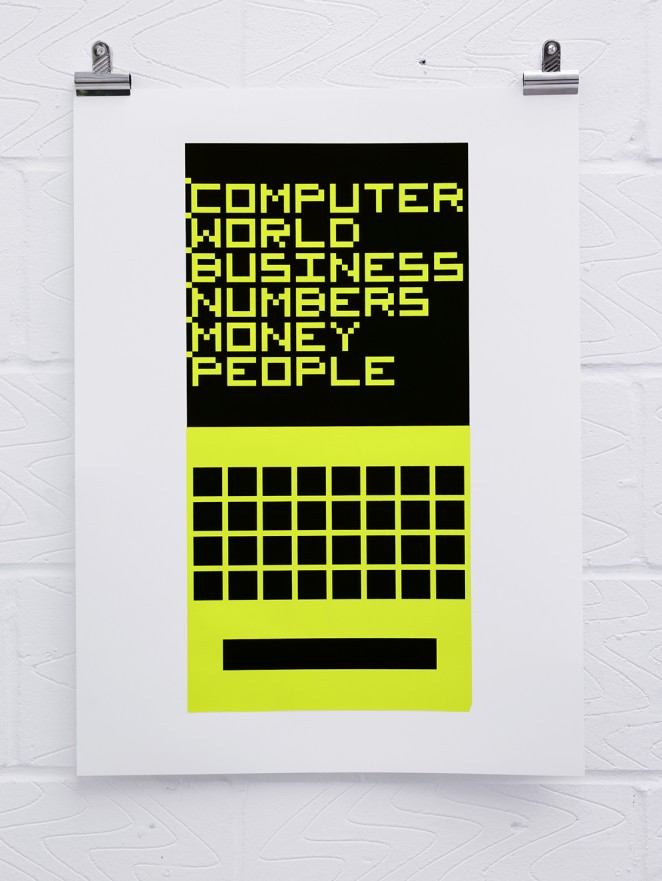 There are only 25 of each limited edition poster available, numbered and signed.
If you are interested in acquiring one of the posters, please get in touch.