It's widely believed that we are currently living through the golden age of televised drama. Kicking off with The Sopranos and The West Wing at the turn of the century and peaking with the Wire and Breaking Bad a few years later, it's true that, for many of us, television is more culturally and emotionally fulfilling than the hollow shell that Hollywood has slowly morphed into. The latest slow-burning show to leave the critics and audiences alike scrambling for adjectives is Mr Robot, which began its second season earlier this month. This is a show starring the nervously twitchy, but brilliant Rami Malek and the resurrection of Christian Slater's career, that takes the basic template of David Fincher's Fight Club and guides it through the alien prism of computer hacking culture. 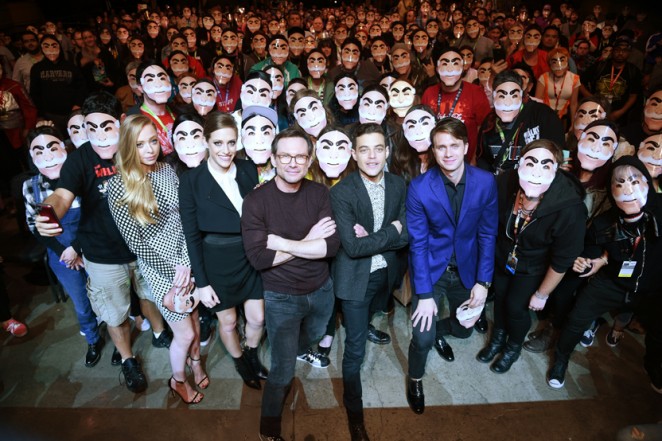 Before this show aired, every piece of entertainment that featured hacking tended to use it as a dues ex machina and made it all seem so joyless and clinical. Mr Robot, however, frames it like poetry. As such, it's rather apt that a new activation designed to promote the show would do likewise with another misunderstood, modern technological marvel; virtual reality. This year at the nerd mecca that is the San Diego Comic-Con, fans of the Emmy-nominated show were able to experience a one-of-a-kind VR prequel, written and directed by creator Sam Esmail and starring Malek himself as Elliot. The 12-minute, fully-scripted piece, created with Chris Milk and Patrick Milling Smith’s pioneering virtual reality production company Here be Dragons, provides viewers with one of the first extended narrative pieces of television content in the VR medium and offers a unique inside look at Elliot’s backstory. 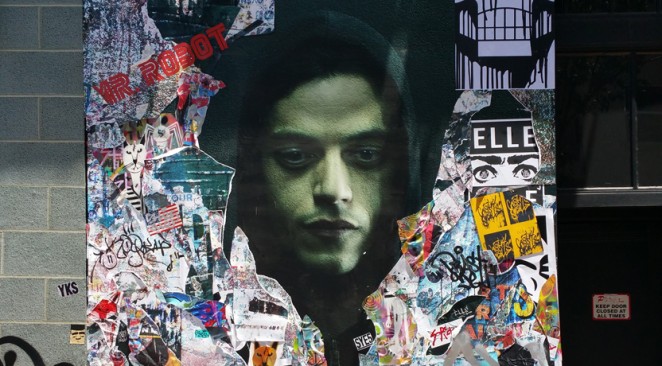 Cast members Rami Malek, Christian Slater, Portia Doubleday, Carly Chaikin and Grace Gummer (Meryl Streep's daughter don't you know!) joined fans as the 12-minute prequel VR scene debuted live yesterday (July 21) at San Diego’s Petco Park. Additionally, USA Network, the show's backers, made the content available in the US and internationally via the Within distribution platform, marking it the largest-ever co-viewing virtual reality simulcast event. Following the initial viewing, the content initially disappeared online, but will be available exclusively in San Diego until this Sunday (July 24) at a special Comic-Con pop-up storefront experience that fans will recognise as an authentic replica of the Mr. Robot Computer Repair Shop from the series. There, fans will enter the interior of Elliot’s apartment to experience the VR scene. Additionally, in partnership with Uber, San Diego Comic-Con attendees will be able to request on the Uber app that the VR experience come to them directly, via bespoke Mr. Robot Computer Repair Shop vans. Frankly, it all makes me wish I could afford to drop everything and book a plane ticket to San Diego. Then again, I feel like that most days. Mercifully, for those of us who couldn't make it to San Diego this week, following Comic-Con the experience will be rolled out wide across multiple VR apps and platforms, including the Within app, Facebook 360, YouTube 360 and New York Times VR. 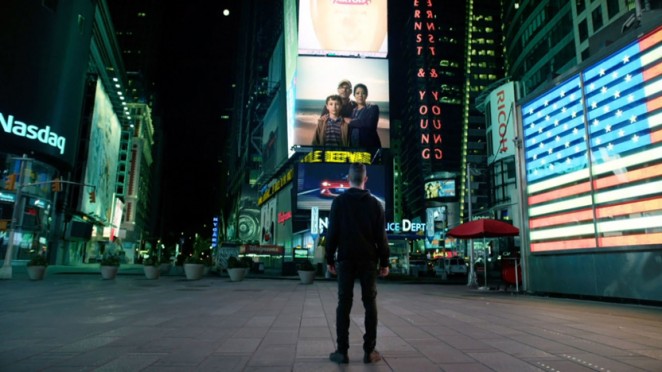 Chris Milk, the Founder of Within, said of the experience: “The Mr Robot VR Experience and simulcast premiere are unlike anything we've ever done before. Sam has brought his vision and voice as a filmmaker to this new medium, helping build a foundation for what narrative storytelling can feel like in virtual reality. At Within, we've been looking for ways to make VR a more social and communal experience, and connecting thousands of fans across the country to the same experience at the same exact time is a giant step towards that goal.” Sam Storr, Executive Producer at Here Be Dragons, added: “This project was sort of uncharted waters for VR. It’s not just a beloved show; fans pour over every frame, finding meaning and intent everywhere they look. For us and for Sam, the VR experience had to blow minds with the same intensity and verve. Sam came through with an amazing angle of approach, and the team at NBCU went the extra mile in order to let the creative flourish. We think the film is amazing, and a huge flag planted in unexplored narrative territory.” 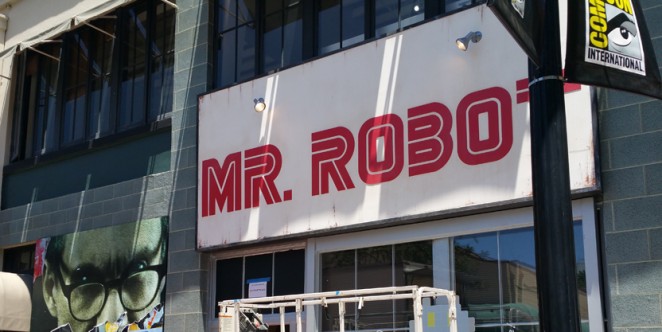 It sounds to me like yet another example of virtual reality being used to offer a unique experience that just wouldn't be possible through any other medium. Everyone keeps banging on about how 2016 is the “Year of VR,” and, whilst it's easy to sneer at such grand proclamation, it's projects like this that make such a claim seem legitimate. It's not even the only VR experience at Comic-Con this year, as MTV also introduced a supposedly “Gaze-activated” VR experience for their show “Teen Wolf.” I haven't seen it, but I have fond memories of the movie!