Whilst the public transport system in London is amongst the best in the world (anyone who says otherwise is obviously deluded or has obviously never been to New York), it can prove pretty pricey. Mastercard are betting on this with their latest activation, which aims to promote the flexibility and offered by their contactless platforms on all Transport for London services, which have honestly transformed the way I use the tube when I'm in town. Seriously. I haven't used on Oyster card in months!

Out-of-home communications agency Posterscope has launched Mastercard’s first locally targeted digital OOH advertising campaign in support of the technology company’s partnership with Android Pay. Mastercard is offering pay-as-you-go passengers the opportunity to travel for free on the Transport for London network for four consecutive Mondays during October, when they tap in with their Mastercard in Android Pay. The offer will be promoted each week across London Underground digital OOH screens and escalator panels, plus platform information screens, PA announcements and social media activity on the TfL Twitter account. 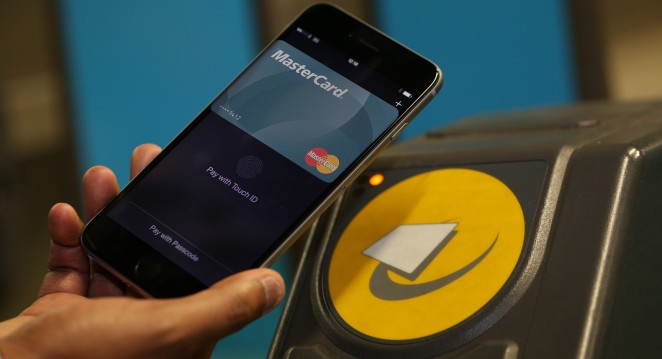 As part of the promotion, Mastercard has also teamed up with Caffè Nero to offer free tea or coffee to customers that pay using Mastercard in Android Pay. Posterscope has deployed digital OOH screens within 500 metres of Caffè Nero stores across the UK. Dynamic creative will update in real-time on the digital screens during the partnership, showing messages including directions to the nearest store from the screen location and details of how to redeem the free hot drink. The free travel and coffee promotion will run until October 24, supported by a wider advertising campaign running across print, digital display and social media, planned and bought by Carat, with creative by McCann London.

Marc Bartholomew, Business Director at Posterscope, said: “Mastercard’s first dynamic digital OOH campaign capitalises on the full benefits of the medium. It uses both location targeting and dynamic creative to provide useful information about the offer to customers in close proximity to a store where they can redeem their free hot drink.” Mark Barnett, President of Mastercard UK & Ireland, added: “Our ‘fare free’ days across London’s transport network have been a big hit with our cardholders, but we wanted to go one step further. By also offering a free coffee at Caffè Nero, we hope that the Monday morning commute becomes a little more enjoyable in more ways than one.”

The offer will only apply to all Mondays in October (including today!) and travel is restricted to Tube, tram, bus, DLR, TfL rail, London Overground and most National Rail services in London. It even covers Emirates Air Line cable car and the MBNA Thames Clippers River Bus service. Mastercard has also said it will only pay up to £30.50 per day and will issue the money back as a refund, you’ll have to pay for it initially. Of course, Mastercard created a similar promotion for Apple Pay users last year, but the fact you don't need to use the fingerprint scan function with Android Pay makes it an even less painful experience.

Benjamin Hiorns is a freelance writer and struggling musician than Kidderminster in the UK.