Renowned media company Martini announced yesterday that they ended the 4th quarter of 2013 with almost 40% of their overall revenue driven by premium programmatic brand advertising. They expect this growth to continue throughout 2014 to over 50%, and have underlined this growth in the field by hiring programmatic sellers, marketers, data scientists and engineers throughout all global regions.

The company lives up to the class and dignified elegance of its namesake by helping many of the most prestigious brands in the world engage with a more affluent and influential audience. As such, their clients tend to stand more on the side of luxury. From high fashion to finance and everything in between, martini has worked with prestigious brand such as Aston Martin, Porsche, Chanel, Microsoft, British Airways and Hugo Boss, amongst numerous others, helping them to succeed in the online world. They do this by funnelling their content specifically to more discerning clients through passion-based niche sites that an affluent audience will interact with on a daily basis. Their campaigns stand out amongst the noise and clutter of the digital marketing world by expertly integrating content, video and social functionality. 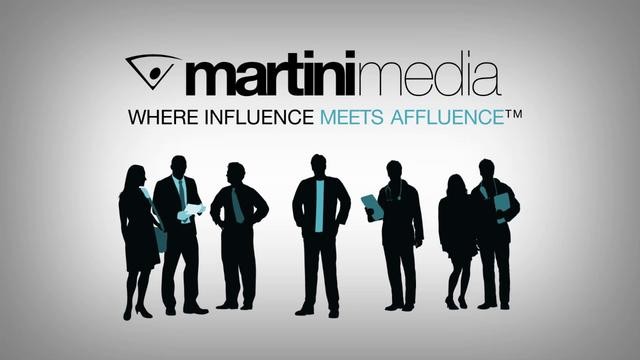 A pioneer in the premium programmatic space, Martini launched a private marketplace earlier this year in conjunction with various partners from publishing, agency and technological backgrounds, alongside exclusive partnerships which will help the company continue to grow in 2014. The bespoke private and premium programmatic marketplace combines automation with real-time bidding and a premium rich media and tablet inventory, which is sold programmatically. While most modern real-time bid exchanges will auction standard inventory, the Martini marketplace packages only the highest quality inventory with analytical data across numerous dynamic content categories. This year, it's hoped that the company's native ad platform (which is now 2 years old) can be scaled to become the very first premium, native programmatic ad platform.

“The new talent will combine consultative media sales skills with a true understanding of the technology driving the programmatic space.”

Martini President Tom O'Regan has said his company is “Realigning and growing” their sales leaderships by focusing on higher levels of talent and focusing more heavily on premium programmatic marketing. He says the new hires will “Combine consultative media sales skills with a true understanding of the technology driving the programmatic space.” He doesn't discount his current employees though, going on to say that he believes the new executives will fit in effortlessly with their peers, many of which came from companies such as Google, Yahoo! And Xaxis, where performance advertising and programmatic solutions were first pioneered. 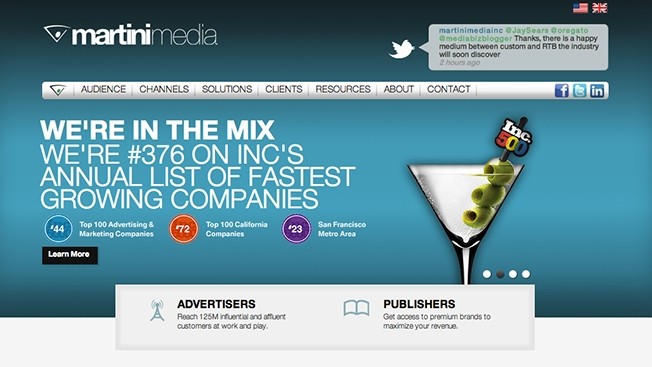 Internet marketing researchers eMarketer have said that by 2017, advertisers will be spending as much as £9 billion on programmatic marketing thanks to the shifting needs of the public and the way they access content. If this is true, Martini (who have been names one of the top ad tech companies in the world by AdExchanger) are perfectly poised to take advantage of the tide.

Martini has its headquarters in San Francisco, but also has offices in New York, Chicago, Detroit, Los Angeles and London. Visit www.martinimediainc.com to learn more.

Benjamin Hiorns is a freelance copywriter from the UK who is far from affluent but loves a good martini.