Marmite spread the love this summer

Marmite have been milking the “Love it or hate it” tagline for decades now, to the point where it was actually starting to wear a little thin. This summer however, the brand is launching a limited edition summer spread, and to market it, they've decided to put a fresh spin on the old tagline with an animated campaign that exhumes the spirit of 60's hippie psychedelia in a surprisingly edgy manner that's part Yellow Submarine and part Cartoon Network. The integrated advertising campaign is built around the limited edition spread, which is available to buy until September. Kicking off this week, the “Summer of Love Not Hate” campaign from adam&eveDDB takes design inspiration from the Woodstock summer of love in 1967, and aims to encourage the nation to spread the love (and hopefully a little Marmite as well) this summer.

Marmite is launching a limited edition summer spread, and to market it, they've decided to put a fresh spin on their old tagline “Love it or hate it” 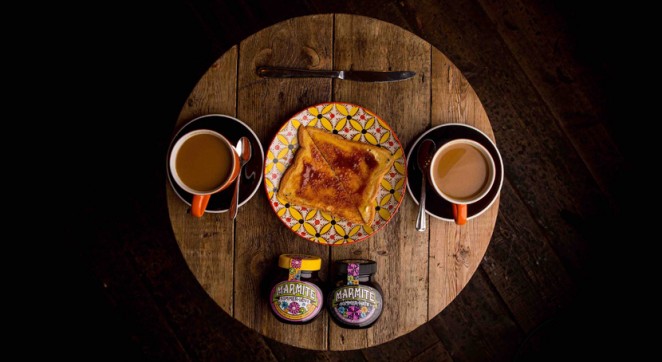 The campaign includes an animated online film featuring a musical battle between a colourful cartoon kitten and a crazy rock monster vying for supremacy over the new summer jars. The film (below) will be available to watch on YouTube and Facebook, and more Summer of Love and Hate characters can be seen on three paradoxical outdoor poster pairs on the London underground. In addition to the advertising campaign, Marmite is launching a Marmite Love Café; the world’s first “Payment by social sentiment” restaurant, which will be open to consumers on Tuesday the 4th and Wednesday the 5th of August. The aim of the Marmite Love Café is to “Reward those who are lovers not haters,” though exactly what form this will take remains unclear at the time of writing. Mindshare handled the media for the campaign, whilst W Communications is handling the experiential and PR activity around the Marmite Love Café and Clarion is handling the PR.

Marmite – The Summer of Love not Hate

Philippa Atkinson, assistant brand Manager for Marmite, said: “With an innate ability to create buzz, Marmite owns a unique territory and we aim to build on this with the launch of our integrated advertising campaign and the Marmite Love Café. This summer, we want to encourage the British public to be lovers, not haters.” Ben Tollett, ECD at adam&eveDDB, added: “What was wrong with the First Summer of Love in 1967, the Second Summer of Love in 1988 and the Third Summer of Love in 2004? Not enough recreational Marmite use. But things are about to change. Welcome to Marmite's Summer of Love not Hate 2015. It's just like your standard Summer of Love. But with a little bit of hate thrown in. Groovy.” 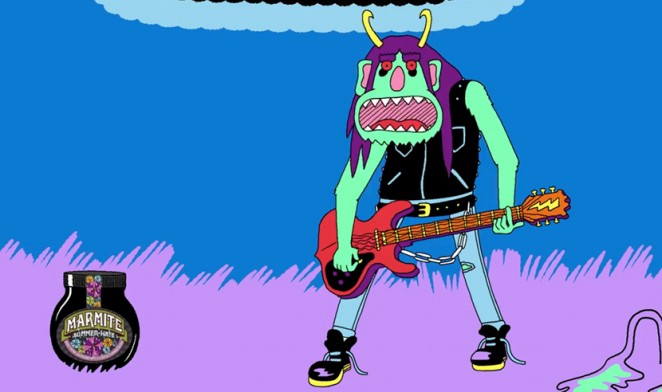 Made with 100% lager yeast, the new limited edition variant of Marmite is a more delicately flavoured adaptation of the traditional recipe that has been loved (and hated) by consumers for many years. In keeping with Marmite’s opinion splitting ways, the new summer flavour will come in two beautifully (and quirkily) illustrated “Summer of Love” and “Summer of Hate” jars. However, Marmite fans might want to keep their eyes peeled at the next big shop, as only 94 “Summer of Hate” jars will be available across the UK (one for each day of British summer). Could we be looking at a future collector’s item? 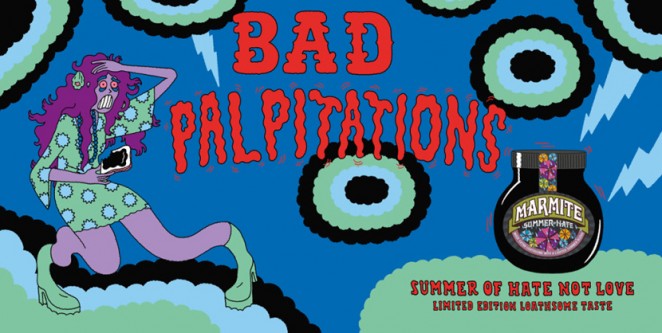