No I'm not talking about the most dodgy young adult novel known to man here, but an interesting and frankly bizarre innovation from the Mumm Champagne House. The famous fizzy wine merchants unveiled the world's first connected smart bottle of bubbly at the F1 Monaco Grand Prix this week, with none other than celebrated producer turned genuine pop star Mark Ronson (literally) popping the cork! The son of a famous music manager, Ronson found fame himself towards the tail end of the last decade thanks to his soulful covers of modern classic pop and rock songs, amongst which were Amy Winehouse's “Valerie,” a song that would go on to become a genuine classic (and wedding disco favourite). He recently found further fame thanks to the global mega smash “Uptown Funk,” which even I have to admit is pretty bloody catchy! As a man whose music, background and personality typifies extravagance, Ronson seemed the perfect fit for the brand, and so was the first to take part in the experience, which was filmed aboard the company's private yacht, docked in the port of Monaco, and broadcast live on Periscope. The “Connected” smart bottle of Mumm Champagne is an exclusive innovation that the company claim is “Destined to virtually reinvent the celebration experience.” As soon as the cork is popped, images of the celebration are broadcast live on to different screens instantaneously, in a process that was a perfect match for celebrations at the Monaco F1. The experience works via a sensor that links the bottle to a receiver in the venue's audio and visual system triggering an interactive sound and visual experience when the cork is popped, which can be personalised to match the venue hosting the unique innovation. Alongside Mark Ronson, the exclusive launch event was attended by guests including socialites Cara Delevingne and Poppy Delevingne, former racing driver and Grand Prix owner Eddie Jordan, and international club owner Jean-Roch. There was also an exclusive performance by Singtank, the French band duo of Ronson's wife Josephine de la Baume and her brother Alexandre de la Baume. 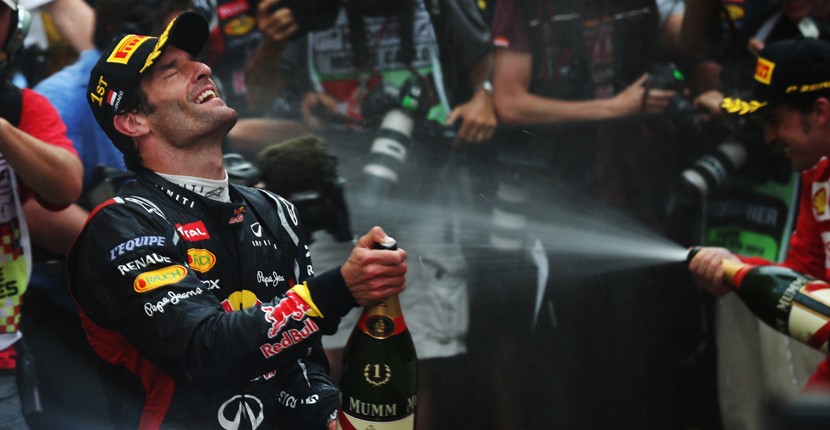 On the same evening, Ronson also mixed the music at the VIP Club in Monaco at a party held by the brand, and had the privilege of standing up on the podium to present the Jeroboam of Mumm Champagne to the winner of the Monaco Grand Prix; Nico Rosberg, who claimed the title from our own Lewis Hamilton in a frantic final dash. The operation celebrates the historic partnership between the famous Champagne House and the world of Formula 1, which has existed for over a decade, with Mumm being the Champagne of choice for drivers to playfully blast over one another as they stand on the winner's podium. This is only the beginning for the concept too, as this summer, many partnerships with Mumm and the smart bottles have been conceived with top nightclubs, in particular, with Pacha in Ibiza, where digital screens will be installed throughout the venue. 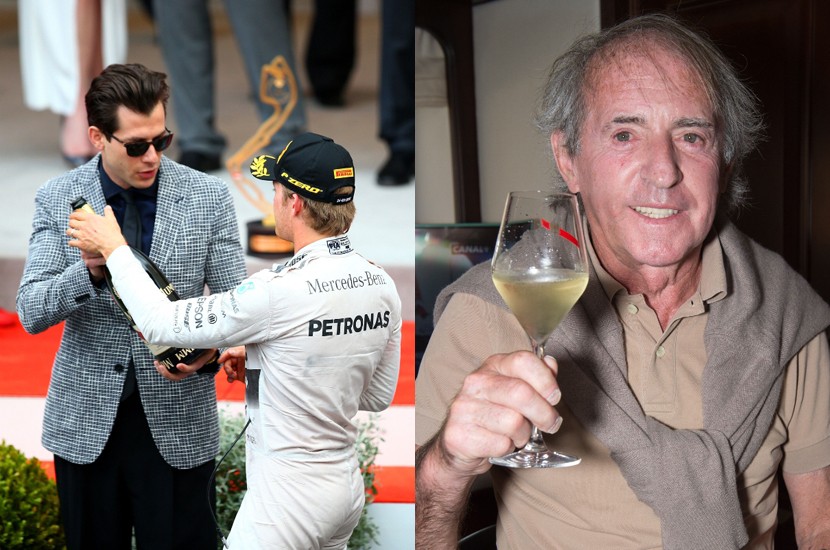 Ronson spoke about his experience aboard the Mumm boat: “Launching the world's first connected champagne bottle with Mumm and handing the Jeroboam to Nico Rosberg at the Monaco Grand Prix was an incredible experience, and one I feel very privileged to have been a part of. Mumm's ambition to bring innovative firsts to the world is extremely inspiring and when I popped the cork of the Magnum of Mumm it was an unforgettable moment of celebration. The fact that these images are instantaneously broadcast using smart technology is also quite simply amazing.” Philippe Guettat, Chairman and CEO for Mumm House of Champagne, added: “The launch of this ground-breaking initiative with Mark Ronson propels Mumm's on-going mission to be an icon of victory, to bring innovative firsts to the world, and ultimately to create truly thrilling experiences that enhance the moment of the champagne celebration.” Raphaël Aflalo, co-founder of My Love Affair, the London and Paris-based agency that provides a link between brands and artists, said of the event: “We are delighted by this collaboration with Mark Ronson, making him one of the worldwide artist ambassadors for Mumm.” 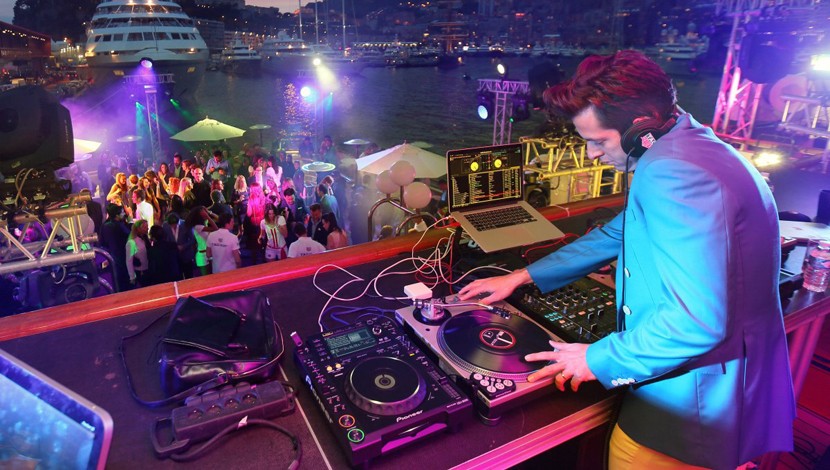 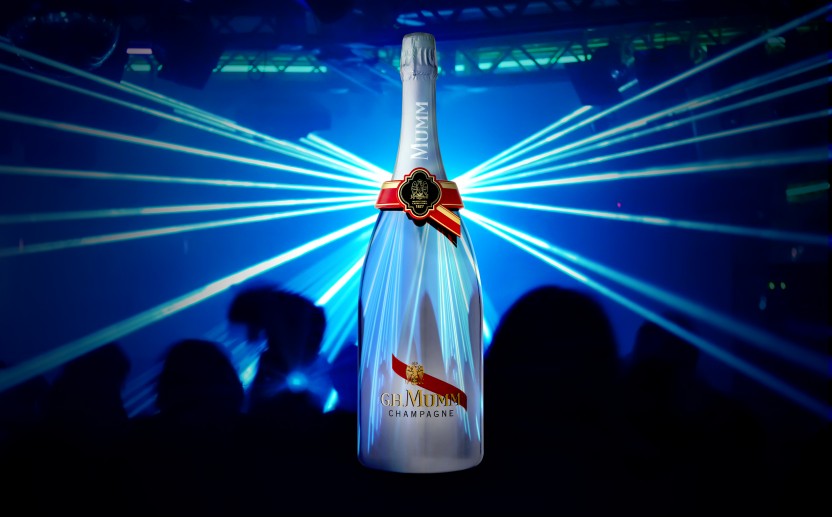 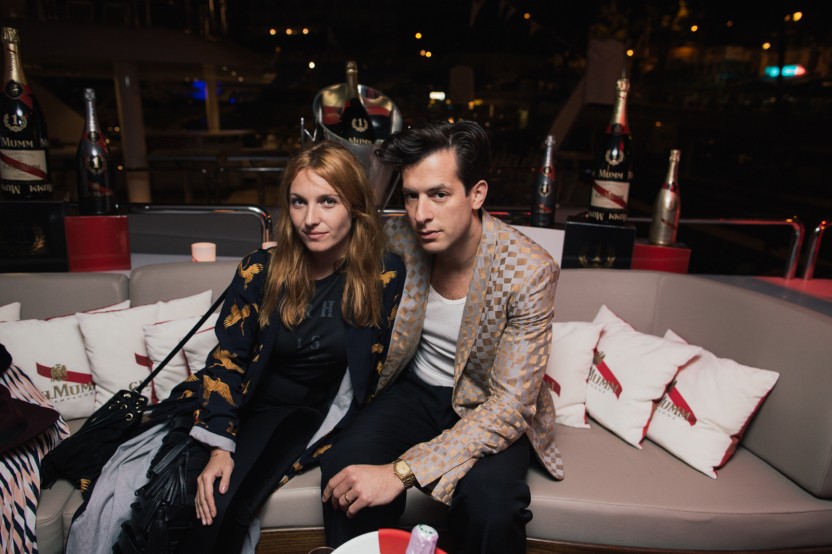 Benjamin Hiorns is a freelance writer and struggling musician from Kidderminster in the UK. He doesn't really care much for the taste of champagne, he's more of a beer guy.