Today (June 1) marks the launch of The Body Shop’s latest and most ambitious campaign against animal testing in partnership with Cruelty Free International. Harnessing a number of famous faces and social influencers dedicated to the cause, The Body Shop aims to get eight million petition signatures to put an end to cosmetic animal testing in products and ingredients worldwide. 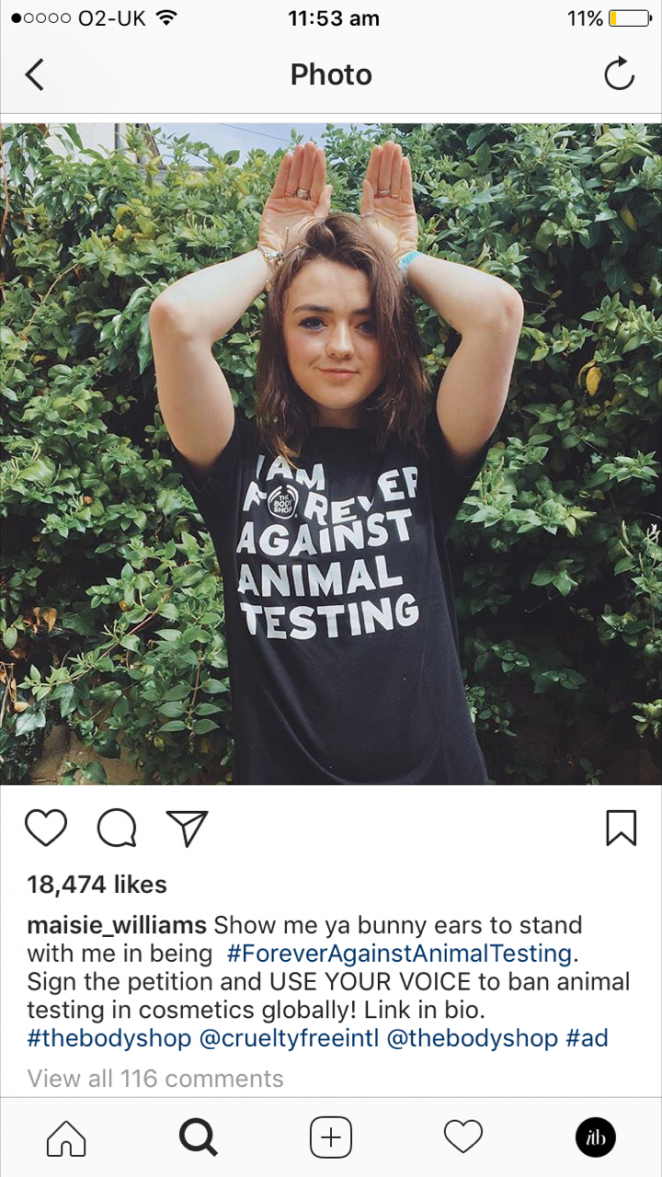 Since the 1980s, The Body Shop and Cruelty Free International have pioneered the fight to end animal testing in cosmetics. Much progress has been made with UK and EU-wide bans in place thanks to the efforts of this partnership. However, there is still much work to be done, with 80% of countries around the world still having no laws against animal testing in cosmetics. To reach the audience needed to fulfil its goal, the cosmetics and skincare company has partnered with entertainment marketing agency, ITB, to secure a number of celebrities and social influencers to catalyse an organic social campaign. 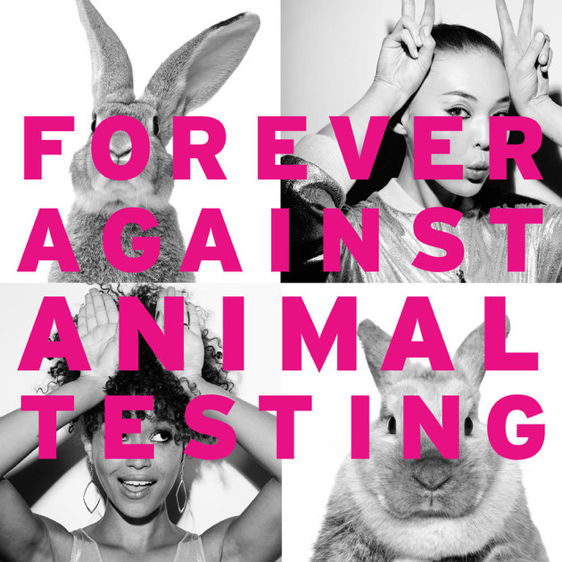 Jhene Aiko, Kelly Osbourne, Dalal, Maisie Williams, Ariel Winter, Gemma Chan, Bar Rafaeli, Megababy and Adrien Grenier, among others, have been secured by ITB for the campaign. All of those involved will be posting on Instagram and other social channels using the ‘bunny ears’ gesture to show their support for the movement. Ensuring that the campaign impacts real social change, the talent was selected based on the values they hold which align with those of The Body Shop. 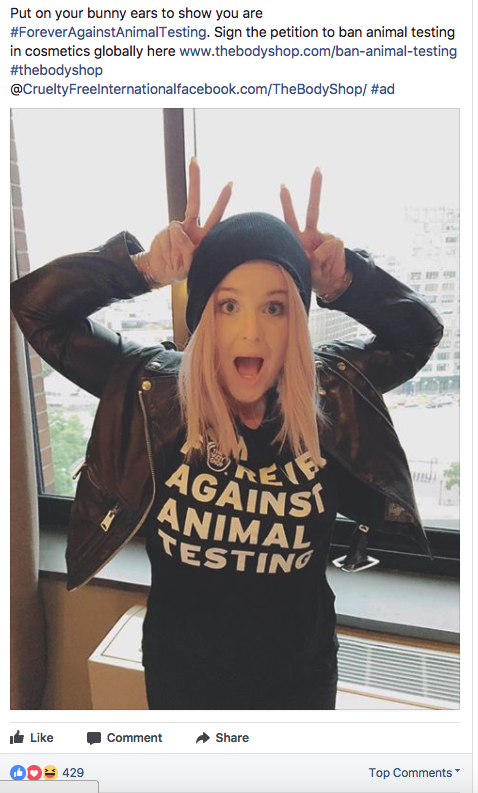 Commenting on the choice of talent for the campaign, ITB Group Strategy Director, Antonia Thompson Weisman, said: “This is a cause that all of the talent involved feel strongly about. This strong emotional overlap with the core values of The Body Shop makes their alliance with the brand and this cause genuine, organic and authentic. This is a great example of leveraging talent and influencers to move the needle for the greater good, in support of a cause everyone can get behind.”