How can we make healthy eating cool for a generation of kids and young people brought up in a culture where less healthy brands have the biggest marketing budgets?

Jamie Oliver challenged developers, coders and tech wizards from all over the world, at the start of a very inspiring 48 (mostly sleepless) hours, by asking them: ‘How can we make healthy eating cool for a generation of kids and young people brought up in a culture where less healthy brands have the biggest marketing budgets?’

50% of children in the UK are considered obese, yet the 2012 Olympic Games were sponsored by Cadbury’s, Coca Cola & McDonald's

The wider context of Jamie’s problem was then laid clear. 50% of children in the UK are considered obese, yet the 2012 Olympic Games were sponsored by Cadbury’s, Coca Cola & McDonald's. Technology plays an essential role in everyday lives, so it was up to the teams at FoodHack London to find accessible ways of nuturing children through their most important daily decision: what they should eat. It was testament to the urgency of the problem that the atmosphere at the hackathon was one of accessibility and creativity, even at the most inhuman of hours. 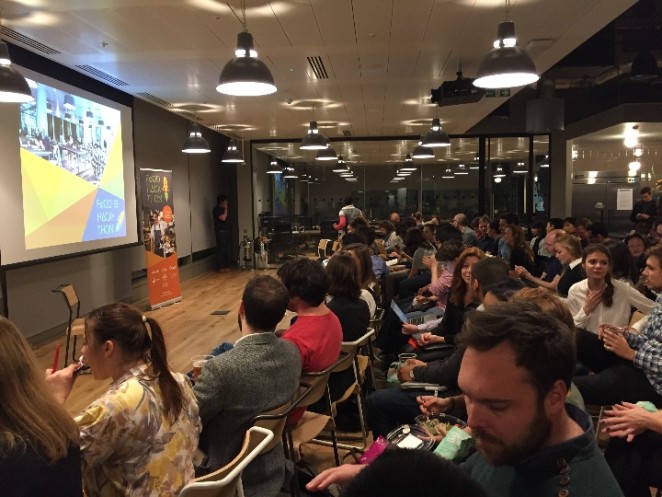 The weekend was organised by London Food Tech Week co-founders Nadia El Hadery and Victoria Albrecht alongside Umesh Kumar and Mark Corbett from Pace Ventures. Energy levels were kept high with a host of mentors and speakers on hand to share ideas and inspiration. Jina Bae talked the teams through her start-up Chop Chop, an idea realised after she met her team at a hackathon. Google’s Food Service Manager, Jim Glass, shared his knowledge of using food consumption psychology and vast amounts of data to plan and predict food production and distribution, and Farmdrop founder Ben Pugh offered advice on how to develop ideas and concepts. As the teams worked into the building phase of their projects on Saturday, the magic of FoodHack London was being realised. People had met just 24 hours ago, but they were now working together to develop life changing pieces of technology.

Healthy foods were provided to keep minds and bodies sustained. Henchman demonstrated the ease of ordering healthily by delivering lunch from thier app on Friday. And a home cooked feast from Nigerian Kitchen on Saturday sustained energy levels throughout the night. 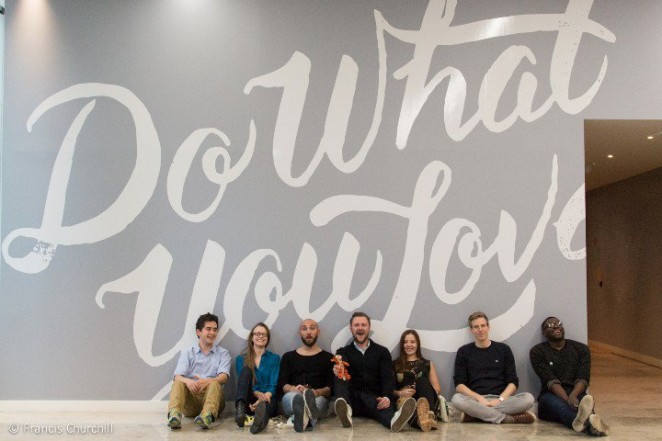 FooPow celebrate thier win after a long and inspiring weekend

All the hours of careful planning and coding were laid bare in the judge’s presentations on Sunday. The winning team was FooPow; a web game that teaches users to make healthy food choices so that their avatar becomes stronger. Foopow’s master plan is to move the game into wearable tech. Their hours of hard work were rewarded with prizes including mentoring sessions from from Hoxton Ventures and Edelmen PR. Amazingly, the team were also invited to pitch their app straight to Jamie Oliver himself.

It was a week of firsts from the London Food Tech Week team and FoodHack London was an inspiring insight into how immediate change can be facilitated by focusing London’s tech capacities’ on very real problems around food and sustainability.

Feeling inspired? Stay tuned for details about London Food Tech Week 2016 and read more about how the Hackathon developed hour by hour here. And now... to bed.