When I say the word “Lego,” chances are that your mind is immediately drawn to either one of two things; last year's surprisingly wonderful “Lego Movie” (still not forgiven that Oscar snub) or a childhood spent idly placing blocks on top of other blocks, blocks which you'd occasionally leave lying around (accidentally on purpose?) for your unsuspecting, barefooted parents to step on. But if there's one thing you almost certainly don't consider, it's the future of digital modelling. Prepare for those preconceptions to shift, however, thanks to the recent introduction of the Lego X system from the London design studio Gravity Sketch. 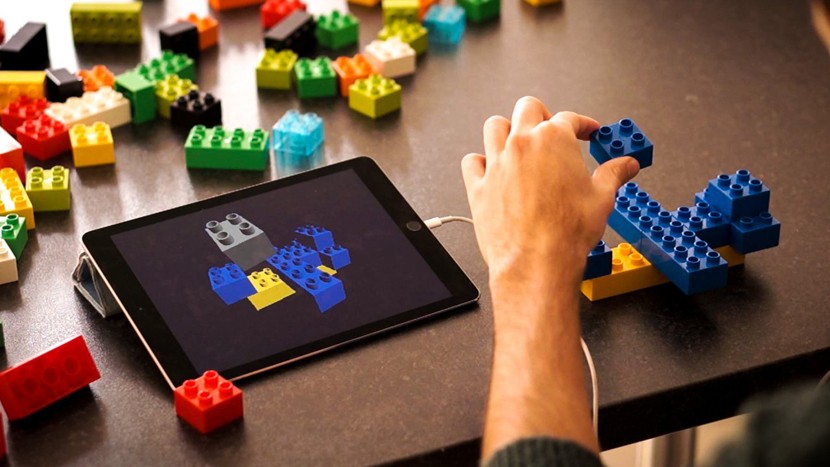 A unique and really rather fun (presumably) digital modelling kit for professional designers and hobbyists alike, Lego X works through a bespoke app that recognises physical constructs using a combination of location-mapping and gyroscopic sensors. Once a physical model has been made from the supplied bricks (which, for the time being at least, have more in common with the larger Duplo bricks than traditional Lego bricks), Gravity's app is able to create a digital 3D model from it by plotting the position and orientation of each component. Each block in modelled individually so that every time a block is moved or turned, its digital counterpart mirrors those movements in real time on screen.

The app that comes packaged with Lego X is the real selling point. The intelligent software is able to analyse, for example, when a user is building an angled section and forms a slope to fill in the gaps. Digital models on screen can also be fixed to one orientation while the physical structure is built, and rotated to view from different angles either within the app or by handling the blocks. Once the app has finalised the digital file on screen, it can also be exported to be used in any way the creator desires, it could even be reprinted in the physical realm with a 3D printer. A physical model of a digital model of a physical model. Wrap your heads around that one!

According to Gravity's co-founder Oluwaseyi Sosanya, Lego X is “A network of bricks that communicate” through their in-house app. He explains, “You have your bricks and you start building with them, and the system understands the shapes being built and lets you control certain parameters to modify the shape for use when you've finished building.” When he puts it that way it really does sound pretty simple, and (to my eyes at least) that's primarily what this project has to offer the world of digital design; simplicity and immediacy. Sosanya also says that he hopes the next iteration of Lego X will “Be integrated into the standard Lego size bricks.” It is called Lego X after-all, not “Duplo X.”

Once the app has finalised the digital file on screen, it can also be exported to be used in any way the creator desires

The potential applications for this technology are incredibly far-reaching, especially when paired with the Lego Architecture Studio kit, which the Danish toy company launched last year specifically with the architecture and design community in mind. It's not just simple, flat buildings that the technology could be used for either, as once the physical form has been mapped into the app, it can be further manipulated onscreen to create complex forms. Files can also be smoothed to remove the joints between the bricks and rounded to create curves and rounded edges, filling in the gaps, so to speak. Clusters of blocks can also be formed together within the software to create larger, more complicated single entities. 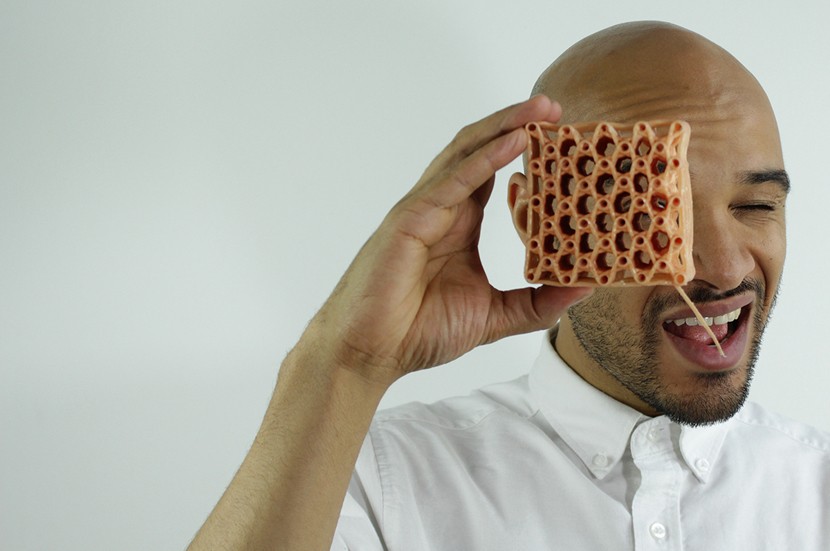 The quartet behind the project, all of whom are graduates of the Royal College of Art and the Imperial College London, developed the technology whilst they were working with the concept of transforming 2D drawings into digital 3D models. Lego, it appears, was a more immediate and (some might say) tactile toolset. It should be worth noting that a similar system has already been developed by designers Unfold, Kirschner3D and Penny Webb, but their system of taking the dimensions of physical objects and making them into digital models is significantly more complicated than what Sosanya and his team are trying to accomplish. Lego X is all about immediacy, creativity and inspiration, and the design world could always use a little more of that. 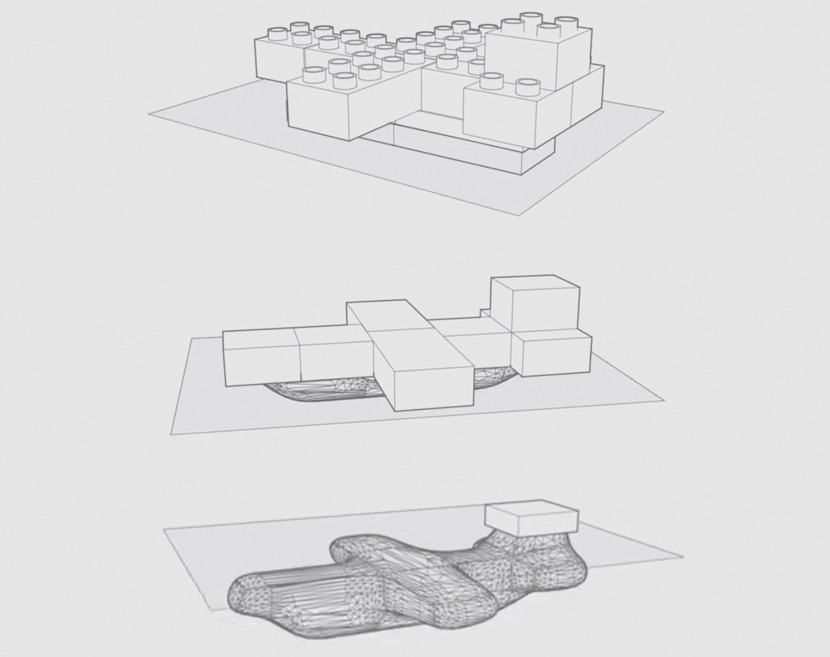 Benjamin Hiorns is a freelance writer and struggling musician from Kidderminster in the UK. In his youth he attempted to construct the entirety of Springfield (the fictional home of The Simpsons) using Lego, but only got as far as Moe's Tavern before he ran out of bricks.