Global media agency Carat analysed consumer sentiment around the Oscars on social media to determine the ‘audience votes’ ahead of the big announcement made on 26th February, when the underdog “Moonlight” walked away with the Best Picture after a shocking turn of events that saw the trophy literally ripped from the hands of the odds-on favourite, “La La Land.” This involved aggregating data from Twitter (from the month of February) to understand the public’s favourites to win (and least favourites). In terms of overall Oscars buzz, 41% of the total occurred on Jan 24th when the various nominees were initially announced. A further 19% occurred over the subsequent 48 hours, meaning that the initial 72 hours accounted for 60% of the total buzz. One additional spike (four% of the total) on 7th February, which appeared to be driven by news that Hidden Figures had surpassed La La Land as the year’s highest grossing Oscar nominee. 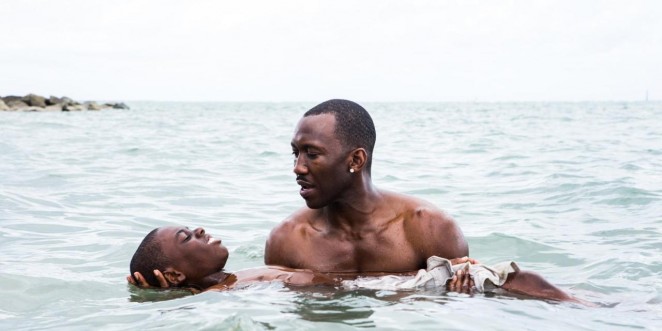 No matter how you slice the data, La La Land was the dominant force in terms of mentions. In terms of overall volume within the category, La La Land accounted for 43% of the total. On announcement day specifically, La La Land accounted for 45% of the total; excluding announcement day from the data still left the film with a dominating 42% share-of-voice. In terms of sheer buzz, Moonlight (the eventual winner) and Hidden Figures provide the closest competition for La La Land (accounting for 16% and 15% of the overall buzz respectively). With only 2% of the total category mentions, Hell or High Water could have been considered a longshot. Despite Casey Affleck sitting comfortably in third place in terms of ‘Best Actor’ buzz, and his actual eventual win, his film Manchester by The Sea was second last in terms of ‘Best Film’ buzz (holding only 4% of the overall share-of-voice). 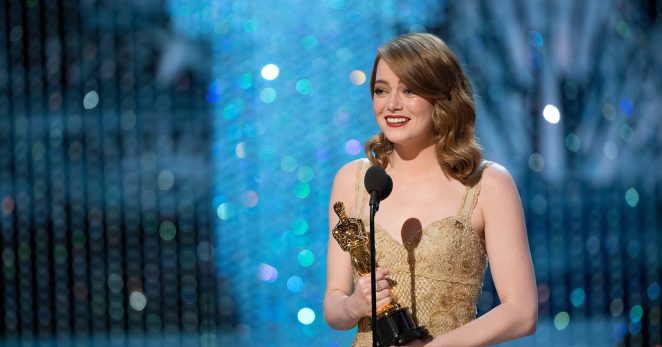 Meryl Streep is the most nominated person for the Oscars in Leading Actress or Supporting Actress ever with 20 nominations. This was taking up the majority of her mentions. This, in conjunction with her Golden Globe speech, which was highly critical of Trump, has caused people to talk about how she should win the Oscar to spite Trump or how her being nominated again disproves Trump’s theory that she is “overrated.” Some people also disagreed with Ruth Negga being nominated over Amy Adams. Emma Stone ended up claiming the award on the night. 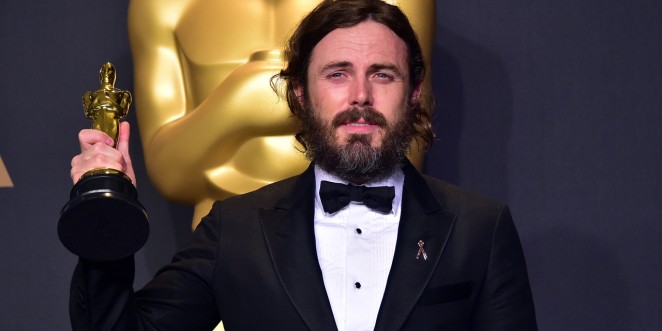 Casey Affleck had a high amount of negative sentiment in terms of reactions to his nomination due to previous allegations of sexual assault put against him back in 2010. He was, however, expected by many to win due to him already having success this award season. These expectations, of course, turned out to be true. Many were comparing Trump being elected or the end of the world to Casey winning the Oscar. Some people were interested in the idea of Emma Stone and Andrew Garfield winning their respective categories to reignite their previous romance. Emma Stone also had almost double the mentions of Ryan Gosling (her co-star in La La Land). 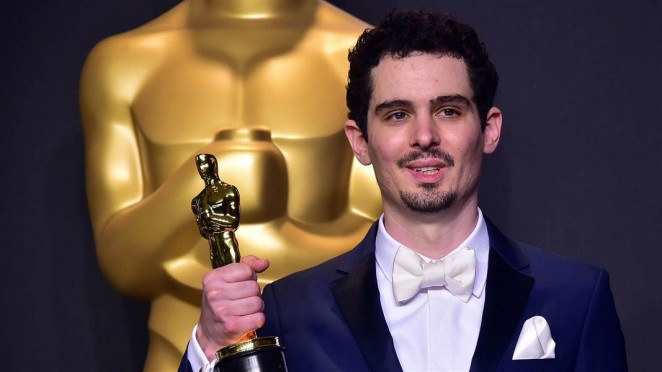 Barry Jenkins broke an Oscar record by being the first black director to be nominated for Best Writing, Best Director and Best Picture. He was the only black director in the Best Director category this year, so along with nominees including Ruth, Viola, Dev and Denzel (amongst others) he was going against the #OscarsSoWhite disappointment of last year. Dennis Villeneuve released a statement when he was nominated for his Oscar for “Arrival,” saying that Amy Adams also deserved a nomination in the Leading Actor category as she was ‘the soul’ of the film. This caused a lot of controversy around the Amy Adams snub debate. Why did the Oscars ignore her? Is she the new Leonardo DiCaprio (whose Oscar notoriously alluded him)? Damien Chazelle ended up claiming the director prize for La La Land. 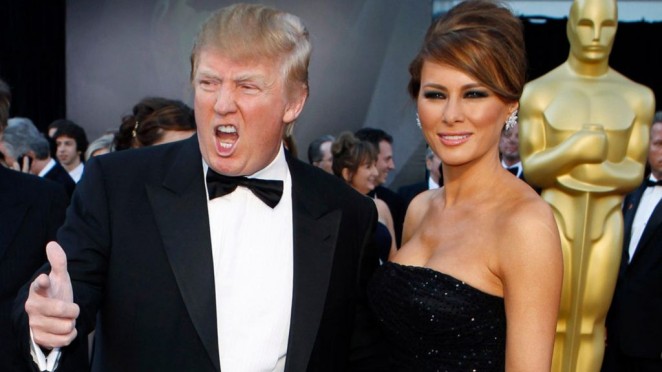 This year has seen a rise in diversity in Oscar nominations with nominees of all races. However, some people still argue it’s unlikely these people will win given the systemic racism in the industry. This debate was stirred up by Mel Gibson’s nomination for Best Director for Hacksaw Ridge. Lack of diversity was a big issue last year but it is unclear whether this year will see much improvement until the winners are announced. The majority of nominees are still white Americans and Brits.

Meryl vs Trump is a big theme in the Oscars this year. In addition, Trump’s attempt to limit entrance into the US from seven primarily Muslim countries has caused controversy. If the ban had been upheld, one of the directors for Best Foreign Film would have been banned from the ceremony. Now one of the actresses is boycotting the awards as a political statement.

People believe the Oscars is over-glorified and should not be watched. Others are refusing to watch it due to political concerns over Trump and America.

His Oscar win was the best thing to happen in 2016 to some. Some people say they don’t care about this year’s awards as he has already won his Oscar. Some people are comparing him to Amy Adams after she was apparently snubbed this year.

The age group of the majority tweeters surrounding the Oscars was 35+. In the acting and directing categories, women dominated the mentions with Viola Davis (up for Best Supporting Actress) getting 73.7 mentions, Meryl Streep (Best Actress) with 36.6k and Emma Stone (Best Actress) with 21.1k.

La La Land dominated the mentions with over 145k tweets mentioning the film. The majority of the tweets have come from mentions of them becoming the jointly most nominated film at the Oscars, ever. La La Land was up for 14 gongs (tied with All About Eve and Titanic), but it took home just 6. There were also debates as to whether they should have won as well as a few mentions when fellow nominee Hidden Figures surpassed La La Land as the top grossing film this year.

Carat observed high volumes of mentions for Dev Patel with tweets being driven by three key topics. Firstly, the potential of him being the first ever Asian Oscar winner in any category. Secondly, his conversation at the Oscars Lunch with fellow nominee and eventual winner Mahershala Ali. And, thirdly, being in the Best Supporting Actor category because he shared the lead role with local child Sunny Pawar.

The highest number of mentions went to Viola Davis as she became the first black women to be nominated for three Oscars (Fences, The Help and Doubt). There was also a tweet with 2,100 RTs saying Viola should win the Oscar for her famous grabbing-handbag-and-leaving meme. This was the most frequently RT’ed content for Viola that didn’t mention her three Oscar nominations. She ended up, of course, claiming the prize on Sunday night. 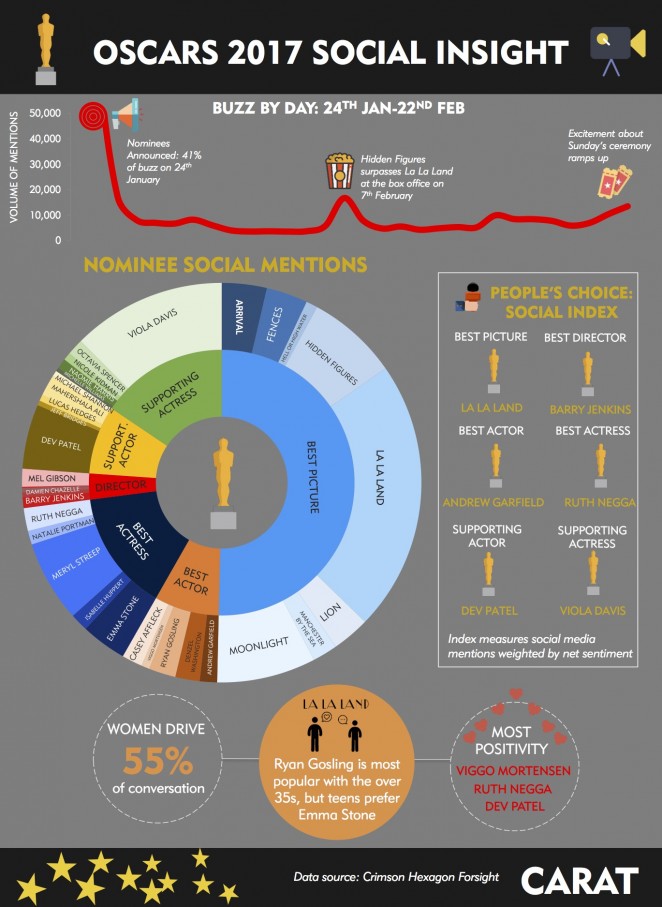