Honda is launching a series of sponsorship idents for Channel 4’s Film On 4 showing that even the most progressive people and products need some time out once in a while. The £5 million campaign is the first TV work created by Karmarama for the brand since winning Honda's Channel 4 film sponsorship business in a competitive pitch earlier this year. The Japanese car-maker’s two-year sponsorship deal includes all films shown on More4, Film4 and E4. Honda previously sponsored Channel 4 documentaries between 2010 and 2013. 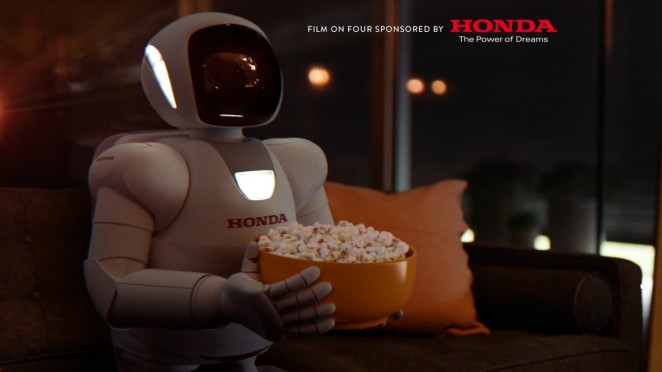 The idents show Honda workers and state-of-the-art products from the Honda range, including ASIMO the robot and Miimo the robotic lawnmower, taking a break to watch a movie. Honda’s team and innovations are seen in the various settings that fit within the Honda world, including a state- of- the- art home, a car factory and a scientific research unit in a forest. The campaign, which carries the line “Even progress needs a break,” aims to showcase the progressive spirit of the Honda brand. The campaign will run across Channel 4’s channels from Sunday. Karmarama has been on the Honda roster for over 12 years, producing integrated work including CRM and digital. The campaign was supported with work from Production agency, Academy Films, and VFX by MPC. 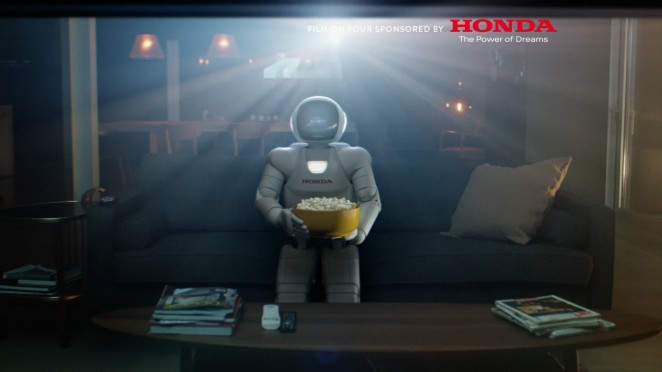 Olivia Dunn, Head of Communications at Honda (UK), said: “While we are predominantly known for our cars and bikes, we like to think of Honda as innovators and engine manufacturers first and foremost. These new idents for Film on 4 are a great way of showcasing the depth and breadth of what we make and pushing that message out to a large and captive audience.”

Nik Studzinksi, Chief Creative Officer at Karmarama, added: “Honda is constantly innovating to make so many different parts of our lives better, not just cars, and we’re proud to have helped put this commitment to progress at the heart of the idea for their sponsorship of Film on 4.”