Yesterday morning, John Lewis officially launched its 2016 Christmas advertising campaign; “Buster The Boxer,” on its official website social media channels. Within hours the internet had voiced its collective opinion. The first terrestrial TV airing, meanwhile was on ITV last night, but this year, the iconic Christmas ad goes far beyond the television, with a greater emphasis on social media emphasised by the heavy use of the hashtag #BusterTheBoxer. This year, John Lewis is also celebrating unique partnership with Sky, which in addition to the advert and a ‘making of the ad’ film, will include bespoke content about British Wildlife, presented by Wildlife TV presenter Patrick Aryee.

As ever, the actual spot itself (the real one) is set to a maudlin cover version of a classic song. In this case, the song is “One Day I’ll Fly Away” by Randy Crawford, this time recorded by the British band Vaults, who are surely expected to benefit greatly from the exposure. The two minute advert tells a magical, make-believe story of Buster the Boxer dog and his family at Christmas, which is poles apart from the bleary-eyed “Man on the Moon” spot from last year. Once again, the spot and its accompanying campaign has been created by adam&eveDDB, who have done a great job here by rectifying what many saw as the great mistakes of last year. This is not an ad that will make you cry (unless you really are quite a sap), but one that will make you smile and maybe even laugh. Honestly, with Donald Trump and Brexit still fresh in the mind's of the nation, let's consider it a mercy shall we? 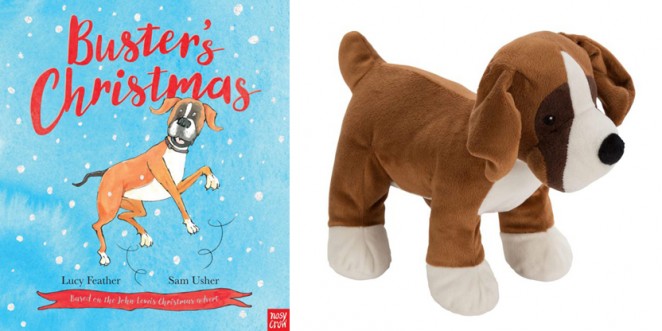 The advert tells the story of a little girl called Bridget and her loveable dog Buster. Her Mum and Dad buy her a trampoline for Christmas and hide it in the garden to surprise her with on Christmas Day. However, after dark, in a magical world observed only by Buster, a cast of wildlife animals emerge from the undergrowth to have a go on the tramapoline, much to Buster's dismay. Fast forward to Christmas Day morning and. Well. You can probably guess the rest. It's a reliably charming spot that includes some cracking post production CGI work from MPC. John Lewis has also chosen The Wildlife Trusts to be this year’s Christmas campaign charity partner, which makes sense given the theme of the campaign. John Lewis will make a donation to The Wildlife Trusts from the sale of soft toys of the characters which feature in the advert. The retailer has also worked with the charity on a number of fun, educational tools which will be available online, to encourage more children to develop an interest in British wildlife.

Craig Inglis, Customer Director at John Lewis, said: “2016 has certainly been quite a year, so we hope our advert will make people smile. It really embraces a sense of fun and magic, reminding everyone what it feels to give the perfect gift at Christmas. Each year we work with a charity which fits our ad, and we hope this year’s campaign will encourage more children to discover a love of British wildlife and encourage support of The Wildlife Trusts.”

Stephanie Hilborne OBE, CEO of The Wildlife Trusts, added: “The Wildlife Trusts believe that everyone should have the opportunity to experience the joy of wildlife and wild places in their daily lives. So John Lewis putting some of our most beautiful British wild animals at the centre of their Christmas advert and making The Wildlife Trusts their charity of choice this Christmas is great news. With this support we will be able to inspire thousands more children about the wonders of the natural world.”

The campaign will also include a fair amount of in-store activity, with the retailer's flagship shop on Oxford Street offering an exciting virtual reality experience using the Oculus Rift that will bring to life the magical world of Buster and his friends. There will also be a 360 film experience available using Google Cardboard in Oxford Street and accessible on johnlewis.com and YouTube (also below). The real heft of the campaign this year, however, is in its social media offering. In a first for the retailer, John Lewis will be partnering with Snapchat to create a bespoke Snapchat Lens (available until midnight tonight) that will transform users into Buster the Dog. Plus, throughout December, customers visiting any of John Lewis’s 48 shops will also be able to apply a Snapchat filter to any of their pictures taken while in store. Until Sunday 13 November, customers will also be able to use bespoke Twitter stickers so they can personalise their own photos with Buster and his friends. Media planning and buying on the campaign was through Manning Gottlieb OMD. The spot was directed by Dougal Wilson, who also directed the three previous John Lewis Christmas adverts including 2011’s “The Long Wait,” 2012’s “The Journey,” and 2014’s “Monty’s Christmas.”

Of course, the spot has already seen a number of both rabid fans and detractors online, with Twitter coming across as largely divided on the topic. Some readings of the spot, meanwhile, have (IMHO) gone a little too far, with Stuart Heritage from The Guardian suggesting the spot is some sort of nightmarish allegory for Trump's America. Take a breather dude. Personally I think it's about time the brand steered clear of the mawkish sentiments they had become famous for, and using a colourful cast of animals as the stars was a very clever move indeed, as it opens the door for a range of soft toys and other assorted merchandising opportunities, which I can forgive due to the charitable implication. Not everyone is as positive and forgiving as me, of course, especially one online movement, which has been pretty damning when it comes to not only John Lewis, but Sainsbury's and M&S.

The campaign I'm referring to openly asks the major supermarkets and department stores famous for their festive ads to withdraw their ads from tabloids that use exploitive and divisive coverage of migrants and foreigners to sell papers. After John Lewis released the spot on social media yesterday, Stop Funding Hate reacted with its own new video featuring footage from the brand's previous ads as well as ads from other retailers such as Sainsbury's and M&S. The video contrasts the caring messages in the Christmas spots with the hostility towards foreigners in the pages of the Daily Mail, The Sun and the Daily Express, and is accompanied by a plea to the public to use social media to put polite pressure on John Lewis and its sister company Waitrose.

Reportedly, the Co-op has already responded positively to the campaign, and has committed to reviewing where it advertises in the future. John Lewis, however, are not willing to play ball just yet. A spokesman for the company, said: “We fully appreciate the strength of feeling on this issue but we never make an editorial judgment on a particular newspaper.” Sounds like a stock answer to me. If the movement gains traction, maybe they'll change their tune, but until then we'll have to just wait and see.

Before I love you and leave you, I'd be remiss not to mention the annual John Lewis Christmas spoof from satirical website The Poke, which was uploaded just 4 hours after the original ad had gone live. That's speedy satire right there! The Poke’s version pf the spot seeks to addresses the disappointment of the child in the advert whose long-awaited Christmas gift gets hijacked by wildlife and her pet boxer dog. 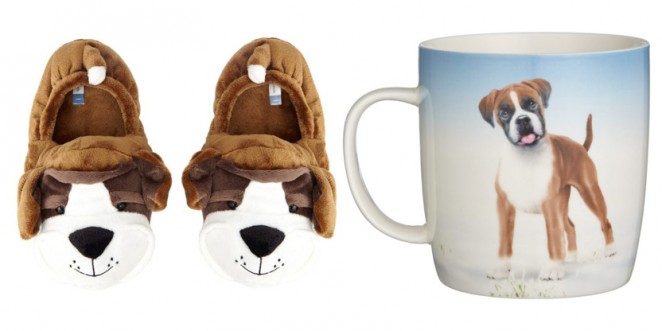 James Herring, Co-Founder of Poke, said: “In our version we have aimed to raise awareness of the mild annoyance of urban wildlife experienced by middle class city dwellers. For many it’s a problem.”

Jasper Gibson, added; “Our video was made for considerably less than the price of a John Lewis Trampoline.” Honestly, I wasn't sold on it until the tagline at the end. What do you guys think? And what do you think of the spot itself and the Stop Funding Hate campaign? As ever, the comment section below awaits your eager discourse.