Toshiba Australia, supported by Windows and Intel, have issued a unique challenge to renowned Japanese artist Tomokazu Matsuyama. The artist known to his fans as “Matzu” was tasked with creating an entire exhibition using only one Toshiba Ultrabook on a trip from Tokyo to Sydney. The idea behind the campaign from Clemenger BBDO Sydney, is to show off the laptop's industry-busting 17-hour battery life. The “Made in 17 hours” campaign follows Matzu as he undertakes the challenge, demonstrating not only his own unique talents, but the stunning battery life of the Toshiba Portégé Z20t. Matzu began the challenge the second he unplugged the Ultrabook’s power lead in Tokyo. He was then racing against the clock, and the battery life, to complete a cohesive body of work whilst en route to Sydney. 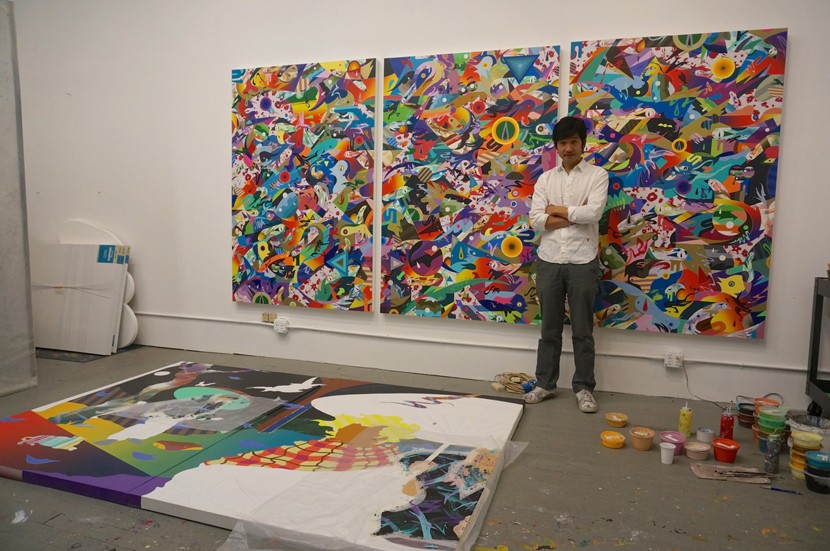 A camera crew followed Matzu as he created works for the opening of the exhibition at The Museum of Contemporary Art, Sydney, which took place on the 24th and 25th June at the Quayside Room.   The artist himself said of the project: “The reason I took on this project was because it was pretty much impossible. It can take 2-3 months, or up to a year to complete one work.”  However, as the video below proves, he was more than capable of putting together a cohesive show in just under 17 hours. In fact, working to such a strict clock forced him to work in a fresh way, resulting in some of his most immediate work.

Says Paul Nagy, ECD of Clemenger BBDO Sydney, said: “What I love most about this idea is that the team took a simple product demonstration and turned it into - not just something entertaining - but something that can truly be classified as art. The work Matzu created during the challenge was mind-blowing, and to see the exhibition at the MCA was very special indeed. Not bad for a story about battery life!”

Toshiba Australia’s head of marketing and communications, Mariana Thomas added: “This is a clear way forward for our brand, centring on an original idea and a stylish, elegant execution. The exhibition at the MCA had a great reception from our target audience and strong media interest - culminating in fantastic coverage for the brand. The ‘Made in 17 Hours’ campaign sums up everything a brand is looking for in a campaign. A lot of hard work went in to this project and it's all been well worth it.”