Less than a week after it was announced they had officially been handed the brand's digital portfolio, TH_NK has launched an innovation new campaign for Britvic's J20 soft drink featuring a unique combination of spoken word poetry and orchestral music. Spoken word poet James Massiah and the Royal Philharmonic Concert Orchestra collaborate in a 90-second spot that aims to show that “There's Joy in the Blend,” perfectly reflecting the brand's blended fruit drink. 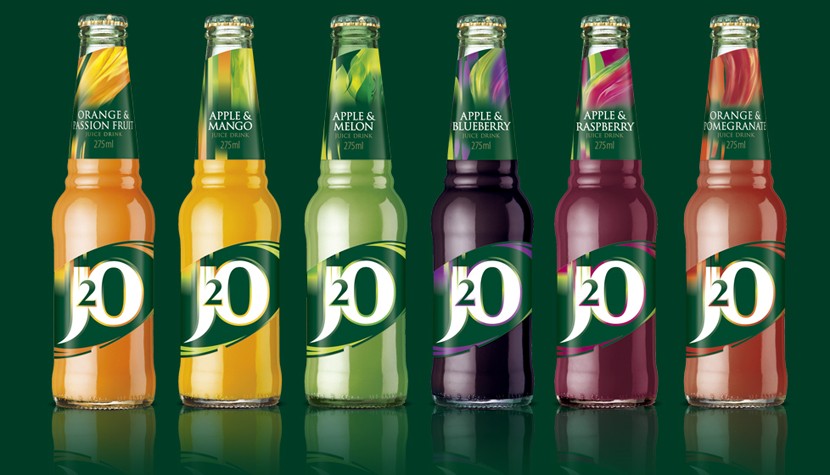 This is the first video of a proposed 20, which will see the stars from these two contrasting art forms blended together in a variety of interesting ways. The idea is for J20 to show that an unusual (on paper at least) combination of elements not normally associated with one another can result in some surprisingly tasty outcomes (both literally and figuratively). Subject matter for the poetry will run the gamut of modern topics; from breaking news stories and pop culture figures, to emotional outpourings and meditations on modern living. Titled “The Big Blend Theory,” the first spot (below), which builds on momentum created by the brand's TV launch last November, sees the orchestra playing the famous “Largo” movement from Dvorak's “New World Symphony” (or “That Hovis Song”) behind Massiah's uplifting prose.

Other classical heavyweights called upon by the world famous RPCO for the campaign include Elgar and Beethoven, with the words drawn from various spoken word styles such as limericks, haikus, sonnets and rapping. South Londoner Massiah is a decorated and diverse poet, with a nomination for Young Poet Laureate to his belt, as well as numerous readings on stages as diverse as Camp Bestival, Tate Modern, Houses of Parliament and an old factory in Peckham. The project is directed by Zaiba Jabbar, a music video and branded content specialist who has previously worked on projects for brands such as Citroen and Asos and artists such as Gabrielle Aplin and Florrie. The films were produced by the Partizan production company.

J20 marketing manager Brian Hackett, said they loved the initial idea when TH_NK pitched it to them. He said “It captures what J2O is about perfectly and juxtaposes the digital ambition of the TV campaign,” which similarly blends two disparate art forms. He feels that “The digital only nature of the campaign allows for greater agility, personalisation and reactivity with the content which aims to bring a little joy to people’s social experiences,” and adds that “There is a high-quality feel to these clips” that belies their roots. TH_NK creative director Phil Wilce calls the campaign a “Hugely ambitious” project, but believes that “The creative and collaborative spirit of everyone involved shines through in every film, and is “Delighted with the results.”