As a hirsute gentleman, I can't say I'm particularly keen on the current trend for full beards. Not only does it make my own luxurious, though sensible facial hair seem paltry by comparison, but apparently since 2013, forgetting to shave for a month makes you an automatic “Hipster,” a term I still to this day won't even pretend to understand. Still, for good or ill, it's a label that seems to have defined a certain niche group of men in their early twenties who favour craft beer over lager and Radiohead over Taylor Swift (both of which could apply to myself of course, which irks me further still), and as such, it's a label that ad land has taken to its breast in earnest. 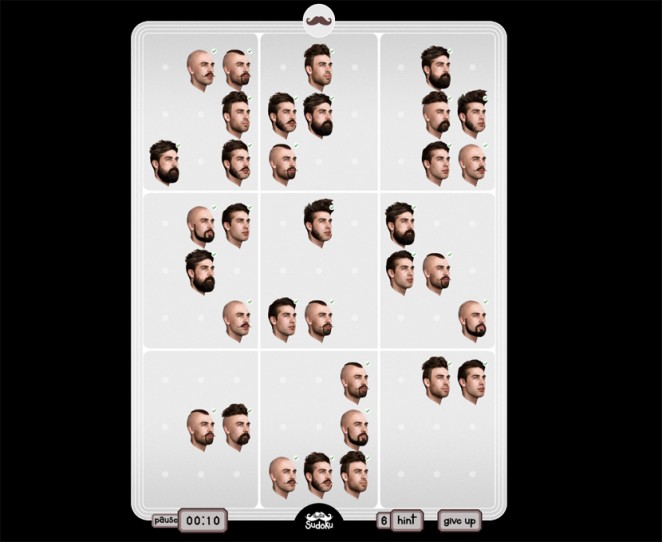 Now, as Movember has shed its skin and we make way for the month that might as well just be called Christmas, J. Walter Thompson London are banking on those of us who chose to grow our facial hair out for a good cause (other than out of sheer laziness) reverting to type and ditching the fuzz. So as recently moustachioed men begin thinking about removing their lip warmers, the agency has created a free online Hipster-based Sudoku game for Wilkinson Sword, a rare example of brand and concept syncing up in perfect harmony.

It has been created to put the Wilkinson Sword brand in the minds in men who are thinking of removing or styling their month-long lip warmers, and to really hammer the moustache theme home, the game is based on a bunch of stereotypical “Hipsters.” Instead of just numbers, the player is challenged to place a multitude of the differently styled vegan Jeremy Corbyn acolytes (to play devil's advocate here, it IS like shooting fish in a barrel) in their rightful place to win. There is also a memory game which challenges players to match the different styles of moustache. 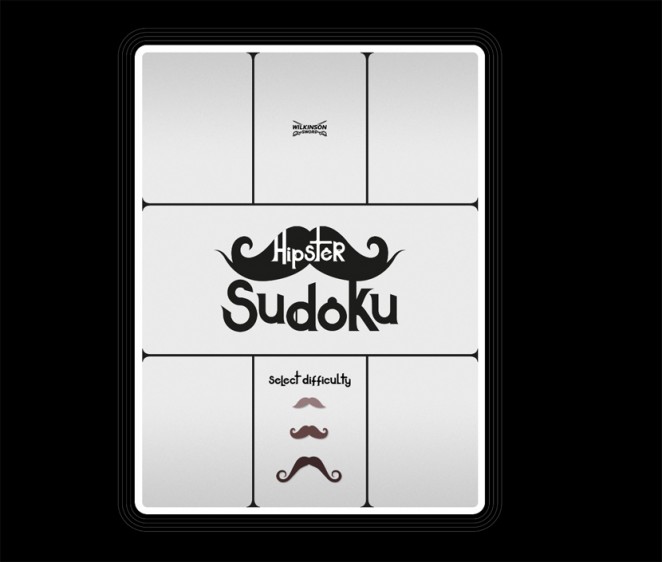 Russell Ramsey, Executive Creative Director at J. Walter Thompson, said: “Hipsters are the kings of the moustache, so making a really playable Sudoku game using their faces at the end of Movember gives us a really effective way of targeting those who have been growing moustaches for charity.” Lucy Oxley, Market Manager at Edgewell Personal Care, Wilkinson Sword's parent company, added: “In this competitive and crowded marketplace, connecting with men on an emotional level is key. The Hipster games provide a fantastic way for Wilkinson Sword to make these connections.”

The game is based on a bunch of stereotypical “Hipsters,” with the player challenged to place a multitude of differently styled Hipsters in their rightful place

It's all very silly and not particularly challenging, but it's a great way to waste a few minutes and will raise a few smiles. Both will be hosted on the Wilkinson Sword UK website and it will be supported by social activity.

Benjamin Hiorns is a freelance writer and struggling musician from Kidderminster in the UK who was seriously considering doing a reverse Movember this year, but was told by his girlfriend that he didn't have a face fit for a clean shave. Charming right?