Last month, we reported on a unique and eye-opening stunt created by J. Walter Thompson and Global children’s charity Plan UK with the help of the Happn dating app, which saw the charity take over the app for a day to underline a serious message to 400,000 Londoners. Instead of seeing lots of other single people to potentially connect with, on the day of the take-over, the users were presented with just one dating choice repeated throughout their timeline; a rather creepy composite face belonging to a fake man called “Mark.” Now, J. Walter Thompson London have expanded on the campaign by launching a film showing users’ reactions to the takeover, which marked UN Human Rights Day and raised awareness of child marriage.

J. Walter Thompson London have expanded on their campaign with Happn for Plan UK by launching a film showing users’ reactions to the takeover 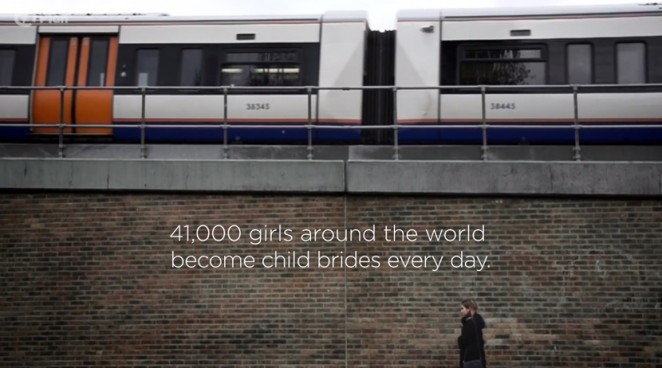 The touching film outlines the shocking statistics around child marriage before filming real life reactions to the takeover and the messages from the children’s charity. When users connected with Plan’s stunt profile they saw a message that read: “When we’re free to date whoever we like, it’s hard to imagine only having one option. So whether you like Mark or not, he’s sticking around.” Plan UK is working tirelessly to stop child marriage (currently affecting 15 million girls globally every year) through the world’s biggest girls’ rights campaign, “Because I am a Girl.”

A Date You Can’t Refuse

The charity’s latest study, conducted with research firm Coram International, exposes disturbingly high rates of child marriage in rural areas of Bangladesh, Pakistan, and Indonesia. The survey, called “Getting the Evidence: Asia Child Marriage Initiative,” reveals one in four girls in Bangladesh is married by the age of 14, and that the vast majority of these marriages take place without the girl's consent. These child brides are forced to drop out of school, have children before they are ready and are often subjected to violence and abuse.

Tanya Barron, CEO of Plan UK, said:“Our work in Bangladesh, Malawi and Guatemala has shown time and time again that the first step to successfully ending child marriage, and other forms of violence against girls, is to break the silence on these issues. We’re delighted to work with Happn on this innovative stunt. We're inviting Happn users to join us in the fight to end child marriage by signing up to the Because I am a Girl campaign. Through collective action, we can bring an end to child marriage and empower girls to fulfil their own potential.” Will Brookwell and Will Helm, creatives at J. Walter Thompson London, added: “When we first read about the issue we were surprised and shocked. It wasn’t really something we knew about, but it had a real effect on us. The more we read about child marriage, the more we wanted to find a way to reach others. We realised that the best way to talk to people about lack of choice would be in the place where they have the most freedom.” 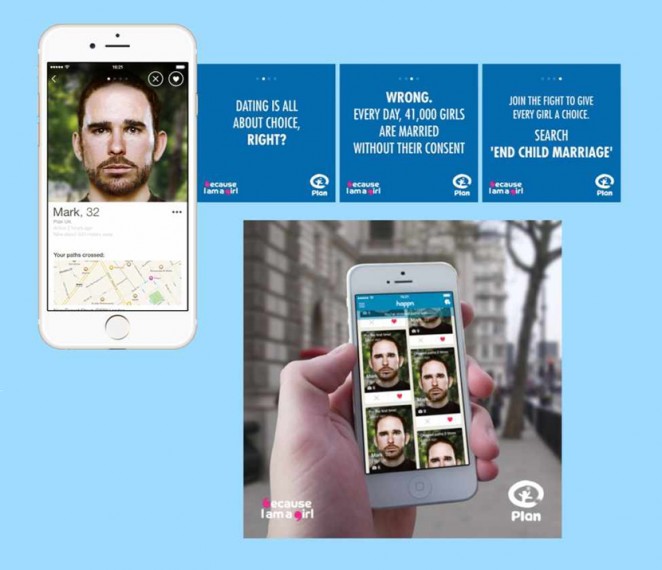