ITV is partnering with VR production company VR City and media agency Goodstuff to showcase the highlights of The Randox Health Grand National in virtual reality, following the success of the broadcaster’s recent ground-breaking VR campaign for the Cheltenham Festival which generated almost two million views across the 4 day festival. Aiming to give viewers a look into the ‘people’s’ race, the VR coverage of The Randox Health Grand National, taking place on 8th April at Aintree, marks the first time that ITV has screened the event.

With the event watched by a wide and varied audience, showcasing the race in virtual reality will give viewers an insight into the UK’s most famous event in Racing. Created by VR City, footage will be captured on the day of the race, immediately stitched together and edited on site, into a one-off 360 highlights recap, made available online from the morning of Sunday 9th April. Unique footage from 360-degree cameras in key positions around the course will give social media users a new dimension, with highlights of the major action from Grand National day. The footage, made available at the end of the festival via ITV's YouTube and Facebook accounts, is designed to allow viewers to immerse themselves in the most exciting moments on and off the course. 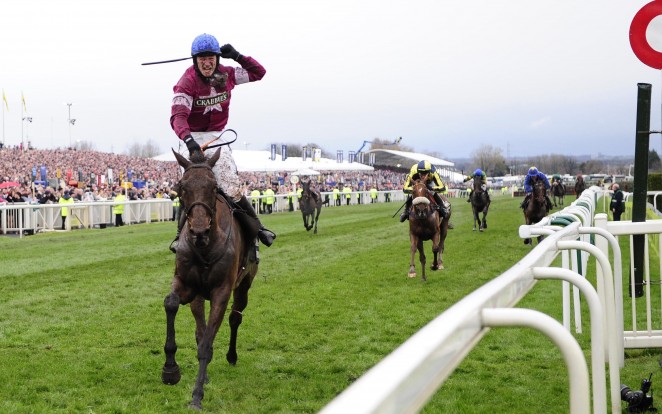 Laura Moorcraft, Business Director at Goodstuff, said: “The popularity of the VR highlights package for Cheltenham Races demonstrates how brilliant VR is as a way of giving viewers an entirely new perspective on their favourite sport. Racing is renowned for its thrill and excitement, so it’s great that we can bring this to people through the use of new technology.” Ash Cowan, Co-founder of VR City, added: “It is incredibly exciting to be working with ITV and Goodstuff once again to bring The Randox Grand National to its fans in a virtual reality experience. Bringing VR City's market-leading expertise of live and fast turnaround high quality VR production for major events to ITV's first-class horse racing coverage means that hours after seeing the race on TV fans can experience a totally unique and immersive view point, bringing them even closer to the people’s race and all it has to offer.”

ITV and Goodstuff have also teamed up with Ocean Outdoor to live-stream The Grand National in three British cities. Marking the first time the flagship race has been screened on ITV the screenings also mark the start of a four-year deal to screen live horse racing on terrestrial television for close to 100 days each year. The simulcasts will run on outdoor screens, including the Liverpool Media Wall, Manchester Printworks and Eat Street in Westfield. Live countdowns will air throughout the day, before the event itself.

Ed Ross, head of marketing and media at ITV, said: “The Randox Health Grand National is truly the race that stops the nation. We are hugely excited to be screening this in such a unique way to as many people as possible.” Priti Kara, Ocean Outdoor associate director, added: “This collaboration with Goodstuff is part of ITV’s vision to take the nation’s favourite sporting event to an ever wider audience and adds to the original content partnerships Ocean is forging in the dynamic out of home space.”