Is 'Stop Funding Hate' a force for good?

In 2016, the lines between many progressive and intolerant ideals are beginning to blur at an unprecedented rate. Consider the marches currently taking place up and down the (somewhat ironically-named at this point) United States right now. These are largely progressive, liberal people, holding their ground in protest of President-elect Trump and his hateful rhetoric, backwards campaign promises and a potential cabinet that reads like a political Legion of Doom. Whilst I wholeheartedly agree with the sentiments behind these protests, it can't be denied that many of the assorted progressives and voices of dissent are guilty of spouting just as much vitriol as the right-wing electorate they are rallying against. They are also working off exactly the same embers of anger, disappointment and hate that laid the ground work for President Trump in the first place.

Meanwhile, closer to home, the 'H' word has been making waves in ad land thanks to an ambitious new campaign aimed at getting big businesses to stop advertising in tabloid, right-wing papers that they view as being guilty of sparking hatred against refugees, immigrants and minorities; effectively the same groups vilified by the Trump campaign. The headlines favoured by these rags work on exactly the same manipulative rhetoric favoured by Trump's PR machine, and it's exactly the kind of emotional manipulation that can exacerbate an already divided society if it's left unchecked. Worse, it's used not to inform or inspire, but to sell papers. However, by guilt-tripping brands into being more selective about where they ply their wares, is the Stop Funding Hate campaign any different from those protestors blocking streets and shouting at buildings over in the US? In both cases, their hearts are mostly in the right places, but it could be argued that how they are going about achieving their goals might actually be further widening the divide they are trying so hard to close. That's if the campaign is successful, however, and so far it's been a bit of a mixed bag.

Stop Funding Hate began making headlines a couple of weeks ago, when the campaign released a video to social media (above), which called out brand such as Lego, Walker, John Lewis and Sainsbury's. The video underlines the disconnect between the festive sentiments espoused by these major brands at this time of year, and the divisive hate speech featured in many of the papers they choose to advertise in. Richard Wilson, the Founder of Stop Funding Hate, explained: “It is great in some ways that the companies like John Lewis are tapping into these values to position themselves and market their products, but it is a weird contradiction, because the rest of the year they are giving money to organisations like the Daily Mail whose values are quite the opposite.”

Lego has already responded, and has agreed to cut all ties with the Daily Mail and Gary Linekar; the face of Walkers, has also help talks with the brand about its relationship with The Sun, which no doubt holds particular significance to him given that paper's recent attacks on him for his views on the refugee crisis. The Co-Operative Group have also said it is reviewing it's advertising policies. John Lewis, however, has resisted the call, issuing the following statement: “We fully appreciate the strength of feeling on this issue but we never make an editorial judgement on a particular newspaper.” Basically, thanks, but no thanks. Honestly though, above all else, I'm just glad the campaign has thrust this debate out into the open and made brands at least question their moral obligations, even if the machinations behind it are a little bit crude.

The last thing we need with a topic such as this is an echo chamber situation, so for balance, I managed to catch up with an industry insider, Jonathan Fraser, CSO at Exposure Digital last week, and asked him what his thoughts were regarding the campaign. 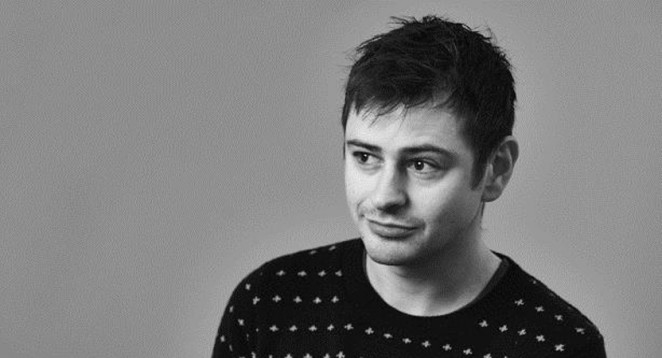 What might campaigns such as Stop Funding Hate mean for the immediate future of advertising?

“I hope this recent pressure from brands will make publishers re-evaluate their product, moving away from trading on circulation figures and keeping advertising and editorial as separate entities. Brands and their advertisers need to stop evaluating campaign success on reach. Having worked as a media planner, I know all too well that while media agencies state they consider context, it’s a total lie sold to brands. The era of reach based planning should have died a death a long time ago. You’re in front of over two million people. Great. But is your product or message actually relevant? And out of those two million, who actually cares you’re there? We should instead embrace context by evaluating impact.”

“Publishers need to see their product as more than just a newspaper or magazine. They are a brand in their own right. Therefore they need to consider who they are, what they represent and the agenda they wish to push through both editorial and advertising. That is what they should sell to advertisers, not how many people see their publication.”

The campaign has already earned support from Lego and The Co-Op, but major players such as John Lewis and Sainsbury's remain on the fence, despite the messages extolled in their recent Christmas ad campaigns. Who is right in this situation? Is anyone right

“We only need to look at the tiny error New Balance recently made after Trump was announced as president-elect and the hugely negative impact it’s had on the brand. When it comes to pressure from the public on such a scale, there is usually good reason for it. If the average consumer can see a huge disjoint between your brand and a publication, it’s usually time to make a change. And these consumers are not stupid. They’re not asking for the likes of Paddy Power to drop out, as they understand their values may match more with the paper than those of Lego.”

“Brand and publishers alike need to consider their brand values. What does the Daily Mail represent? Because the values of the newspaper do not represent those of a brand like Lego or John Lewis. As we’re all aware, print is on the decline. This is leading to a shift from traditional advertising within newspapers and magazines, towards online and digital advertising. Smart brands therefore are moving away from focusing on the traditional, so this movement by everyday people is a nice reason to kick start that change. If anything, Lego has received more positive publicity from this move than they ever would have actually through advertising in the Daily Mail.”

Is it really up to brands to pick and choose where they ply their wares and services? Or is it up to the advertisers to make sure the messages steer clear of hypocrisy?

“Brands should be the guardians of who they are and what they stand for. Of course, it’s great to push out a positive message through your comms, but that level of integrity becomes washed out when you team up your voice with that of a publication known for being very anti on a lot of social topics.”