Every summer, heat takes over the conversation in Latin American cities. People talk on the streets, in taxis, in newspapers and on the TV. But nowhere does the heat rise as quickly and burn as fiercely as it does on social media. So, to combat the heat, the London and Buenos Aires based independent social and digital agency Impero, used a custom algorithm to track real time heat related mentions on social media across several Latin American countries.

The online mentions fuelled a “social thermometer” brought to life through an interactive billboard attached to a container filled with 7Up. Every time the needle reached the red zone, the container opened delivering an ice cold 7Up to everyone! In addition to the hero content and to help bring the campaign to life in digital format, Impero also created a series of snackable social “Heat Hacks” to reinforce 7Up’s summer promise: “It’s 7Up vs the Heat.” A dedicated microsite and always on social conversations spanning the Latin American markets tied the whole campaign together.

On the strategy, Federico Stier Impero, Managing Director of Impero in LATAM, said: “With the mercury known to hit 30°C, or more, in Latin America we needed to come up with an innovative way to keep consumers cool and refreshed. So, what better way to do it than through social thermometers, interactive billboards and off the wall summer heat hacks. We are very excited to be working with 7Up to deliver these tailored solutions to markets.” On the brief, Alfredo M. Della Savia, LATAM Marketing Manager for 7Up, added: “We needed to create a fully customisable campaign so that all our 7Up markets could receive tailor-made solutions to suit the customers’ needs. It’s great to see Impero’s work come to life.”

After a competitive pitch process in June last year, which saw the team win 7Up within their first week of the agency launching in Buenos Aires, Impero were selected to work on the brands summer campaign project. The ongoing work will be hubbed out of Latin America and see Impero work on four projects taking them through to 2018. 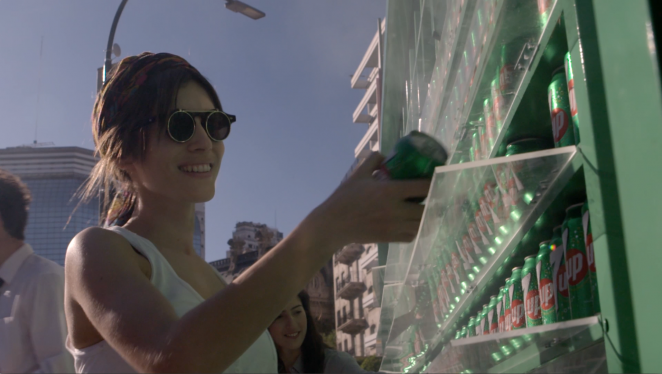