Context, context, context. As the cookieless future approaches, we will hear more about context and contextual advertising, be it location-based or else.

In an ever-shifting brandscape triggered by the pandemic, the need for increased personalisation is now stronger than ever. Generic ads will not quite cut it anymore – brands will be required to stay agile, tapping into the consumer's subconscious and leveraging contextual data such as location, weather, time of day and more. In this context, how can brands achieve true personalisation and stand out to avoid falling behind? The answer may lie in dynamic personalisation.

It’s time to bridge the gap between data and creativity. We reached out to Niki Stoker, Chief Operating Officer at A Million Ads, to learn more about the topic below. 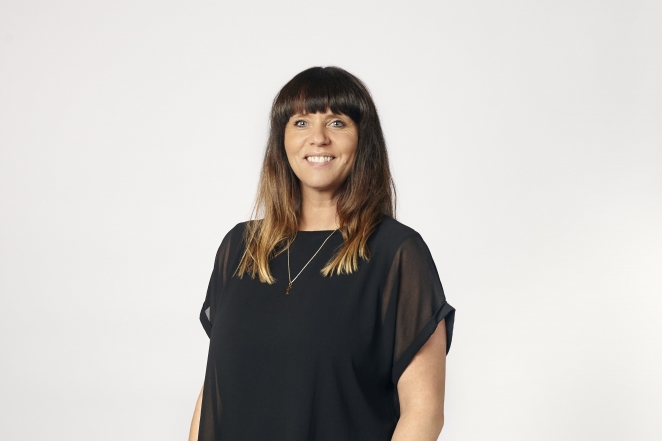 Evolution through personalisation - don’t let your brand fall behind

Being understood and having our needs anticipated is something we’ve all come to expect in an age when the likes of Amazon and Netflix have raised the bar on customer experience through personalisation.

When it comes to advertising, however, ads are often still generic and rarely use frequency capping, leaving audiences wondering why they repeatedly hear or see the same ad for ice cream when it’s wet and cold outside. And whilst this might be because brands are skeptical of personalisation in fear of being too creepy, they needn’t worry.

Earlier this year, A Million Ads ran research with Attest which found 56% of people surveyed are willing to exchange their data for better ad experiences and 55% revealed they would consider buying from a brand whose ads are personalised. The same research found that 77% are annoyed at hearing the same standard ads repeated time after time.

This comes at a time when brands have needed to change messaging at a moment’s notice to stay relevant in a fast-changing world. You only have to think of how quickly KFC had to drop its ‘finger licking good’ tagline last year to realise how important it is for brands to stay agile. In fact, those brands who don’t embrace personalisation in their advertising approach will be left behind in the race to grab the consumer’s attention and in doing so, will waste precious media budgets.

Enter dynamic advertising. It allows brands to change an ad’s audio and visual messaging as it’s playing so it’s personalised to the person listening and served in the most relevant and appropriate context, based on a series of data cues. Further, through sequence and rotation, ads can be made even more dynamic, ensuring the messaging stays fresh and thus helping to avoid ad fatigue.

These inputs include demographic and, if available, behavioural data from the publisher, to know whether a person is interested in that specific advertiser’s category. It’s then possible to add layers of context, such as location, device type, day of the week, time of day and weather.

It means, for example, a car brand looking to promote a new model could call out the local dealership of the listener encouraging them to visit and take a test drive. But it doesn’t have to stop there. Additional data points like the weather, day of week, time of day and more can play an important role in fitting into consumer moments. So, when it’s raining there could be wiper blades sounding in the background, whilst highlighting the car’s excellent break features during bad weather.

Tapping into the subconscious

The good news is that it’s already been proven that personalisation and contextualisation boost engagement through our subconscious. Neuroscience has shown our minds process 40 million bits of information every second, but only one millionth of that is being processed consciously. Our subconscious tells us the most important things relevant to us to concentrate on, so we don’t get overwhelmed.

However, it’s by tapping into these subconscious cues that advertisers can boost engagement. In one well known experiment, researchers from the University of Leicester asked a supermarket to alternate between French and German music on different days. On the days French music was playing, French wines outsold German varieties. When German music played in the background, the opposite effect was seen.

When customers were questioned, they typically could not recall which music was playing and had no explanation for why they had selected a bottle that matched the music’s origin. Consumers clearly had not acted on this consciously, but their subconscious made a big difference in driving purchasing behaviour.

Further, researchers at the University of Dundee have also found that sound can play a large role in defining premium quality in a category. With their beer experiments, they found bottles sounded more premium than cans and the smooth auditory cue of a beer being poured denotes a higher level of ‘premiumness’ than the sudden click of hearing a bottle being opened.

But these are not just academic theories; we are proving it works. By using the most apt data signals we can ensure the most contextually relevant audio cues are delivered through a dynamically created ad.

For example, we’ve worked with challenger brand Under Armour on a dynamic unified audio and video campaign to help promote its Flow Velociti Wind trainer, whilst fitting in with consumer rhythms and moments. The creative messaging was geared around the time of day, weather, location and device type, whilst calling out different product features on rotation. For example, on a sunny Saturday morning in London, one version of the ad could call out the grazy grip of the shoe, the sunshine outside, the fact it is a weekend day and the city you’re in.

In total there were 46,080 possible audio ads variants, which allowed us to call out different attributes of the shoe and in doing so, avoid ad fatigue. A brand effectiveness study we ran also showed that of those listeners and viewers that noticed the personalisation in the ad, 64% had an overall positive brand perception of Under Armour and 81% said they’d consider buying the trainer. For the dynamic video ad, we delivered 4,320 possible ad variants and 70% brand favourability and 75% purchase intent.

As another example, we recently ran a campaign for Warner Music to promote music artist Ashnikko’s new single ‘Cry’, featuring Grimes. The ad used real-time data to contextualise the content and tap into various personal moments in the listener’s life, allowing Ashnikko to speak to her fans in a personal way.

The campaign generated 252 ad variants and drove a 1.24% click-through rate to the song on Spotify, which was 4X higher than the average generic music ad the client had run so far.

Brands, their agencies and their creative teams may sometimes wonder if dynamically creating ads is too expensive and time consuming, especially given how many variants they may need to create. But there’s no need to be alarmed, it normally only takes roughly a two-hour session with a voice over artist to record the necessary lines which are then fed into the Studio Platform.

To boost efficiency, brands can record more than they need for one campaign and simply bank unused lines for future creatives. They may choose to record all of their store’s locations, for example or perhaps add context through covering a range of celebrations, such as Christmas, Valentine’s, Father’s Day and Mother’s Day.

This extra hour in the studio is worth it in the long run because it allows a brand to move beyond recording a single ad in an hour to recording thousands of possible variations for a multitude of campaigns. And with artists charging per impressions, rather than versions, this is a perfect way to make the most of a brand’s media budget.

Data - the gold mine for advertisers

Brands and marketers are also not limited to the use of contextual data to create personalised, dynamic ads. Publisher, DMP or DSP data, such as gender, age, household income or user preferences can be integrated to create a truly relevant ad.
Similarly, bespoke data sets, including first, second or third party segments or live API integrations, can be a gold mine for advertisers. For example, we’ve run successful campaigns that use live betting information with brands like Ladbrokes, Bwin or Coral, calling out the odds for different race horses or mentioning the teams playing in a game that day.

As consumers we consistently switch between platforms, from streaming your favourite playlist over breakfast, to watching the latest binge-worthy series at home. Audio and video are therefore two great mediums for creating and sustaining emotional connections.

To succeed, brands should focus on more data-driven campaigns with creatives that transcend media channels and consider opting for a dynamic multi-channel approach, as we’ve seen in the case of Under Armour.

Personalisation is part of our human evolution. It’s in our past so, inherently, it’s going to be in our future. It’s time to bridge the gap between data and creativity and really think about media efficiencies and creative efficiencies. But most importantly, it’s time to think about the consumer – and actually putting them at the heart of all advertising.

Niki Stoker is the Chief Operating Officer at A Million Ads.