How can brands handle woke capitalism?

So 2020 was the year in which we saw brands moving increasingly closer to their consumers, in an attempt to show an understanding and humanity in the wake of the Coronavirus crisis. However, this was but the culmination of a long path which global organisations have been paving for years, as consumers are increasingly aware of the political stance of brands when it comes to social issues.

How can brands handle woke capitalism? How can they tap into social issues and still avoid backlash and cancel culture? Sure, taking a firm position will expose them to some criticism – but will it be enough to stir a public relations crisis?

There are already examples of this from last year alone, and we can only expect this purpose and social justice issue to grow bigger as we move along. We got in touch with Alex Felton, Senior Account Director of Reputation at the PHA Group, to learn more about the topic. 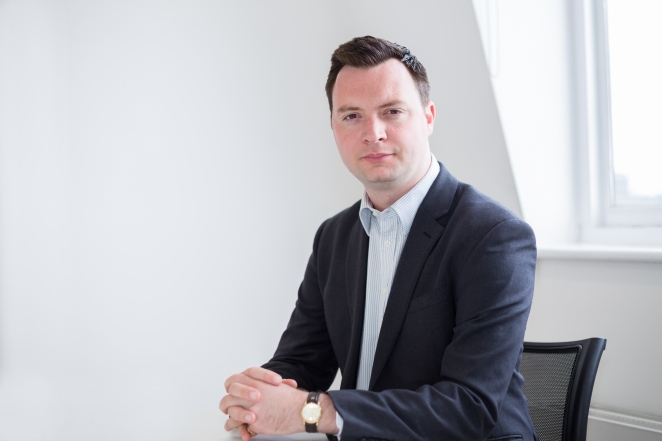 Brands struggling to get a handle on woke capitalism

2020 has been a year that has turned conventional business wisdom on its head, with brands and companies engaged in white knuckle mode for the duration of the past twelve months. Through the chaos and newspaper column inches filled with reporting of insolvencies, administrations and job losses, there have been few highlights to shine, but those that have managed to push through have been able to resonate with consumers on a more amplified level.

In times of uncertainty, a reassuring pledge or campaign that helps wider communities beyond their own every day, can stir a sense of pride and loyalty almost instantly. Taking those to account in government who may not fully understand the implications of their emergency policies and actions and ask for change in a meaningful way can attract both the media and the public in a manner we would not have seen pre-pandemic. Couple that with cutting through the noise (when advertisers and marketeers may have reduced their budgets that would usually contribute to that everyday drumbeat sound of brands and celebrity), you have a very powerful marketing tool.

But what about the power of woke? How do we measure cancel culture and potential backlash? Questions that brands shy away from and are worried about raising internally so as not to open up an array of issues that could ultimately be detrimental to a steady traditional corporate culture. Well, woke capitalism is not going away any time soon, but using clever messaging and pivoting to cover these bases will ultimately help cut through and reach a consumer ready and willing for that feel good factor. Let’s dust off the CSR policy handbook that you left back in the office, slim it down, modernise and put it across LinkedIn or pop it in your Instagram story.

Earlier this year, the Manchester Utd footballer Marcus Rashford broke rank from his teammates on the training pitch and called on MPs to give government support to provide free meals to schoolchildren. Hundreds of small businesses including restaurants and hotels across the U.K said that they would also help to provide free meals, as many people saw a rare moment of national agreement in what has otherwise been an unhappy year. In the offices of the US corporate giant Amazon, staff sensed a prime marketing opportunity.

After the 23-year-old footballer tweeted his gratitude to those who had stepped forward, the account run by the online retailer’s new sports streaming service reposted his message, attaching an Amazon watermark to it, with the words: “Marcus Rashford is a national hero.”

There was an immediate backlash, with social media users savaging the company jumping on the bandwagon. On Twitter, some critics pointed out that if Amazon truly cared about the most disadvantaged in society, it might improve its own labour policies, pay more in taxes, or donate more of its profits to charity. The woke reaction was not what the social media managers had in mind. On paper it was an opportunity, but after execution it became a public relations calamity.

Companies and brands are feeling increasingly obliged to wade into the world of politics because that is what consumers are continuously asking for. A brand ethos aligned with the conversation and debate du jour is what resonates and achieves cut through. With social media and various diversity and inclusion policies draped across corporate websites, consumers are keen to see their favourite fashion labels, kitchenware brands and high street stores engage on everyday matters. What do they stand for? Who owns them? What is the real story here? Google has given everyone a modern application tool to search for information and social media has given a voice to any opinion that may be cultivated as a result.

Dior is another international brand that has left itself open to widespread criticism, with its defiant support of their brand ambassador Johnny Depp. The US actor, who earlier this year was ordered by a high court judge in London to pay The Sun newspaper an initial amount of £630,000 in legal fees after the court found this month that there was overwhelming evidence he attacked his then wife, Amber Heard, during the mid-2010s. Depp has said through his lawyers that he will be appealing but it was certainly a tremendous blow to his reputation. But Dior has stood by him and kept him as the face for its signature scent: Sauvage.

Dior's support for Johnny Depp last year has opened the brand to widespread criticism, but also to some praise

Ad campaigns for the fragrance have been repeatedly broadcast and plastered across the newspaper pages, as fans of the actor, using the hashtag #Justiceforjohnnydepp, have been posting messages of support on Twitter and Dior’s continued association with him. “Johnny Depp is still the face of Sauvage, because Dior aren’t idiots,” said one post.

Since the ruling, which dismissed Depp’s claim that The Sun had libelled him by calling him a “wife beater”, internet searches for Sauvage have increased by 23%, according to the beauty website Cosmetify. The cologne is the bestselling male fragrance at The Fragrance Shop and is in the bestsellers list at The Perfume Shop. Whereas the power of woke and cancel culture can be a devastating blow to a brand, alternatively loyalty of diehard fans can increase sales. Issues management has become a daily reality for most brands and marketers.

The problem of authenticity is just as much of a concern among investors, with almost two thirds of British private equity firms considering environmental, social and governance (ESG) principles in their investments, according to BDO, the accounting group.

Whether any of this will shift business in the direction of a conscientious and stakeholder-based model of capitalism remains to be seen, but CEOs and CFOs internationally are recognising the need to put their money where their mouths are, on social pronouncements.

Different rating systems trying to hold companies to account in areas such as human capital, supply chains and tax policies have sprung up in the past year, including metrics produced by the Global Impact Investing Network and Institutional Shareholder Services. Investors and VCs want to know the route of their capital and where their money will go. Woke capitalism swims upstream as well down it seems.