Among the many fascinating terms originating from Gen Z and millennials, Cancel Culture is certainly an interesting one. It connects brands and influencers with the direct consequences of their actions, paving the way for an age of brand reputation in which being neutral is no longer enough in the eyes of the consumers.

Long gone are the days in which brands were only expected to create products and memorable campaigns for their consumers. In the age of social media, and especially after a year like 2020, brands are expected to take a stand in social issues and those working against other people's rights will most certainly suffer grave consequences in the future.

There's a whole lot to say about cancel culture, and whether it is a thing or not – so we reached out to someone who could tell us more about it. Below you'll find the opinion of James Maxwell, Executive Creative Director at Teamspirit, on how brands can survive in the age of cancel culture. 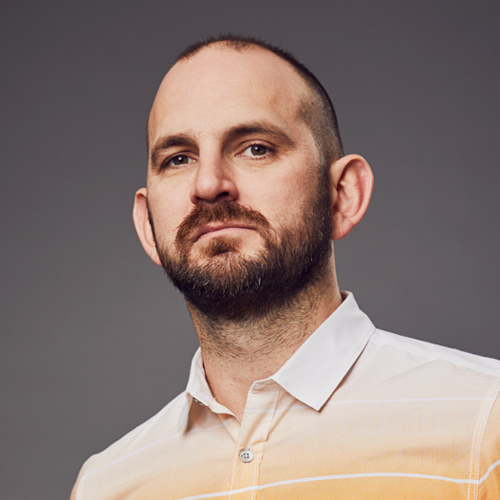 James Maxwell is the Executive Creative Director at Teamspirit

Cancel Culture or Consequence Culture: Can brands be cancelled?

You’ve heard it shouted across Twitter streams and derided in Daily Mail columns.

So, what is it? And is it really ruining society? And importantly for us, what does it mean for brands big and small?

Cancel culture refers to the practice of withdrawing support for a person or company, often on social media, based on their views or actions. It then often moves to boycotting of services or products. The term “Cancelled” came from millennials and Gen Z referring to a person, ‘Twitterati’ or Instagram influencer as “Cancelled” or relegated to the dustbin of social media.

The term is often used as an insult, or to make points about the sensitivity of a generational group – such as Gen Z frequently hailed as the ‘snowflake generation’ for taking offence too easily, and for joining forces to ‘take to Twitter’ over matters that baby boomers didn’t bat an eyelid over. Some also view ‘cancelling’ as a method of curtailing free speech. Mob rule, some would say.

Those who decry it most tend to be journalists, whose views some generations disagree with, get called out for, and then decry it from a paid for column somewhere else.

Does “Cancel Culture” really exist then? Or, perhaps, do we just live in a world of consequences?

With social media, greater brand transparency and the opportunity to share “bad” behaviour or views in an instant, those consequences come hard and fast. From politicians, to celebrities, to singers, to influencers, to captains of industry. All of them are, often inadvertently, leaving a breadcrumb trail of views, opinions and actions that others can call upon to expose, hold them accountable, or ultimately ‘cancel’ them.

So, what’s the story for brands?

If the so-called mob is taking umbrage with your brand, or your actions or inactions, that’s more than a debate about free speech. That’s a fundamental business risk.

Not on the right side of #metoo? You’re alienating a lot of customers.

#BLM and #climatechange? These are not just angry teens on Twitter, these are global mass movements, the likes of which we’ve never seen before, and which brands have never had to deal with.

But when it comes to brands taking sides, neutral doesn’t work. Desmond Tutu once said:

“If you are neutral in situations of injustice, you have chosen the side of the oppressor. If an elephant has its foot on the tail of a mouse, and you say that you are neutral, the mouse will not appreciate your neutrality.”

If you’re not acting for the betterment, for justice, there could be a boycott in your future. And while the falling sales can be far less impactful than feared, if at all, the brand damage is not.

For example, Chick-fil-A is still considered in the US a no-go purchase for queer society. Known for its long history of donating to charities with anti-LGBT stances, and comments from its CEO opposing same-sex marriage, it’s been a target for campaigners calling to boycott its restaurants. I quote, “If you truly support queer rights, you won’t patronize Chick-fil-A restaurants.”

Chicken burgers? Cancelled. Or is it boycotted? And is there a difference?

Historically, we had consumer boycotts, and they often worked highly effectively – you only have to read ethicalconsumer.org to see a decent history of its successes. The organisation regularly names and shames the companies who rate lowest in terms of ethical and environmental record. This empowers the consumer to not only consume ethically, but to withdraw support from companies not taking a stand on important issues.

I’m reminded of 1910s America where, due to the Temperance movement, brewers were boycotted, ruined and smashed up because Americans opposed to the German names and, of course, for selling beer! Could this be an historic example of Cancel Culture at work before it became known?

And if Cancel Culture applied to countries, we’d call them sanctions. As a South African, I’m all too aware of their power to topple.

Both consumer boycotts and cancel culture appear to be a case of people picking and choosing where their attention and money goes, according to the beliefs they have.

So, why are brands worried?

While brand boycotting and protesting has been around for centuries, the difference this time is speed and openness. Facilitated by social media and the traditional media, calling out a brand can be done in an instant, building momentum before it has had a chance to respond or react.

It can be anything. Tweets, customer service, supply chains, board members. As brand owners, we suddenly have to be super vigilant, aware that we’re watched from all sides, with nowhere to hide.

It's tough, but fair.

It’s tough, but fair. Perhaps instead of Cancel Culture then, we’re looking at Consequence Culture. Or even Callout Culture. A world where words and actions have consequences, and where accountability is more readily cast out. A world where we’re all entitled to our own beliefs, but not if that belief comes at the expense of somebody else. Along the lines of a quote from Stephen Fry – perhaps people have confused the right to speak with the right to be heard.

For influencers or individuals, ‘cancelling’ can be very damaging, resulting in trolling, victimisation or, in some cases, verging on harassment. For brands, it’s less easy to be ‘cancelled’ entirely. While the dial is turning, people are still more capable of separating their beliefs from their consumption, and the risks associated with ‘cancelling’ an individual do not apply in the same way to brands.

An infamous example of this is Pepsi’s 2017 advert, which led to huge backlash after featuring supermodel Kendall Jenner at a protest, which many viewed to trivialise the Black Lives Matter movement. This was Callout Culture at its peak, with the force behind the backlash resulting in Pepsi pulling the advert, a public apology, and significant embarrassment for the brand. However, there’s no evidence that the controversy led to any long-lasting damage to the brand’s sales. ‘Cancelling’ a brand is tricky. But as I said before, brand damage can be severe. And the Kendall Jenner ad is still discussed today as one of the worst brand failures of all time.

All of this means that brands need to be more conscious about how they act, and what they are, or are not, saying.

Some do’s and don’t’s for brands

Social media is an important vehicle to express the voice of a brand, and in recent years, it’s become more than just an extension of existing marketing material. It needs to be treated as a professional platform, not a trivial one, meaning a strategic and considered approach.

Having a set of values that underpin a brand is a good way of ensuring that all employees can demonstrate what’s important to the company. This can be implemented into all activity, from day-to-day work and treatment of colleagues, through to the bigger campaigns under the scrutiny of the public eye.

Think of it as a risk assessment. How could that Tweet, that video, that advert go wrong? How does that manufacturing decision impact how people view the company’s ethics or environmental stance? It’s about identifying the ways that each decision could possibly be interpreted from the eyes of the consumer.

Consultancies like Corporate Citizenship help businesses develop the right strategies to make more sustainable decisions or consider their impact on society. Getting guidance could be the best way forward for brands conscious of their behaviour.