Sandrine Boulet has given London a much-needed cheeky makeover with her cartoon inspired designs. Forget those grey towers or the pigeons down at Trafalgar Square, and instead enjoy these magical Mary Poppins moments and sausages riding the tube. If it sounds a bit bonkers, that’s because it is. But the Parisian artist is no stranger to brightening up cities. She made the Eiffel Tower go topless, after all.

Boulet takes pictures of objects and doodles on top of them, bringing new meaning to the everyday. She wants to retain the childlike nature of seeing the world, saying ““When you are a kid, you spend hours laying down in the grass seeing/visualizing amazing things in the clouds. Well, I have decided this should never stop”. And seeing the world through child’s eyes is a great way to counteract the stress of citylife and those rush hour panics. Instead, it her work lets you take a step back and put a positive spin on the day-to-day. And anyone who alters the tube map to create ‘Naked Bowie Road’ is our favourite person ever (see below).

And with these Londonvisions, she’s bringing her experimental work to KK Outlet for a full-scale exhibition, until the 27th June. As a self-declared ‘hallucinartist’ there’s a playful element to her work, that seeks to make the viewer rethink what they see, taking you into a world between dreams and reality. There’s more than a nod to Disney classics, like Alice In Wonderland, as well as reimagined superheroes like Bat-Tea-Man. These nonsensical riffs are both charming and childish, but Boulet doesn’t care. Her’s is a surreal land, so surreal in face her artist statement is inspired by Bowie:

“Those words of this Bowie song describe better than any of my words how I feel: ‘There is happy land where only children live… It’s a secret place and adults aren’t allowed there Mr Grownup…’”

So if you’re around London, have a little look at these works that combine illustration, photography, urban art interventions and the glory of TfL. It’s a London you won’t forget in a hurry, that’s for sure. 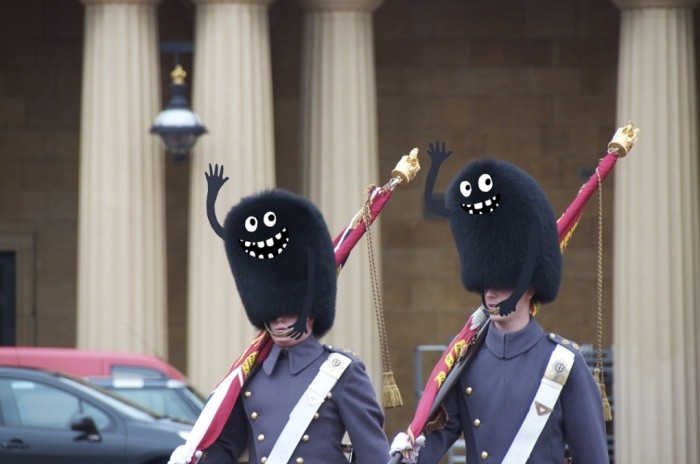 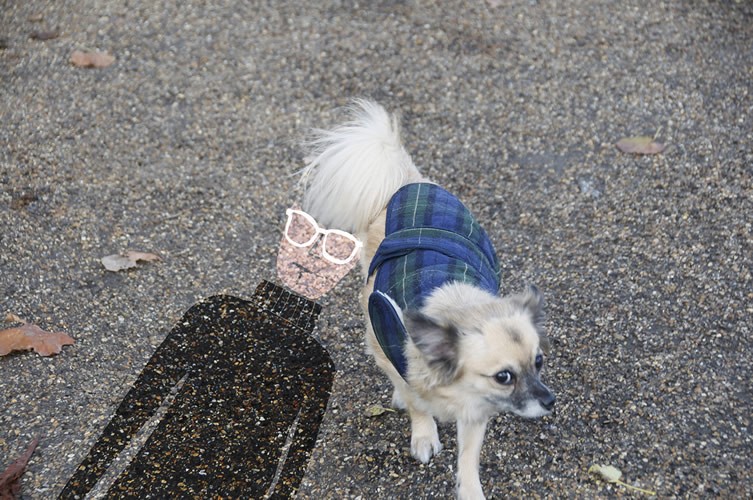 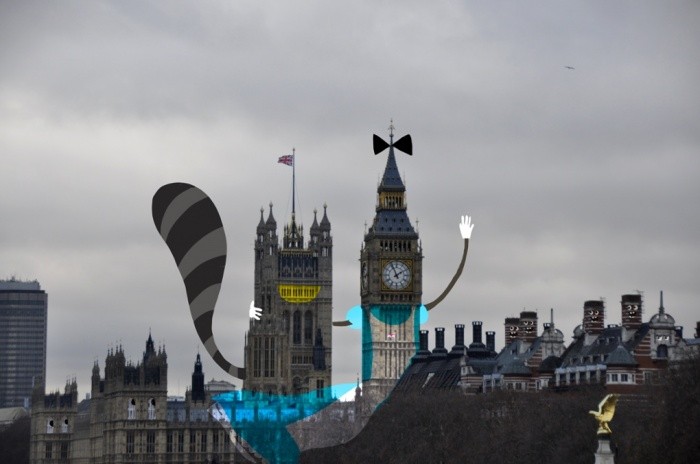 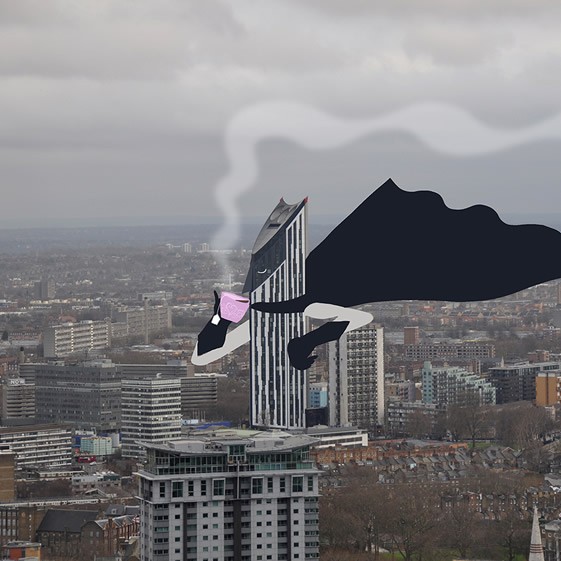