The great and powerful Google recently published a report advising app developers on how to maximise user experience through design. The report is titled “Mobile App UX Principles: Improving User Experience and Optimising Conversion,” and, according to Google, identifies a “Critical need to improve user experiences and conversions” in a market flooded by apps that shape “New transactional and service expectations.” In other words; apps are gradually becoming one of the most widely used commercial platforms, which is obviously in Google's best interests, so they hope to help developers improve the usability their apps and thus further increase the number of users who choose to spend the lion's of their money through their phones and tablets. The report was developed after a piece of research carried out by Ipsos MORI for Google, called App-Nesia, found that most people prefer using apps to using browsers on a mobile because they’re quicker to load, easier to navigate, and save log-in details. However it also found that people are downloading apps and then forgetting to use them, something that Google obviously hopes to iron out.

Four key principles have been outlined in the report; Adopt, Use, Transact and Return. “Adopt,” is concerned with “Removing roadblocks” to usage and adoption, which includes designing apps so that users can access content as quickly as possible, and with engaging opening screens that draw the user in instantly. The idea is to “Never make users wait,” and only offer tips or help when they're needed, as hand-holding can not only take up valuable time, but can come across as condescending. The Adopt principle also underlines the need for an app home screen that helps users complete priority tasks, and navigation that's clear and task orientated, with only primary navigation and content visible by default. On data capture, meanwhile, the report states that “Only if your app is dependent on user data to provide value should you request sign-up,” and even then it stipulates that “You request the absolute minimum data, and display clear benefit statements for sign-up.” 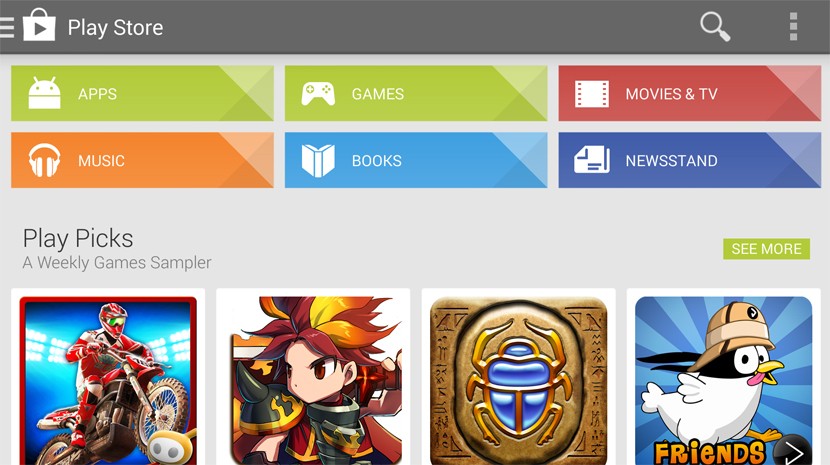 For “Use,” the report outlines how apps should be handling conversions, which are defined as actions such as “Add to Basket” and “Buy Now.” According to Google, these are customer decisions made on the strength of strong product screens, and a quick and easy search engine, that also lets users quickly transact, save for later, and share the items they have to make decisions on. The report recommends that developers should simplify conversion decisions, by allowing users to search quickly and effectively for what they want, which also includes cross device and offline support, so they can continue their “Transaction journey” on other devices.

Four key desirable app design principles have been outlined in the report; Adopt, Use, Transact and Return

In its “Transact” advice, Google advises developers to place emphasis on convenience so that users pass through each checkout stage without getting distracted. Pre-determined data is also encouraged, allowing for one-click transactions and single-screen checkout! To encourage “Return,” finally, Google says an app must be useful and must “Engage and delight” users so that customers are retained and that loyalty is encouraged. The value of strong content and design is also emphasised in its advice on customer retention. The report states that developers should “Enhance the user experience with appropriate content, tone of voice, engaging visual design, the subtle use of motion and transitions, or by providing better ways to discover content or items, and ensure the user never confronts dead-ends.”

Most of these tips might sounds quite obvious, but you'd be surprised just how many badly designed apps are currently flooding the Google Play Store. Apple don't have to worry about this, of course, as they have to vet every app that ends up on the iOS App Store, but Android's open source system, means that any app can end up online, regardless of its quality or worth. As such, Google has (in our humble opinion) made a wise move with this report, let's just hope the fledgling developers out there take notice of it!