This week we’re getting to know former Engine Creative Director and current ECD at The Brooklyn Brothers, Orlando Warner.

While he’s only been in his ECD role for a few months, Orlando has already been making waves over at Brooklyn Brothers and has brought a wealth of experience with him to the role, including a turn as Creative Director at M&C Saatchi.

We sat down with Orlando to talk how he helped change the definition of the word “bully” and why we should be striving to cultivate a greater level of trust in advertising. I have just started as Executive Creative Director at The Brooklyn Brothers. It’s an exciting time to be here. There’s a whole new management team with like minds and big plans. This morning we’ve been sorting out guest speakers for The Night School - an evening course to promote diversity in the creative industries. There hasn’t been a typical day so far and I’m going to do everything in my power to keep it that way.

Finding the right balance of how emotionally involved one should be with the work has been hard at times. I am passionate about what I do. You have to be. But that can be as detrimental as it is beneficial. I like to think I have now found a way to maintain a healthy emotional distance.

I grew up in London. And as David Bailey said: ‘If you’re curious, London’s an amazing place.’

I have been lucky enough to win quite a few awards, including the Grand Prix at Cannes this year for The Kiyan Prince Foundation. But I think the win that has meant most to me was a campaign for The Diana Award, an anti-bullying charity.

We managed to change the definition of the word ‘bully’ in all the dictionaries (Oxford, Cambridge, Collins, Google etc) from ‘Those who use strength or influence to intimidate those who are weaker’ to ‘A person who habitually seeks to harm or intimidate those whom they perceive as vulnerable’.

Clearly, it’s completely unjustified to class the bullied as weak and it needed to change. This campaign didn’t win any awards, but that really didn’t matter.

My biggest loss… well I think any creative feels loss on a daily basis. Don’t get me wrong, I love the job, but as an industry we see our ideas brutally compromised on a regular basis.

You just have to learn to do everything in your power to keep them alive and get them out into the world in one piece. And when that happens, there’s an overwhelming sense of pleasure that’s like nothing else. My father was a diplomat. We used to travel a lot and he relished dragging me round every museum and gallery out there - from buttons to Basquiat, shovels to Chopin.

He showed me how all knowledge is interconnected (as opposed to existing in isolation) and managed to create a huge tapestry in my mind where these parcels of knowledge could be linked together. Sadly, there are still a lot of gaps in my tapestry. It’s pretty thread-bare in places but the quest continues.

Industry-wise it’s impossible not to revere the late, great Bill Bernbach. He seems to me to be the founder of modern advertising as we know it. All his advice is applicable as much today as it was to New York ad land in the 50’s. Had it not been for him, copy writers and art directors might still be on different floors.

Within the industry I have met many inspiring individuals. My old boss Graham Fink was admirably single-minded in his quest for something different, and Ed Morris I admire for his critical analysis and depth of thinking. But there are many beacons of inspiration out there, which is one of the best things about the job.

My choice of hairstyle - a Mister Whippy affair fashioned from an explosion of curls. Advertising came last in a recent Ipsos poll of trusted professions. Public faith in the industry has never been lower. Even cabinet ministers are trusted more (WTF!). I would love to see brands and agencies working towards a position of responsible credibility.

Fortunately, consumer behaviour is dictating that companies engage with social issues and are willing to punish brands that don’t support good causes.

There’s always a better way. Great ideas can be blown out for any number of non-sensical reasons. You just have to summon the energy to crack it again. Sometimes you’ll come up with something far better.

And don’t moan. The job is hard enough already.

It’s fine to say you don’t have the answer.

Gallup conducted the most detailed study ever carried out on how people feel about their work, involving millions of workers across 142 countries. They found that 63% were ‘not engaged’, which is defined as sleepwalking through their workday and 24% were ‘actively disengaged’, which means they were actively unhappy.

That left just 13% engaged and committed to their work. Considering it’s about a third of our lives we spend at work, I would love to create an environment where my team feel fulfilled by what they do. I would really like them to be in the 13%. Because when you enjoy work, it shows in the work. 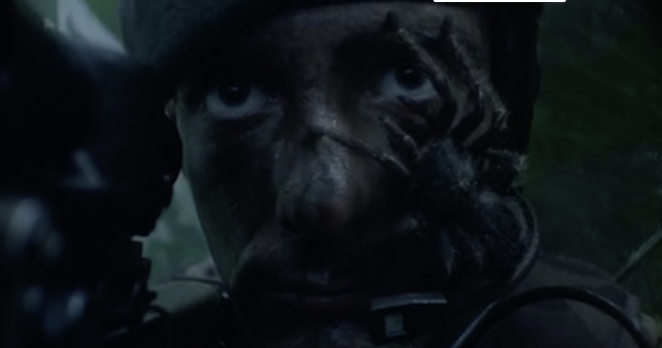