Gender stereotyping: No smoke without fire

This month in advertising has been dominated by a cream cheese bagel-scoffing dad abandoning his baby to a conveyor belt, a pram-pushing mum and moon-walking men.

The first bans the ASA has handed down since its gender stereotyping legislation came into force two months ago, have triggered uproar at what is perceived as a draconian overreaction. As usual Twitter has erupted, and both the IPA and ISBA have questioned the ASA’s application of their new rules. I have some serious reservations of my own about how the rules have been applied.

But let’s take a deep breath and ask ourselves: if everyone was doing a brilliant job of promoting equality, then why do we need ASA legislation in the first place?

The cultural conversation around diversity and equality – not just in the sphere of gender but in sexuality, colour, religion and even age – has been building over many years. Around the world women and men, young and old, regularly pick apart and crush the lazy ‘pink and blue’ stereotypes.

"Let’s remember that at the core of this organisation is a mission 'to make every UK ad a responsible ad'."

They rail against outmoded gender portrayal that they believe do harm to the creation of the egalitarian society so many of us wish to live in. But cultural awareness and lively conversation alone is clearly not enough to tackle a problem that refuses to go away.

The ASA is not leading the conversation, but by banning advertising from Philadelphia and Volkswagen it is responding to it with force. Let’s remember that at the core of this organisation is a mission 'to make every UK ad a responsible ad'. As such, the ASA legislates where it sees a persistent issue in the advertising industry. So instead of crying "foul play", let’s talk about responsibility – not the ASA’s and how it applies its rulings - but the clients and agencies who make the creative work.

In advertising, we’re (very lucky to be) in a privileged bubble. But as humans we all slip into subjectivity. What are the unconscious biases people come to the table with? What kind of ‘lens’ do they view creative work with? If they spot something that doesn’t feel right, are they going to be heard if they speak up?

"This is about forcing equality (or lack thereof) to the top of the agenda... This affects us all – as both advertising folk and consumers."

The responsibility lies with clients and agencies to have these conversations from the beginning. To bake the right message into the upstream planning work, not just pay lip service to equality at the casting stage. It means staying accountable (from C-suite to intern); stepping back and forcing objectivity into the process. If it takes this uproar to force the issue, then so be it. People should be thinking harder, earlier.

The message to take away from this month is not about whether the ASA’s gender equality rules are right, or indeed if they have gone overboard in applying them. This is about forcing equality (or lack thereof) to the top of the agenda. It is designed to make us think hard about what Jess Tye of the ASA argues is the harmful cumulative effect of seeing outdated and arguably offensive gender stereotypes over and over again. This affects us all – as both advertising folk and consumers.

Ultimately, what offends, harms, misleads or is deemed irresponsible will vary from human to human, and the ASA will continue to rule as it sees fit however much Twitter blows up. But by falling into the trap of lazy stereotypes for the sake of a gag (and at least one of the ads in question does so), we in the industry are not doing a good job of making work that people can truthfully see themselves in.

If we don’t acknowledge this every time a new brief lands on the desk, we are failing in our collective responsibility to create work that speaks to the people we most want to impress – the consumer. 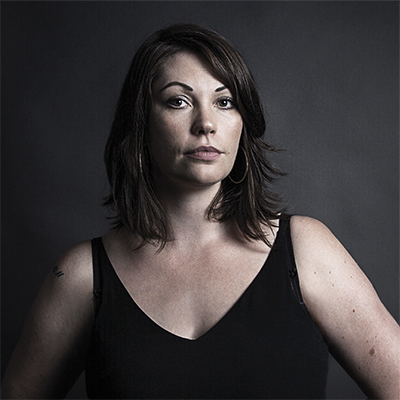