Game of Thrones becomes a Game of Parts

Game of Thrones is a pop culture phenomenon like few others. It's wilfully ponderous and defiantly adult with a capital A, and yet through the power of its deft storytelling and damaged, but relatable characters (not to mention the epic battles, copious nudity and dragons) it has become comfortably the most popular fantasy franchise since Star Wars. As such, brands as advertisers alike have been milking off its success for years now, so a sense of GoT fatigue has understandably set in.

We've seen everything from blogs depicting advertising agency staff reimagined as characters from the show, to chatbots and more ambitious campaigns built around using the show to drive tourism to Northern Ireland, where some of it is filmed. So I thought I'd seen everything there was to see, however, every once in a while, something GoT themed pops up that genuinely grabs my attention. The “Game of Parts” is one such activation.

To celebrate the new, seventh season of Game of Thrones, which lands on Sky Atlantic in the UK in just two weeks time, the team at VISION, a company that deals in car parts, have created a game in which the user plays along to the stirring Game of Thrones theme tune with honking car horns, using the arrow keys on your keyboard. It's like Guitar Hero, only doesn't require you to spontaneously sprout four extra fingers. 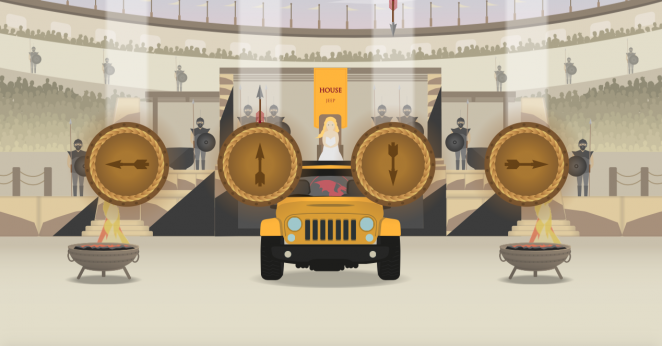 The game, which is also touch enabled for mobile devices, is a simple, silly, but well made little distraction that probably isn't officially endorsed by the show or its producers, but is a masterclass in using pop culture to get your brand message across. The game was created, according to its designers, to “celebrate the release of Game Of Thrones while also educating people on what VISION does and how it works,” and hits the mark quite wonderfully.

Created with the help of automotive business consultancy Bluegrasscoms, it's a game any thrones fan owes it to themselves to waste 5 minutes on. So make sure you check it out before HBO cotton on and have it taken down. A link to the game can be found here: http://gameofparts.vision-bluegrasscoms.com/. I've managed to nail a perfect 40 score. Can you?

Great use of marketing and current culture!!