Nissan has teamed up with famed London-based architectural firm Foster + Partners to develop a new, more refined design for electric vehicle charging stations, which will take into account the rise in popularity on electric cars in the UK and beyond. The companies are drawing up plans for what they’re calling the “Fuel Station of the Future,” which will cater for the one million electric vehicles they estimate will be on the road by 2020. The concept, which will be revealed at the end of the year, will focus on improving the infrastructure for zero-emissions and autonomous vehicles, whilst also harnessing battery storage and vehicle-to-grid technology. Supposedly the team has already drawn up plans for an electric fuelling hub it believes could eventually replace petrol stations, but we’re getting ahead of ourselves here. Given the relatively long current charge times for electric cars, Foster + Partners' vision will hopefully include an increased focus on retail opportunities or meeting points, but everything is speculative at this point.

Nissan has teamed up with Foster + Partners to develop a new, more refined design for electric vehicle charging stations 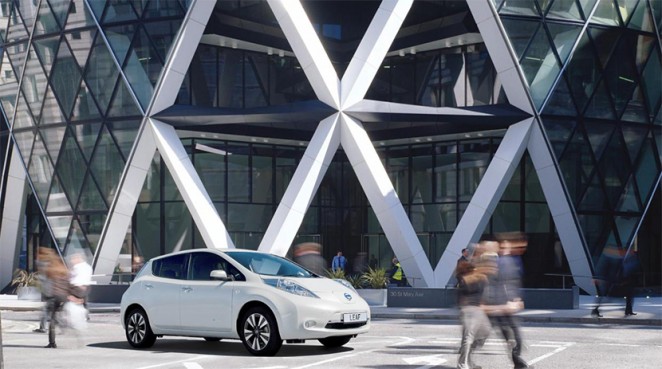 Sales of the Japanese car brand's electric models such as the Nissan Leaf (the first mass-marketed 100% electric car) grew by 33% in 2014, and Nissan claims this growth pattern will continue to accelerate beyond 2015. At the beginning of this year, its design for an electric black London cab was approved for passengers, and numerous new electric and hybrid vehicles models were also announced at the Geneva Motor Show this year. Tesla founder Elon Musk, whose company produces only electric vehicle and is blazing a trail with its own “Supercharger Stations,” also recently unveiled a pair of batteries that plan to reduce the reliance on fossil fuels for generating electricity for homes and businesses. Add to that the fact that Apple is also heavily rumoured to be working on its own electric car (though we hope they won’t call it the “iCar”), and it appears that the era of the electric car isn’t just near, it’s here! 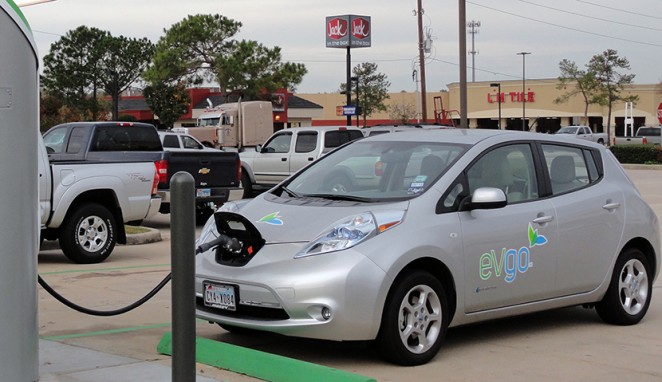 David Nelson, head of design at Foster + Partners, hopes that the design will allow fuel stations to perform a more integrated and communal role. He said: “The aim of our collaboration with Nissan is to highlight the magnitude of the challenge that we face in evolving our cities to meet change. New technologies, alternative forms of fuel and charging trends within our society are all having a huge impact on the way we get around. It seems to be clear that electric vehicles will be a major feature of the urban landscape and, as a result, this presents an exciting opportunity to rethink the fuel station for future generations; a new approach to design will create a more integrated and communal role within our towns and cities.”

The concept will focus on improving the infrastructure for zero-emissions and autonomous vehicles, whilst also harnessing battery storage and vehicle-to-grid technology 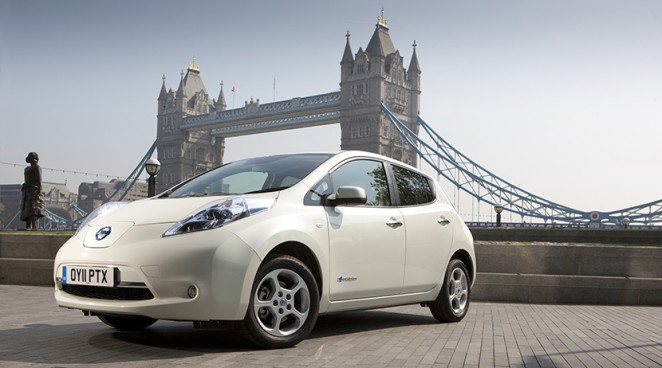 Jean-Pierre Diernaz, director of electric vehicles at Nissan, feels it was imperative that better infrastructure be put in place for the growing numbers of electric vehicles. He added: “Our current refuelling infrastructure model is out-dated and faces an uncertain future unless it rapidly adapts to support the changing needs of consumers. By 2020, there will be almost one million EVs on the road, so it is imperative that there is an infrastructure in place to support this growth. This initiative will take the first steps along that road to examine the wider transportation landscape and re-imagine the future of mobility, preparing our cities for a more sustainable future.